When reports emerged late last month that Treasury Secretary Steve Mnuchin wanted the federal government to be "compensated" for any grants provided to airlines to cover payroll costs, it sparked a panic of sorts among airline shareholders.

At the very least, it deflated airline investors' newfound optimism. Many began to worry that the airlines would be required to pay dearly for any aid they received in the form of equity, warrants, or other securities that would dramatically dilute shareholders' holdings. As a result, shares of each of the top six U.S. airlines fell by double digits in the week following the Senate's passage of the CARES Act on March 25.

All six (American Airlines (AAL), Delta Air Lines (DAL), United Airlines (UAL), Southwest Airlines (LUV), Alaska Air (ALK), and JetBlue Airways (JBLU)) have reached tentative terms for payroll grants under the CARES Act. And the terms do include warrants for the government. Nevertheless, the much-feared equity dilution has turned out to be quite minimal.

Despite lots of pushback from airline executives, labor groups, and Democratic members of Congress, Mnuchin and his deputies held firm on not giving away the $25 billion earmarked for payroll grants to commercial airlines with no return.

The basic structure of the deals being signed with various airlines is that 70% of the money is an outright grant, while the other 30% comes as a 10-year low-interest loan. (For reasons not clear to me, some airlines, including JetBlue and Alaska Airlines, seem to be receiving closer to 73% of their disbursement as outright grants.) The loan can be repaid at any time at par.

To receive the payroll protection funds, airlines must maintain service to every point in their networks (with minimal exceptions) and agree not to conduct any involuntary furloughs or rate-of-pay reductions before Oct. 1, 2020. They also had to accept limits on executive compensation for the next two years and will be barred from paying any dividends or repurchasing any stock through Sept. 30, 2021.

Additionally, the government will receive 5-year warrants to buy stock equal to 10% of the loan amount. The warrant exercise prices have been set at last week's closing price and can be exercised in cash or via net share settlement, at each company's option.

For example, American Airlines recently disclosed that it will receive $5.81 billion from the payroll support program, with $1.71 billion (just shy of 30% of the total) coming in the form of a repayable loan. For the equity compensation, it will issue warrants for Treasury to buy $171 million of stock: approximately 13.7 million shares at $12.51 per share. 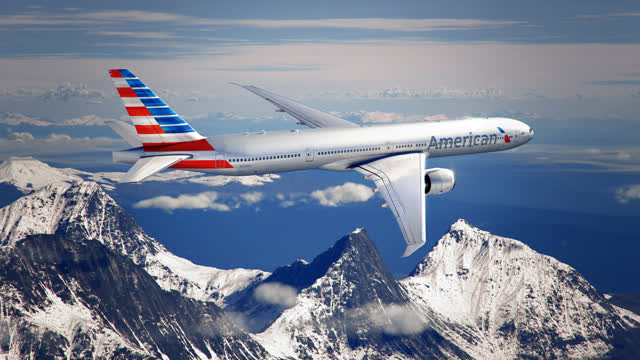 Here's the approximate number of warrants and exercise price Treasury will receive for each of the top six U.S. airlines, as well as the percentage ownership stake that the warrants would represent.

While these figures have been widely reported, they exaggerate the likely level of dilution from the payroll support program. If airline share prices don't increase over the next five years, the warrants will expire worthless. If share prices do rebound, airline equity investors would only experience the level of dilution portrayed in the table if the government were to pay cash to exercise its warrants.

To the extent that airlines opt for net share settlement, dilution would be lower. For example, if United Airlines stock were to double to $63/share, under net share settlement it would only issue 2.3 million shares: roughly 0.9% of its equity. (The price appreciation relative to the strike price of $31.50 for 4.6 million shares would be worth $145 million, translating to 2.3 million shares at the assumed price of $63.) Thus, dilution will be modest even for the airlines that have to issue the most equity. Most airlines participating in the payroll support program are likely to experience dilution well below 1%.

Some airlines will take more loans and more dilution

In addition to the payroll support program, the CARES Act made a separate $25 billion pool of low-interest loans available to passenger airlines to address current liquidity constraints. These loans will have similar terms: participating airlines must issue warrants to buy shares worth 10% of the loan amount (again based on last week's closing price).

American Airlines has already declared its intention to apply for a $4.75 billion term loan under this part of the CARES Act. If American receives the full amount it has requested, it will issue another 38 million warrants to buy American Airlines shares: nearly three times the amount issued related to the payroll support. Even so, if American opts for net share settlement, dilution will be less than 10% in any plausible scenario.

Alaska Airlines has also said it intends to apply for these loans, but didn't specify an amount. However, Alaska has higher margins and a much stronger balance sheet than American, so its equity valuation is much higher relative to its size. Assuming it were to borrow $1 billion, it would have to issue an additional 3.2 million warrants, bringing the total to 4 million: a little more than 3% of its share count. Actual dilution would likely be less than 2%, depending on Alaska Air stock's performance over the next five years. 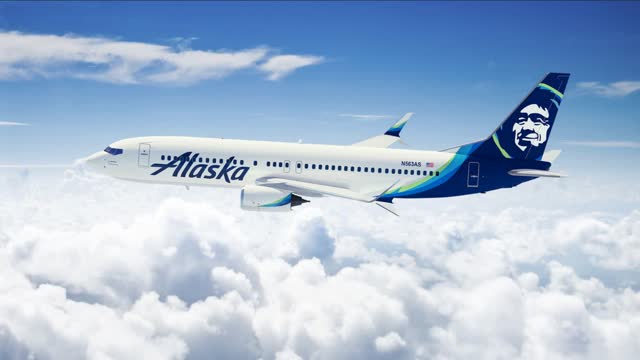 So far, other airlines have been coy about whether they plan to apply for additional loans. Many are likely to skip this part of the assistance package, as banks have been willing to lend against their unencumbered aircraft and other high-quality collateral at very reasonable interest rates.

What does it mean for investors?

Despite all the handwringing of the past few weeks, the equity warrants attached to the payroll support loans are immaterial to the investment case for any airline. Even including the additional loans (and associated warrants), dilution will be quite minimal.

American Airlines faces the most potential dilution by far, and even if its stock price tripled by 2025 (an extremely bullish scenario), its share count would increase by just 8%, assuming net share settlement. In other words, shareholders aren't giving up much upside through these warrant issuances.

Instead, rising debt levels and varying prospects for returning to breakeven or better next year should be the top-of-mind concerns for investors. American Airlines and United Airlines are poorly positioned from this perspective. Among the top 6 airlines, American ended 2019 with the lowest margins and highest leverage by far. The current crisis will put it in a financial black hole that will be hard to dig out of. United is slightly better off, but not by much. Its undersized hubs and position as the U.S. airline with the most exposure to international travel are key weaknesses in the current environment.

As I discussed last month, Southwest Airlines and Alaska Air are quite attractive by comparison, due to their low pre-coronavirus leverage (especially Southwest), competitive cost structures, and modest CapEx commitments. As the best-capitalized U.S. airline, Southwest in particular may be able to exploit growth opportunities that become available as weaker rivals retrench. Both are still relatively risky stocks compared to the broader market, but I am convinced that both companies have the financial strength to survive and will emerge a few years from now with strong profits relative to their current valuations. 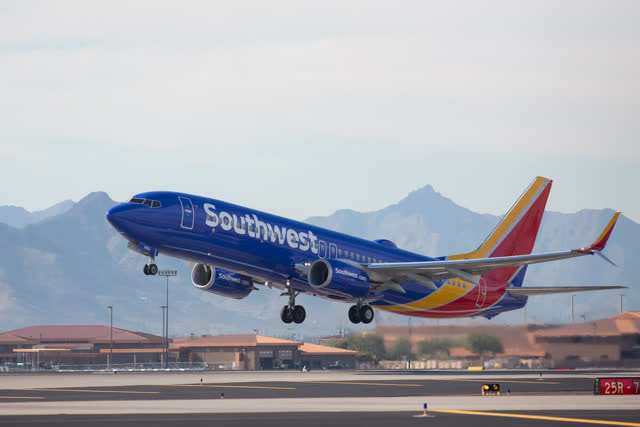 For more enterprising (and risk-tolerant) investors, JetBlue Airways and Delta Air Lines are worth a look. While the COVID-19 pandemic hit the U.S. much harder than I expected when I wrote my last update on JetBlue in early March, I remain extremely bullish on the airline's long-term prospects. In fact, the current downturn should make it easier for JetBlue to gain access to crowded airports in Europe and take market share as it begins its transatlantic push over the next few years, just as the post-9/11 downturn allowed it to grow in New York two decades ago.

As for Delta, the airline has numerous smaller hubs and focus cities that are ripe for cutbacks in the 2021 market environment, where demand is likely to remain well below 2019 levels. It also has room to remove some capacity in its major hubs without losing scale or risking market share losses. Meanwhile, it has lots of older planes that are ripe for retirement. Longer-term, its financial strength relative to most global airlines could allow it to go on the offensive and gain profitable market share in certain international markets.

In short, from an investment perspective, not much has changed over the past month. Airlines with better balance sheets should be able to ride out the current crisis and return to strong profitability over the next several years. Those with weaker balance sheets, like American Airlines and United Airlines, face much longer odds as they try to recover.

Adam Levine-Weinberg CFA
8.1K Followers
Adam Levine-Weinberg is a value investor who has been researching and writing about stocks for Seeking Alpha and The Motley Fool since 2011. He graduated from Swarthmore College in 2007, received an M.A. in Political Science from the University of Chicago in 2009, and received his CFA charter in 2017. He is always on the hunt for irrationally beaten-down stocks, particularly in the aerospace, retail, real estate, and auto sectors.

Disclosure: I am/we are long AAL, ALK, DAL, JBLU. I wrote this article myself, and it expresses my own opinions. I am not receiving compensation for it (other than from Seeking Alpha). I have no business relationship with any company whose stock is mentioned in this article.