A Quick Look At S&P 500 Inclusion Criteria And Methodology

S&P Dow Jones Indices has a set menu of criteria in its methodology for inclusion in the S&P 500. There is some flexibility, however. To be in the S&P 500, a company must satisfy criteria:

There are two other criteria for inclusion in the S&P 500 with liquidity and investable weight factor, as well as, several rule exceptions, including one for Berkshire Hathaway (BRK.A) (BRK.B).

Ultimately, most stocks are removed from the S&P 500 for ongoing market cap violations and weakening of their financial viability. Currently, the S&P has delayed their scheduled rebalancing due to coronavirus COVID-19 related volatility. The next rebalance will occur soon.

The Shale Patch Is Suffering From Shrinkage 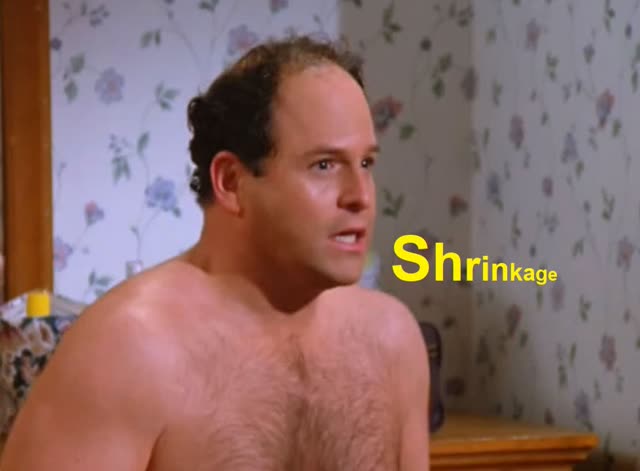 As I discussed in Burying Oil With No Resurrection In Sight and Shale Oil's Final Theft From Shareholders the shale patch is in terminal decline. It will never return to 2019 production records ever again. Shale has Costanza-like shrinkage.

While shale will not disappear imminently, it's in the "run off" stage of its useful life. Over the next two decades, shale will go shrink from the main producer of American oil to a drop in the bucket. Believe it or not, here's why:

And that's just the supply side. On the demand side we have:

Here's my oil supply/demand equation, which is not far off from McKinsey and several other major analytical firms. I have simply made this my base case. Oil could tail off faster, but not likely slower.

You'll notice that I have notched in a production decline for this year and next, but it does not appear to be as great as the announced OPEC+ cuts. Actually it is. The OPEC+ cuts are only about 3mbd because the cuts are based on 2018 production levels. Fine print matters.

So, where does that leave shale producers and the service companies? Ask George.

Helmerich & Payne "is the leading U.S. unconventional driller" according to itself. That means shale. And, as noted above, shale is in a world of hurt. The company will survive, but in a much smaller way.

Company revenues were $2.67 billion in the trailing 12 months. As of a month ago, 65% of their fleet was on term contracts, but clearly with oil producing companies on the brink of bankruptcy, that's likely to come down or at least rates will be reduced. The remaining fleet has essentially no demand. Looking forward, a revenue number around half of the previous 12 months in the next 12 months would seem optimistic.

Helmerich is doing what they can to preserve the dividend, but it won't be enough to fight the smaller footprint of the company. While they have a decent balance sheet by industry standards, they still carry enough debt that will challenge a lower revenue company.

Again, Helmerich will survive as a smaller company in a smaller industry. They will even likely regain profitability in a year or two. However, they are far under the market cap requirement for the S&P 500 at only about $1.8 billion. I expect Helmerich & Payne to be removed from the S&P 500 imminently.

Apache is more than just shale play, but even their global assets are nothing to be super excited about. I do actually expect Apache to be bought for shares by another company, likely a major, at a price below the recent low. How do I come to that conclusion?

Apache has long been a rumored takeover target. But alas, no suitors have wanted to pay the dowry. The company's North Sea and Egypt assets are fire sale priced already. The Egyptian assets likely need a different buyer than a U.S. major, as none operate in Egypt. Italian major Eni (E) is a possibility. Apache's U.S. assets are a mixed bag, with conventional assets, Gulf of Mexico and Permian leading the way.

If Exxon Mobil (XOM) or Chevron (CVX) buy Apache, it will primarily be with shares. A sale of the Egypt sales would mimic Occidental Petroleum's (NYSE:OXY) sale of African assets to Total (TOT). I believe that Apache's assets are worth somewhere in the range of $12-15 billion to a company that runs them to maximize profits (not growth). With net debt and liabilities of about $13 billion that means the takeover price should be around zero - which means that private equity isn't really a bidder. Hence, a low ball, mostly share deal from a major. It's either that or bankruptcy at some point.

Apache's market cap is under $3 billion now and they haven't been profitable for a while. They will almost certainly be removed from the S&P soon. And with that removal, their share price will fall into the takeover zone I identified.

Noble Energy's share price already has sunk like a concrete block in the ocean. It doesn't get much better than the mini-rebound we just saw. Just six weeks ago, they were talking about returning significant cash to shareholders. The company has more than $7 billion in debt and their assets, like all the other company's assets, are barely worth their debt.

Going through their assets, they have a grab bag like Apache, all of which they overpaid for. Their Eastern Mediterranean assets are never going to export the gas envisioned. While Israel will benefit from cheaper energy, Leviathan will not be a major profit generator for Noble. The West African assets will never be fully developed in a million years. Their American assets have some value in Texas, but their Colorado assets will have a hard time getting a bid. Again, all bids are in the context of a company looking to make money, not grow for growth's sake as most of the companies under discussion.

Noble is unprofitable, has been for over a year and is down to $3.4 billion in market cap. Say goodbye to the S&P and those ETF inflows.

National Oilwell Varco is a drilling and services company that was one of Jim Cramer's favorites back in the day. Can't you hear him Scramering now! 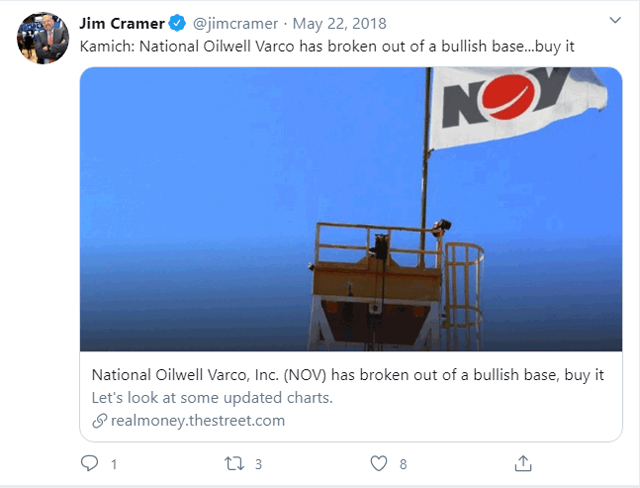 This one is operational expenses. It tells a powerful story. 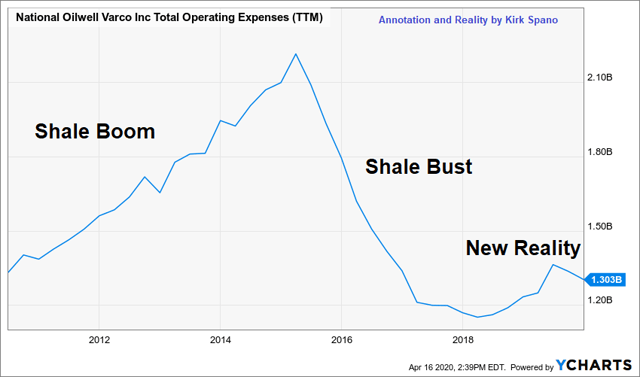 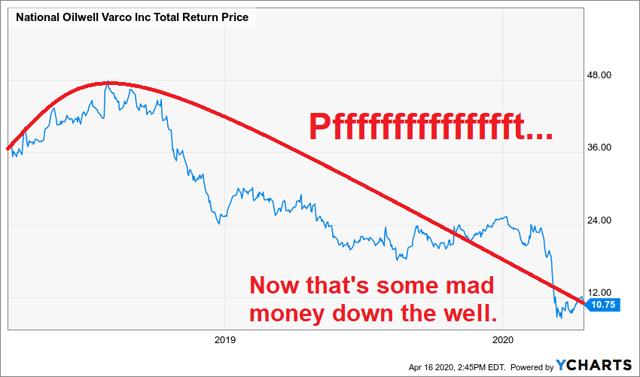 The important things regarding the S&P is that National Oilwell Varco now has a market cap of $4.4 billion and hasn't been profitable in years. The company's balance sheet is borderline and maybe that keeps them in the S&P a little longer. I wouldn't take the risk though, they have very little chance at avoiding further shrinkage.

Find out how our team can help you beat the markets in up and down cycles. We were heavy cash before the Coronavirus Crash and have been cherry picking since. Get our Quarterly Outlook & Game Plan, plus, ETF and Stock Chart Books with a free trial.

Direct message MoSI founder Kirk Spano via his profile to receive your 1st year with Margin of Safety Investing for 1/2 price at only $249.50. Simply put "half price" in the subject line to get an offer sent to your subscription settings in your profile at the top right of Seeking Alpha.

I publish the Margin of Safety Investing letter on Seeking Alpha. You’ll find asset allocation with my Global Trends ETF portfolio, growth & dividend stocks with at least 3x total return potential and what might be the best retirement income generation service on the web using option selling to add extra income on top of your dividends.

Additional disclosure: I might open a short position in any of these companies in coming weeks. --- On Friday mornings, I hold a webinar for Seeking Alpha readers. See my blog for details. --- I own a Registered Investment but publish separately from that entity for DIY investors. Any information, opinions, research or thoughts presented are not specific advice as I do not have full knowledge of your circumstances. All investors ought to take special care to consider risk, as all investments carry the potential for loss. Consulting an investment advisor might be in your best interest before proceeding on any trade or investment.