FVRR is well positioned to move upmarket, go after the SMB segment, and continue its international expansion, so I'm Bullish on the stock at its current level.

Tel Aviv, Israel-based Fiverr was founded in 2010 to connect freelance workers with people and organizations looking for them through an online marketplace.

Management is headed by Co-Founder, CEO and Director Micha Kaufman, who is also a contributor at WIRED and Forbes.

Fiverr's platform was developed with the goal of making the purchase of services from individuals as simple as an e-commerce transaction, something the company refers to as the Service-as-a-Product [SaaP] model.

Using machine learning and its database of over 830,000 workers, the company helps reduce the inefficiencies associated with the search for, contracting and collaborating with freelancers, such as the reliance on intermediaries.

On the Fiverr platform, buyers can browse over 200 categories of productized service listings, which Fiverr refers to as Gigs.

For the 12 months ended March 31, 2019, the company served about 2.1 million active users looking to hire freelance workers and about 255,000 active freelancers, or sellers, offering their services through the Fiverr platform.

According to a 2017 market research report by Ask Wonder, the total number of freelancers available in 2017 was about 154 million people worldwide.

The main factors driving market growth are the need to escape corporate environment demands and the rise of digitization, such as smartphone apps that have made it easy for workers to find jobs, whether full-time or part-time.

North America accounted for 77 million freelancers in 2017, more than half of the workforce in the same year.

FVRR's topline revenue by quarter has risen consistently over the past five-quarter period, with Q4 2019's results coming in at 42.5% higher than the same period in 2018: 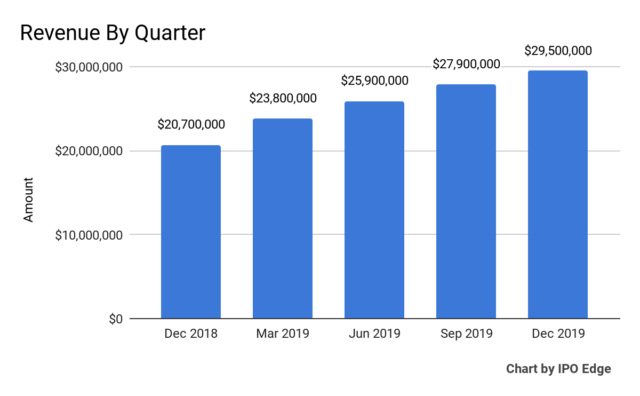 Gross profit by quarter has produced a similar trajectory: 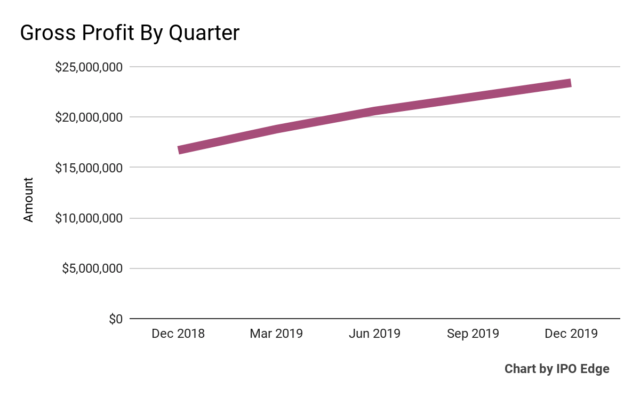 Operating losses by quarter peaked in Q2 2019 and have since moderated somewhat: 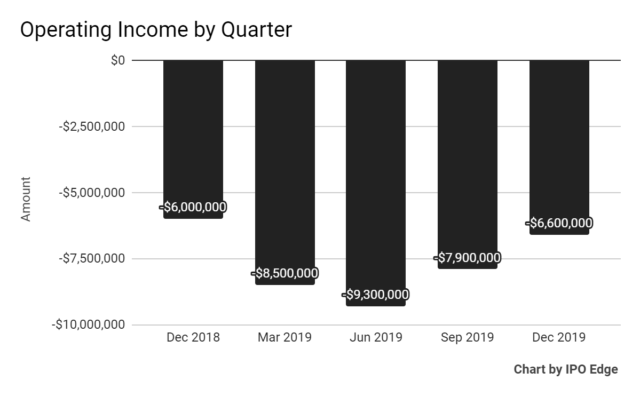 Earnings per share (diluted) have made progress toward breakeven, although are still quite a distance from that milestone: 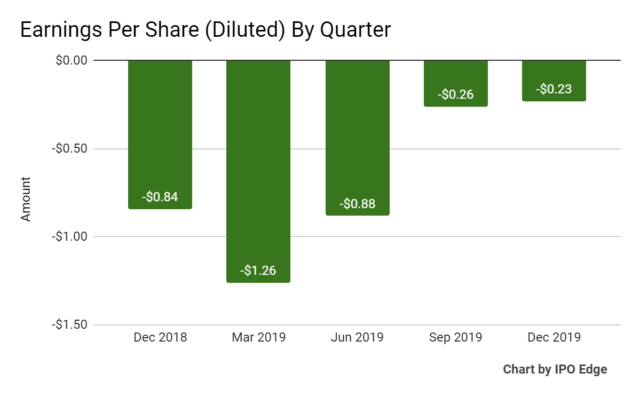 Since its IPO, FVRR's stock price has risen 66.4 percent vs. the U.S. Online Retail index's rise of 15.7 percent and the overall U.S. market's drop of 7.0 percent, as the chart below indicates: 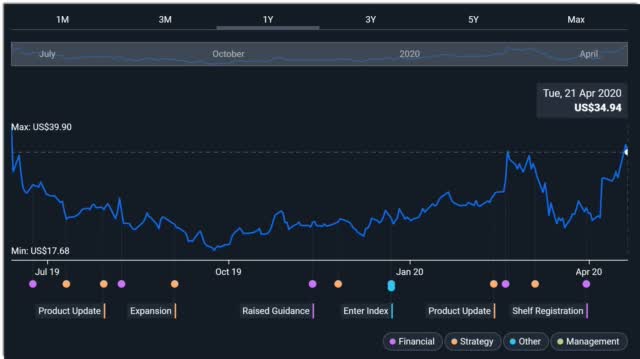 Below is a table of relevant capitalization and valuation figures for the company:

As a reference, a relevant public comparable to FVRR would be Upwork; shown below is a comparison of their primary valuation metrics:

In its last earnings call for Q4 and full year 2019, management highlighted its 42% revenue growth and EBITDA margin improvement of almost 1,100 basis points.

Notably, management said that its continued innovation work in matching algorithms and improving the buyer and seller experiences increased growth in the second half of 2019.

Also, during the year, FVRR continued its international expansion efforts, with increased footprint in the UK and Germany.

International expansion through website language and marketing localization is a big priority for the company in 2020, followed by a desire to 'go upmarket' by pursuing business customers of up to 200 employees in size. To that end, the firm has launched some new products (Studios, Team and VID Accounts) and intends to launch additional initiatives in this area.

As to its financial results, the year produced impressive growth and improved metrics, although the firm is still a ways away from operating breakeven.

With the COVID-19 pandemic making distributed work a priority for many firms, FVRR is well placed to capitalize on what I view as a continued trend toward independent working arrangements.

The stock appears to have bounced back quite sharply after the overall market selloff.

With continued international expansion, combined with pursuing the SMB market amid the ongoing trend to distributed work, FVRR looks to be in the right place at the right time as long as it can execute accordingly.

My bias on the stock at its current level is Bullish.