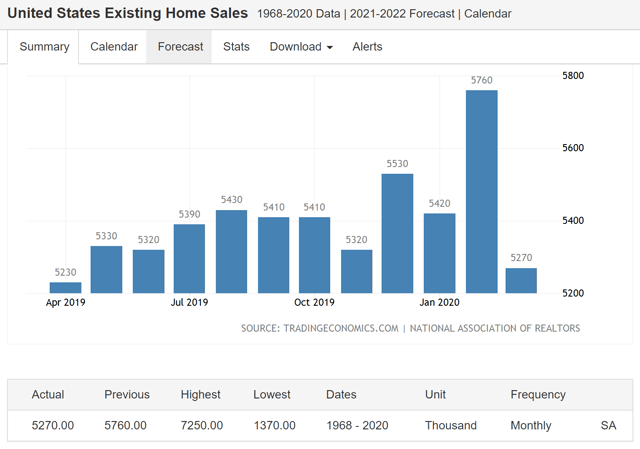 We're starting to see some of the cracks in the housing market. Alongside rising unemployment, massive weekly jobless claims, and stay-at-home orders, the spring housing market is going to struggle. We had the recent existing home sales numbers for March, and in typical economic fashion these days, they were ugly. As the coronavirus pandemic has shut down much of the U.S. economy, it is not a surprise to see the most significant part of the housing market showing a steep decline. Sales of previously owned homes declined 8.5% in March, the biggest month-over-month decline since November 2015. Expectations by economists were for a 7.5% decline, but even that wasn't enough. Spring is a time of year where home sales usually surge, as the spring buying season is pivotable for the market. As I mentioned in The Lead-Lag Report, the downward surge in the latter half of March is a definite harbinger for what is going to happen in April, where things are most certainly going to get worse. 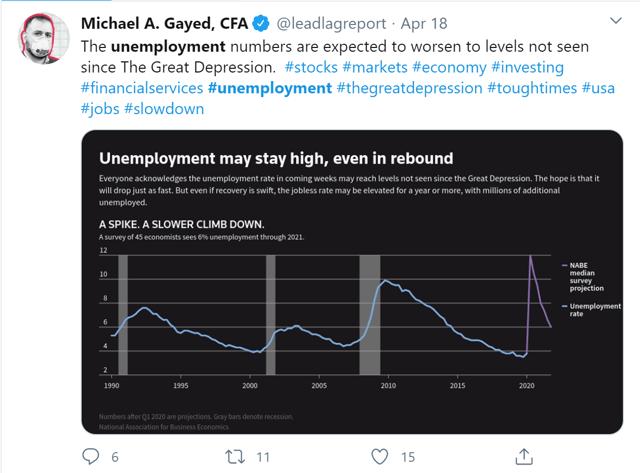 Some signs point to an inevitable housing market crash at this point. Inventories in the U.S. are sharply declining, leading to a supply shock. Wage growth is non-existent in this economy, and there are tens of millions of layoffs happening, leading to an incredible demand shock. As sales decline, prices will have to drop, and as people cannot meet their mortgage payments, they will be forced to sell. It's an unfortunate situation we are likely to find ourselves in. A lot of consumers will be deferring mortgage payments to try to stay afloat, but that can only last so long, and a deferral doesn't mean they are not obligated to pay at some point. The conditions that happened in 2008 are rearing their ugly heads again, and as I mentioned on the Lead-Lag Report, the conditions are starting to look worrisome. Consumer confidence is weak as they look towards bleaker job prospects than ever before. There is going to be a lot of change coming out of the recession we are in right now, and there will likely be a high number of defaults despite the intervention on the monetary and fiscal side. That is the first domino to fall in a housing market that has barely recovered since the last crisis hit. 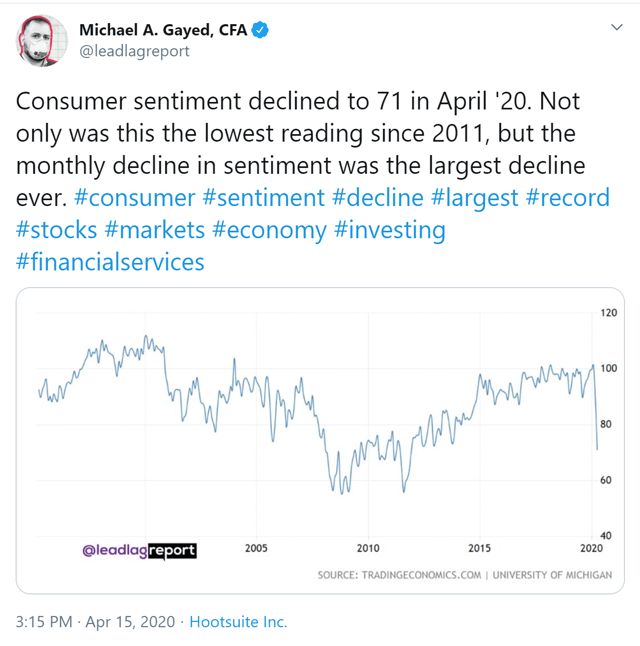 Millions of Americans have already suspended monthly payments to their mortgages. There's a big part of the housing market that is in trouble, and it is of no surprise that it is a middleman of sorts. Mortgage servicers act as a place where investors can place their money to lend out to people in mortgages, companies like Quicken Loans, Inc. and Freedom Mortgage Corp. The problem with the $2 trillion stimulus package from Congress is that it does not address a massive disconnect. Borrowers are allowed to defer payments to mortgage servicers, which make up about 60% of all U.S. mortgages. However, mortgage servicers are still on the hook to pay their investors. If you think Fannie Mae and Freddie Mac will bail them out, think again, as the Federal Housing Finance Agency Director Mark Calabria isn't about to help. He oversees the two government agencies. Mr. Calabria claims that they are unlikely to provide liquidity to mortgage servicers unless the issue lasts longer than a year. It sounds like a problem for the Fed to solve.

Housing was always seen as a place where you can store a large amount of wealth; in most cases, the majority of families' overall net worth is in their homes to fight inflation. Well, we haven't seen significant inflation in decades now. And with the coronavirus lockdown and recession, maybe depression, here, there is going to be a massive disinflationary shock to the system. That is really why the Fed is pumping so much money into the system to avoid deflation on a level not seen since the Great Depression. We're already seeing some of the shockingly bad economic numbers come in; would it be a surprise to see deflation enter the foray? That could be another nail in the coffin that is the housing market, a market already under incredible stress. At a minimum, housing is set to take a major hit, and the spillover and wealth effect of this cannot be understated.