With the Fed's balance sheet expanding at an unprecedented rate, inflation concerns have made a comeback among some market watchers on both Wall Street and Main Street.

While the monetary supply has increased drastically since the onset of the COVID-19 induced economic crisis, the velocity of money has actually fallen during this period.

So what will prevail once the pandemic dust settles - a deflationary or inflationary environment? And how should ETF investors be positioning in the meantime?

Macro specialist Eric Basmajian rejoins Let's Talk ETFs and delivers a master class in current monetary policy dynamics - and how investors can stay one step ahead of the curve.

We keep trying to solve a problem of having too much debt by issuing even more debt. In the end we end up with lower cyclical growth the further indebted we become as a society.

Thus Eric Basmajian frames the current debate around whether current Fed actions will ultimately be inflationary or deflationary. Eric distinguishes between "productive debt", i.e. debt that leads to growth in productivity, and "unproductive debt", which is debt that only leads to future debt servicing payments but not growth.

To understand this distinction in practical terms, think about a business borrowing money to build a new factory or open a new office location. The reasonable assumption is that the additional revenue generated by the expansion of the business will lead to growth that outpaces the costs of paying back the debt. This type of borrowing is "productive" in that it leads to future growth and under normal circumstances, a healthy level of inflation.

Now consider the same business borrowing money not to build a new factory or open a new office but to keep its current level of operations and staffing afloat. Rather than an increase in productivity, this borrowing is "unproductive" in that the business will now need to divert more of its current earnings to pay down debt in the future as opposed to expanding operations. 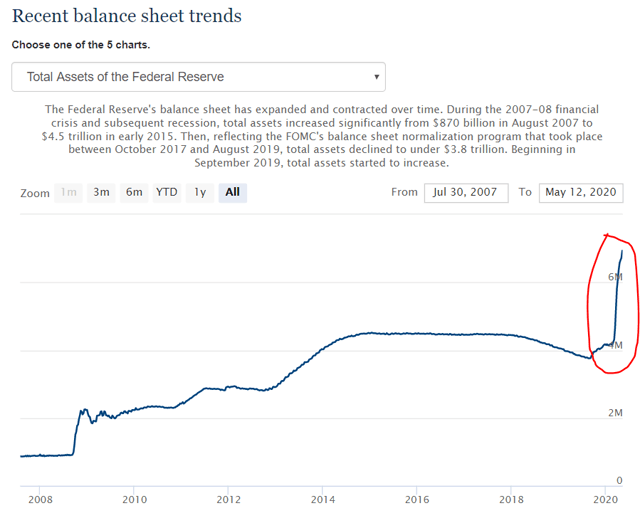 This assumption among many watchers that an increase in the monetary supply must lead to inflation is flawed according to Basmajian. "GDP is equal to Money Supply times Velocity of Money," he explains. And the velocity of money has been falling despite the massive rise in the underlying monetary supply. "Businesses need to pay back all of this debt at some point in the future - which makes them less likely to take on more debt to grow their businesses by hiring more or opening new locations."

As Head of Macro Research at Pervalle Global, a discretionary hedge fund specializing in global macro-driven trades across all major asset classes, Basmajian spends much of his day poring over macro-economic data from across the globe. The NY-based hedge fund then makes bets based largely on Eric's reading of the macro tea leaves.

Whether you're an inflation bull or bear, you will not want to miss Eric's perspectives and practical portfolio advice in the latest joint episode of Let's Talk ETFs and The Marketplace Roundtable.

Disclosure: I am/we are long SPY, GLD, PDBC, TLT, IEI, SHV, QQQ, VOO, BAR, SHY, GBILVXUS, KRE. I wrote this article myself, and it expresses my own opinions. I am not receiving compensation for it (other than from Seeking Alpha). I have no business relationship with any company whose stock is mentioned in this article.

Follow Let's Talk ETFs and get email alerts
+
Add a comment
Disagree with this article? Submit your own.
To report a factual error in this article, click here.
Your feedback matters to us!