With Facebook Shop, Facebook has launched a feature that, in my opinion, sets the course for extreme growth.

I also see a serious attack on the Amazon online store business model, which still accounted for about 50 percent of Amazon's total sales in 2019.

However, I consider both companies to be good investments.

Amazon's marketplace will remain important and AWS will continue to be a growth driver.

So far, the two companies, Facebook (FB) and Amazon (AMZN), have hardly gotten in each other's way. Both companies were among the winners of the last bull market. Amazon even outperformed Facebook.

Even though Facebook's advertising business was very profitable, many investors were afraid that the market would eventually saturate and that the company would not manage to diversify its sources of income.

Amazon has already gone a step further and built its business on several stable pillars.

Accordingly, the company's sources of income are also diversified.

At the same time, as you have seen, Facebook is still heavily dependent on the advertising business. However, the company does not have to desperately try to open up new sources of income through completely new services. And I don't think that's what the company is trying to do in the first place. Rather, it is in the process of developing even more ways to gild its data treasure.

With Facebook Shop, the company has now launched a tool that, in my opinion, sets the course for extreme growth. If Facebook continues along this path, I also see a serious attack on the Amazon online store business model, which still accounted for about 50 percent of Amazon's total sales in 2019.

With Facebook Shop, Facebook offers an all-inclusive program. The feature will allow companies to create a single online store that customers can access from Facebook and Instagram. So, it's not so much that Facebook is expanding its marketplace here, but that the company is offering retailers a shop window and a door through which customers can see the goods and also buy directly from the retailer's online shop.

Retailers can also use their online shop to contact customers via WhatsApp, Facebook Messenger, and the Instagram chat function. If a credit card is stored in the Facebook system, customers can even pay directly with it. Likewise, live shopping is to be tested, where products can be displayed and purchased during a stream. Augmented Reality is also intended to make it possible to try on cosmetics, clothing, or glasses, for example.

The fee model of Facebook shops differs from Amazon Marketplace

Facebook is thinking very long term here. The shop should not drive the turnover in the first place. The setup of the Facebook Shop will be free of charge for retailers. Merchants will have to pay fees when customers make purchases directly on the platforms. 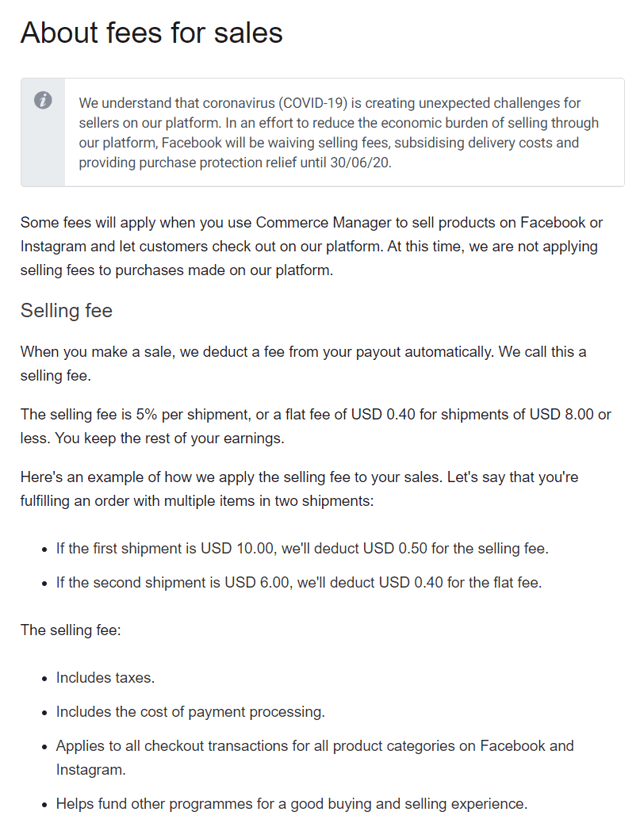 Accordingly, Facebook does not charge any matching fees. This is a difference to Amazon, which only offers the Marketplace and dictates the conditions rather rigidly.

Where is the threat to Amazon?

Facebook Shop could become a threat to Amazon's online store business. This has several reasons. As already mentioned, there are no fees for merchants, neither for selling nor for setting up online shops or other listing fees. Merchants still have full control over their own online store. This makes Facebook extremely attractive to retailers. But that alone is not the decisive point. Almost more important is that Facebook can offer merchants something that no other company in the entire western world can: Coverage.

The company already has half of all Internet users within its existing social media service and every day Facebook reaches 1,700 million people.

For online retailers, Facebook is therefore a place full of people and a place full of potential customers. These people are already there but not because they want to buy something, but because they are there for other reasons. This is a difference to Amazon. Amazon also offers a certain reach and visibility for merchants. But the users at Amazon are only there because they want to buy something or want to get information about possible products. With Facebook, it's different. Users go there to meet friends virtually or to be entertained.

Companies can thus address in a different environment and in a completely different emotional situation. Consumers are much more susceptible to advertising in such an environment. And this is exactly where Facebook's ability to use enormous leverage to sell personalized advertising to merchants lies. From an ethical point of view, this can be viewed critically, but for merchants, this is an extreme advantage over Amazon and I am more certain that in the future this will be the new way in which consumers and merchants come together through advertising.

The cake is big enough and will get even bigger

Does Facebook's step mean the demise of Amazon? I think that Facebook Shop is a serious threat to Amazon, but Amazon investors should not sell their shares in a panic.

For one thing, we're going to see tremendous growth in e-commerce in the future. Also, COVID-19 will provide a possibly even faster-growing e-commerce business in the long run. People can get used to the advantages of buying products on the Internet during the lockdown period. 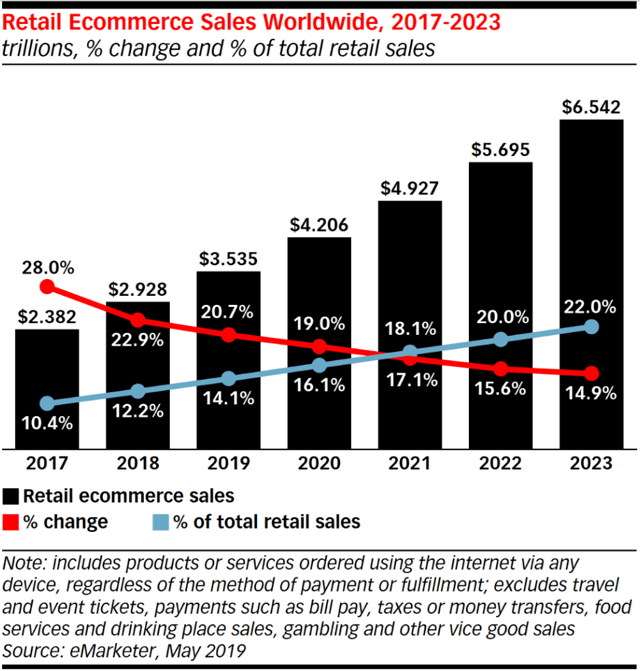 So, the cake is extremely big and it will get even bigger. Of course, Amazon will also benefit from this. In addition, you should not forget that Amazon is still the absolute market leader in this field. The company won't lose this significance anytime soon. This is due to the network effects alone, which take effect on such platforms. 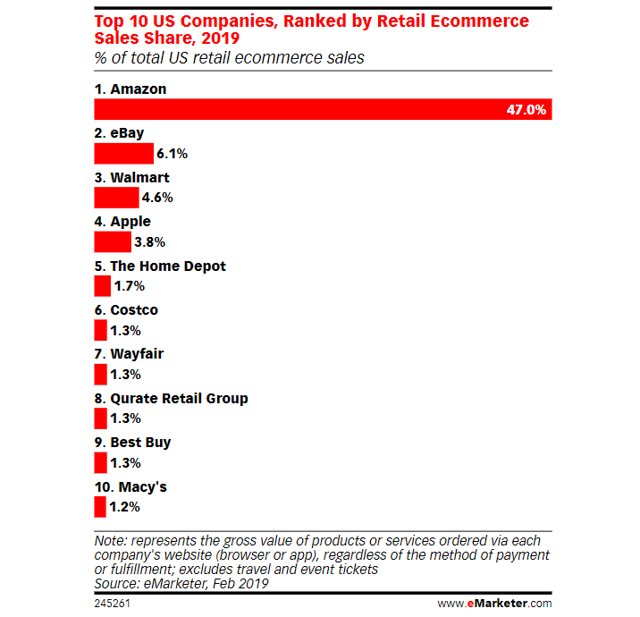 I also see an improvement for both companies against the background of antitrust concerns. Facebook Shop shows that the market is enormously innovative and that market shares can erode quickly under certain circumstances. This makes it more difficult for competition authorities to impose regulatory measures due to dominant positions.

Finally, it can be expected that AWS in particular will play an even stronger role for Amazon in the future. The speed of growth is impressive and it is to be expected that the growth will be sustainable. 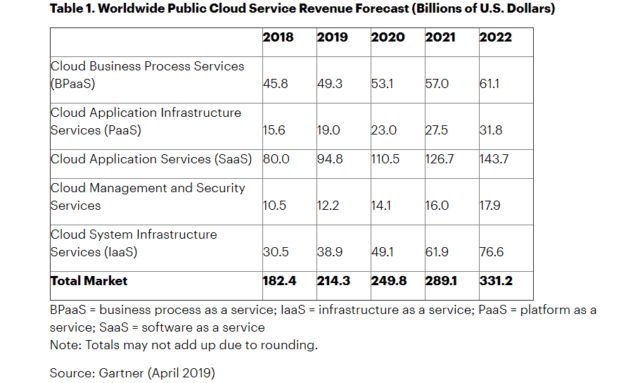 Facebook's strategy could unleash extreme growth potential. The treasure trove of data on which the company is sitting still offers an extremely wide range of monetization possibilities.

I think it is possible that Facebook could become a real threat to Amazon's online store business in the medium to long term. Facebook is simply more attractive for retailers than Amazon.

That said, life is not getting easier for Amazon in this segment. But Amazon investors should take it easy. Facebook Shop does not mean, of course, that Amazon's online store will become completely worthless. Amazon's Marketplace will be an important distribution channel for the foreseeable future. Amazon will therefore also be able to profit from the growing market. However, it may have to give its merchants a little more value than the company is currently doing.

In this respect, however, it could also be that Amazon will focus even more strongly on its AWS business. Future growth in this highly profitable area for Amazon should continue to ensure increased revenue and profit. I, therefore, consider both companies to be good investments.

If you enjoyed this article and wish to receive other long-term investment proposals or updates on my latest portfolio research, click "Follow" next to my name at the top of this article.

Follow The European View and get email alerts
+
Add a comment
Disagree with this article? Submit your own.
To report a factual error in this article, click here.
Your feedback matters to us!