Apple’s (NASDAQ:AAPL) streaming video service has been hitting the news lately. And not for the best of reasons.

According to a Flixed survey, Apple TV+ seems to be the most fragile of the video streaming offerings currently available on the market. More than half of the survey respondents suggested that they plan on canceling their subscription to Apple TV+ soon or once the free trial expires. No other service offered by competitors has had this level of rejection by its users.

The discouraging results beg the question: why should Apple bother competing in the saturated video streaming space if it cannot stand out in the crowd? 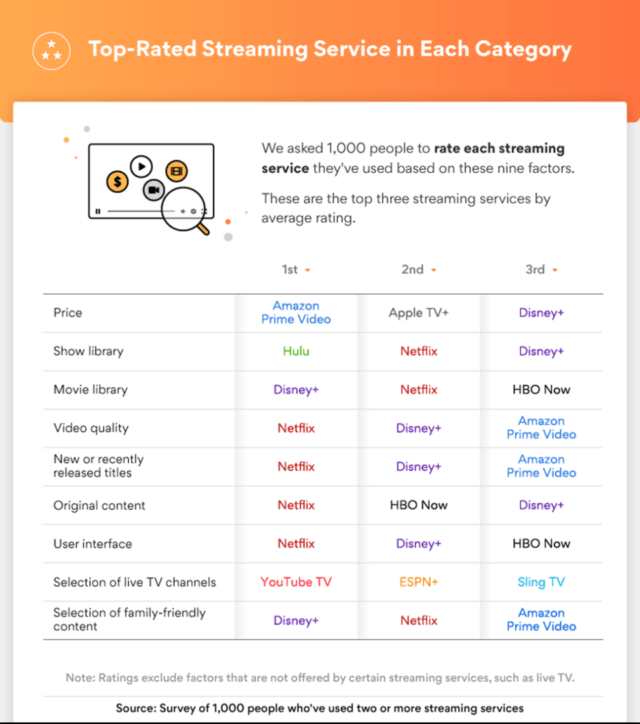 To start the discussion, it may help to put the results of the survey in context. Unlike Netflix (NFLX) and even Disney (DIS), Apple’s financial performance currently depends very little on the results produced by its streaming video service.

Here’s some data around it: Apple TV+ had nearly 34 million users in January 2020, most of them enjoying the service for free (see pie chart below). Even if all current users were to become paying subscribers at $4.99 per month, which they certainly will not, the annual recurring revenue generated would reach only $2 billion.

This figure barely represents 5% of Apple’s total service segment, and less than 1% of the company’s fiscal 2019 sales. Considering how expensive it has become to create high-quality content, the streaming service could even be dilutive to Apple’s earnings – at least until it can reach massive scale. Therefore, from a financial results perspective, Apple TV+ can be considered a rounding error (at best) for the Cupertino company. 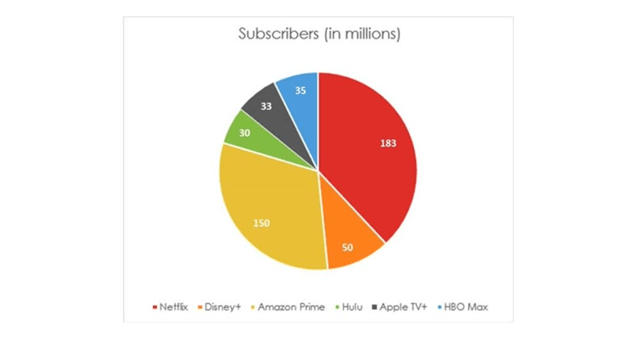 However, Apple TV+ currently serves a more strategic role within the company’s ecosystem. With the purchase of an Apple device, whether it be an iPhone or iPad or Mac, users receive a free year of Apple TV+. In the extreme case of a $199 iPod Touch, the benefit of the free service adds up to almost one-third the price of the device itself.

It is unclear how much free Apple TV+ may have helped to increase the sale of Apple products since the start of the promotion in September 2019. Keep in mind that products still accounted for over 80% of Apple’s total revenues last fiscal year. But here’s a simple back-of-the-envelope calculation that may help to illustrate the value of the company’s streaming video service:

Don’t write off Apple TV+ yet

It is hard to make a strong case in favor of Apple TV+ as a standalone business today. The streaming service ranks low in total number of users and customer loyalty. Considering sky-high content costs, it is very unlikely that Apple TV+ will generate much profit for the Cupertino company, unless the service rises in popularity quickly and gains significant scale.

However, the true value of the video service may lie in its ability to tie together Apple’s ecosystem and to help boost product sales. While this value could be hard to measure in dollar and cents, I believe that cash-rich Apple stands to lose little from investing in its streaming platform, using it as a “hook” and a loss leader to help keep growth afloat on the product side.

I use an approach that favors predictability of financial results and broad diversification when choosing stocks for my All-Equities Storm-Resistant Growth portfolio. So far, the small $229/year investment to become a member of the SRG community has lavishly paid off, as the chart below suggests. I invite you to click here and take advantage of the 14-day free trial today.

76 Comments
To ensure this doesn’t happen in the future, please enable Javascript and cookies in your browser.
Is this happening to you frequently? Please report it on our feedback forum.
If you have an ad-blocker enabled you may be blocked from proceeding. Please disable your ad-blocker and refresh.