Activision Blizzard (NASDAQ:NASDAQ:ATVI) is one of our Strong Buy Ratings. Our earnings estimates are way above the Street which drives our price target. Gaming sales have jumped since the start of the pandemic, and new games and console releases can help drive the stock significantly higher. Stay-at-home stocks, like Activision Blizzard, can provide investors upside with potentially less risk compared to other stocks. 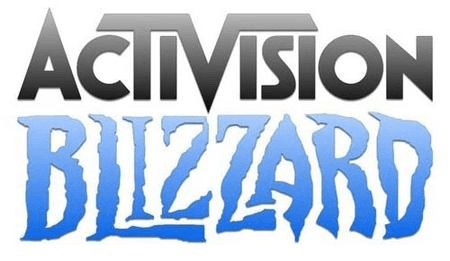 Back in March we told subscribers, “The stock's down but there appears multiple near-term and end-of-year drivers to see the stock higher.”

The company appeared to be conservative when they gave guidance on their Q1 report.

We use the 2-year growth rate of revenues as our key measure to identify fundamental trends. The 2-year shows us an underlying trend that smoothes out one-timers.

Guidance implied that the 2-year revenue growth rate for Q2 will be 25.9% which was a jump from the prior trend. But the guidance also implies a slowdown later in the year to a two-year rate of zero percent which we think was too conservative.

The 2-year growth rates for the last three quarters were:

Their guide for Q2 accelerates the two year growth rate to 25.9%. The guidance is flat for the back half, but we think the numbers, if anything, show an accelerating trend.

The current environment creates the potential for a structural opportunity to bring more players into our communities, who we can then engage and retain for the long term, and to accelerate the continuing shift towards digital sales in our business. We have attempted to be conservative in our assumptions around the impact of these trends beyond the second quarter, but the backdrop does create greater potential for operating overperformance later this year.

As a confirmation that the “overperformance” is happening since Activision’s earnings call, we can look at Gamestop’s recent earnings call. On June 9, 2020, they mentioned business was surging. Here’s what they said:

That helps to give us confidence that these accelerating trends in gaming are happening.

Plus in May, video game sales jumped 67% YoY. Total video game sales in the US topped $977 million, the largest number since 2008. For the month, Call of Duty: Modern Warfare took the number one spot for the hottest selling video games. It was also the best selling game of the last 12 months.

It’s clear that gaming has been helped by the coronavirus pandemic.

But key for ATVI’s guidance is that their continued strength should prove that their numbers are too low as we go through the year.

The stay at home orders have made gaming a viable alternative for at home entertainment and interaction with others. On top of that, the recession might make gaming seem like a cheaper entertainment alternative than others. We think there’s legs to this story even as shelter-in-place comes off. 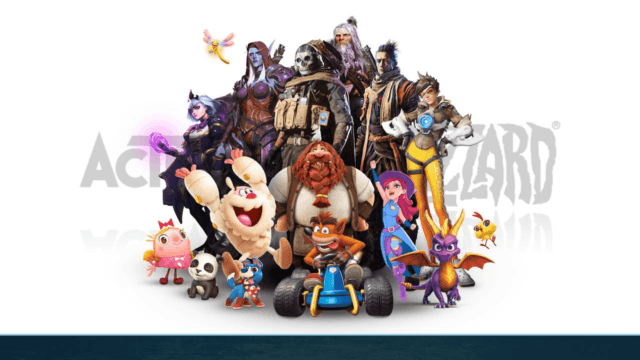 Another benefit to this demand surge is that most of the company’s costs are fixed. They spend a lot on creating games, but the cost of selling extra units (marginal cost) is tiny. This allows them to leverage high volumes to make significant profits. This means that, if sales continue accelerating, earnings could grow at a much higher rate. This is another driver to our earnings model giving us earnings and stock price upside.

New Game Releases Have Been a Hit

In the first quarter of 2020, Activision had over 102 million monthly active users. Call of Duty: Modern Warfare has sold through more copies and has more players than any prior Call of Duty title at this point after its release. On the mobile side, Call of Duty: Mobile has topped 170 million downloads.

Not everything is perfect for Call of Duty: Modern Warfare though. There have been reports that an issue with the Xbox version of the game made users lose hours of time with the download. An initial issue led to some users downloading an 85Gb file, that should have been 40Gb. To make things worse, after a fix was implemented, some users lost everything and had to download all over again.

Console game sales accounted for 30% of net revenues for Activision in 2019, so any disturbance is important. The company said it’s working on a fix. While this problem does not impede players from downloading the updates for the game, the fact that it takes several hours isn’t amazing.

Among the recent releases, the most exciting one is, without a doubt, Call of Duty: Warzone. In the first two months since its release, the game has been downloaded 60 million times. For comparison. Fortnite’s first five months out of the gates had 30 million players. Now Fortnite is up to 350 million users as of May 2020. So we have upside visibility for Call of Duty and think the technical issues are hopefully a shorter term blip. 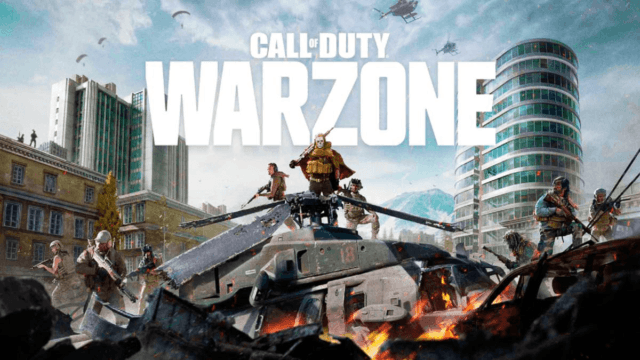 A concern with Warzone is that Fortnite’s Chapter 2: Season 3, which was recently released, might take away some users. Last week, before the release, Warzone had 280k viewers on Twitch, while Fortnite had 148k. Since then, the number of viewers for Fortnite jumped to 265k, while Warzone moved to 260k. The fact that Warzone held its level nicely, despite the new Fortnite release, gives us conviction there's something special here.

Fortnite generated over $1.8 billion in revenue during 2019. That is equivalent to Activion’s whole Q1 2020 revenue. If Warzone can reach the levels of Fortnite, it could be a major driver for ATVI.

Activision has several other drivers for the second half of 2020. The company expects the release of several games. They mentioned:

It’s no coincidence that management is focused on Call of Duty, Candy Crush, and World of Warcraft franchises. These are the most profitable franchises for the company. In 2019, they accounted for 67% of consolidated net revenues, and “a significantly higher percentage of operating income.”

No other franchise accounted for more than 10% of sales. Management also seemed excited about Diablo: Immortal, a mobile game for the Diablo franchise. They expect to begin regional play testing in the second half of 2020. 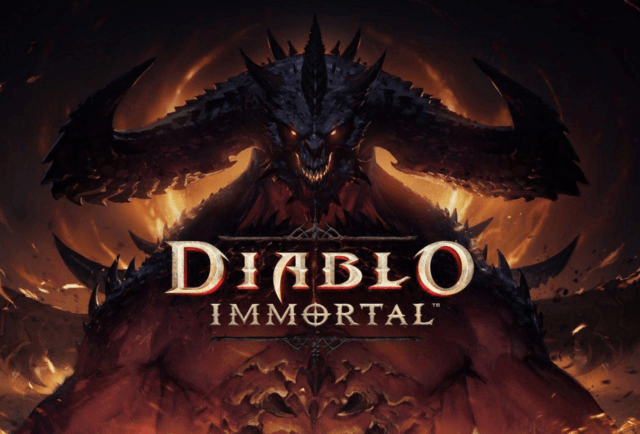 The company has had great success in mobile games with Candy Crush and Call of Duty:Mobile. Diablo: Immortal is one more step in the right direction, to diversify gaming revenue and reach a larger audience.

For 2021 and beyond, there are not many confirmed games. A report from Forbes estimates Overwatch 2 could be released in March 2021, while Diablo 4 could come in May 2022. It’s not clear when these games will be released, but they should further fuel Activision’s growth. 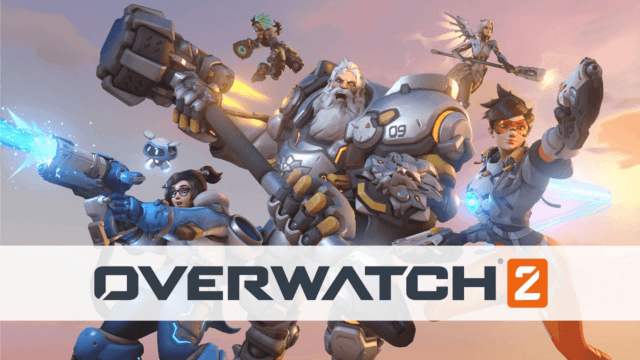 2021 should also be a big year for gaming in general. Both Sony (SNE) (Playstation 5) and Microsoft (MSFT) (Xbox Series X) are set to release their new consoles in the holidays of 2020. This should be a big boost for game sales. With new game releases, a new console cycle, and further growth from Call of Duty: Warzone, 2021 could be huge for Activision Blizzard.

Besides the benefits this year we have add-on drivers for next year.

ATVI is one of the stocks in our service that meet our criteria for a Strong Buy Rating. To get a strong buy rating, we require stocks to meet three criteria:

Since the stock is trading at around $75, the implied upside is near 46%. We’re excited about Activision Blizzard. Even after the stock has gone up since our first rating, we believe it can continue to deliver strong results.

Activision Blizzard is one of our Strong Buy Ratings. The stay-at-home trends, the success of Warzone, the upcoming release of new games in 2H of 2020, and a new console cycle starting at the end of 2020 all give us conviction. The near term fundamentals appear to be accelerating with upside. The company seemed conservative on their earnings call which gives us nice upside potential. Strong Buy Rating.

"pro with a great hit rate."

Alberto Wallis
974 Followers
Financial Analyst at Fincredible. I'm focused on finding quality growth stocks with significant potential for outperformance. I look for companies with sound business models and economic advantages that can deliver strong results over the long term. I studied Economics at the Universidad Metropolitana in Venezuela, and I'm currently pursuing a Master's Degree in Finance com IESA Business School.

Additional disclosure: All investments have many risks and can lose principal in the short and long term. The information provided is for information purposes only and can be wrong. By reading this you agree, understand and accept that you take upon yourself all responsibility for all of your investment decisions and to do your own work and hold Elazar Advisors, LLC, and their related parties harmless. All model portfolio trades are hypothetical to show direction, conviction and timing. Performance excludes all relevant transaction costs. Opinions given are at this moment and can change rapidly after this is published. Elazar and its employees do not take individual stock positions to avoid front running and other potential customer related issues.