I’ve written critically of well-established mega-ETFs that are all in on FANMAG - Facebook (FB), Amazon (AMZN), Netflix (NFLX), Microsoft (MSFT), Apple (AAPL) and Google (GOOG) (GOOGL) - and similar kinds of popular stocks, not necessarily because I have anything against the stocks, all of which I have exposure to via ETFs I own, but because the love is overblown and more a function of mathematical inertia (market cap weighting that exaggerates the impact of strong stock performance plus) than human judgment. Here’s another concern: FANMAG is about the present. Do we really know - REALLY! - that these companies will be similarly admired five, 10, or 20 years from now? Growth-oriented and young individuals and advisers with such clients may want to give thought to positioning portfolios for tomorrow’s FANMAG, something that can be done with thematic ETFs. 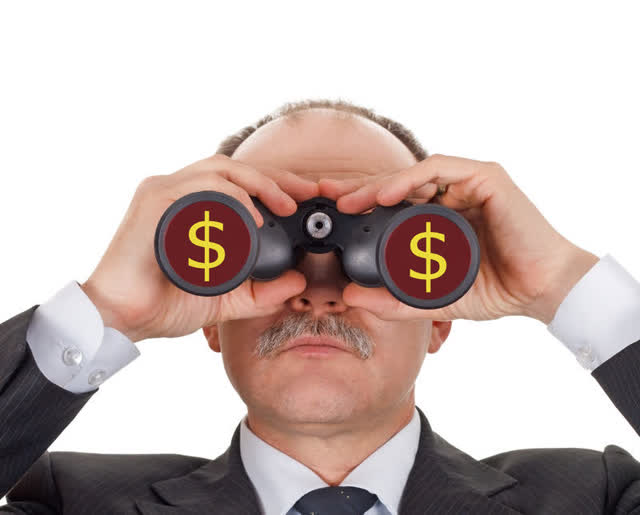 Are You Up On The Latest?

While FANMAG is hardly 2020's answer to the rustbelt of the 1980s, it’s not exactly Shangri-La either. Consider:

No, we’re not looking down to the bottom of a cliff. The companies are fine. In fact, some are benefitting from problems and challenges being experienced by others. Advertising is still growing at FB and AMZN. Among Ninja’s potential new platform choices are his old home at AMZN’s Twitch and GOOGL’s YouTube streaming platform. NFLX’s rivals include AMZN and AAPL and Disney (DIS), not quite a FANMAG, but close to it. And no, I’m not selling any of my ETFs that own these stocks.

It’s just that these companies fall short of perfection. There are questions that need to be addressed.

Actually, that’s normal. Nothing is perfect and every business has questions that need to be addressed. But when companies are so extremely admired and extremely weighted in what are supposed to be passive index funds, it seems awfully hard to argue that these should be the primary engines of any portfolio that’s positioned for long-term growth.

Tuning In To The Future

I don’t know what the FANMAG of 2040 will look like. I don’t even know what acronym will be used. SVRW? Oops... they’ll need to find at least one company whose name begins with a vowel. SVROW? Still doesn’t roll off the tongue. VROW... as long as we can find popular companies for each letter. Who said it was easy to start a fad?

The good news is that it’s a heck of a lot easier to tune into the kinds of businesses those companies are likely to be in. This is not a matter of quant. It’s about vision. Not everybody has it, but many do possess the foresight it takes and speaking for myself, I’m not too proud to ride the coattails of those who give clear explanations. And no, this isn’t just talk. The vision that ultimately paved the way to FANMAG was already in place when I got into security analysis back in 1980. (I wish I had enough sense back then to invest in companies written about by the late Lucien Virgile in the “Technologies of the Eighties” series he wrote regularly for Value Line’s Selection & Opinion publication. In fact, I even remember a business school seminar from 1979 that discussed unheard of innovations that are now seen as quaint.

It isn’t as if this was a yes/no phenomenon: Buy these companies in 1980 or be a loser. This sort of thing is an evolution. The strategy back then would have been to buy those companies in the 1980s, sell some and buy others as developments warranted and continue along until one eventually winds up at FANMAG, not in 2020 but earlier enough to have profited from the run-up to where it is now. The names weren’t known or admired in 1980. But the themes were known and portfolios built on the basis of the themes would have gotten long-term investors to the places where they wanted to go - even despite the bitter reminder many of the more aggressive souls got in circa 2000 about the existence of risk and the need for legitimate ongoing analysis.

Here’s the hack for tuning into future-oriented ETFs: Search for those classified as Global.

Yes, this is what has to be done even if you, like me, have a home country bias. Many, and in some cases, almost all of the companies in which these ETFs invest are U.S. companies. But they aren’t so through (prospectus) mandate. These ETFs are authorized to invest anywhere in the world and those that have domestic portfolios have them only because that’s where today’s investable plays just so happen to be based. Next year, though, it may be different and more may be outside the U.S. 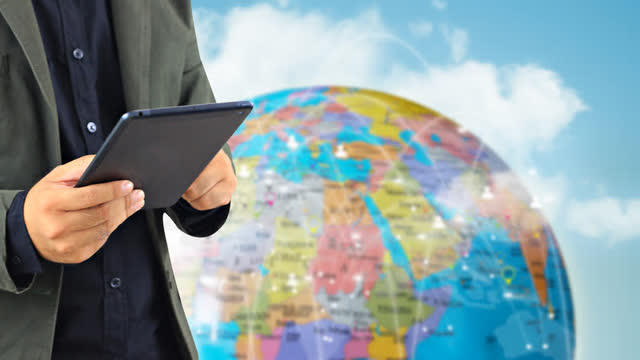 I’m not suggesting anyone invest outside the U.S. because doing so is better than sticking to the U.S. only. This isn’t about diversifying globally because a passive guru says you’re deluded if you try to think that it’s better to be in some places and not others. I’m geographically agnostic (subject to one exception to be noted below). When it comes to forward themes, I’m suggesting that one invest in companies (doing so via ETFs is easier) and let the geographic exposure fall where the companies take the portfolios.

This takes a bit of legwork. A lot of ETFs classified as Global have nothing to do with the sort of thematic investing being discussed here and are instead, plays on the economy, the market, etc., of a specific country or region. So expect to wind up with a big list and the need to do some browsing. To help you along, I searched on PortfolioWise for Global Equity ETFs, downloaded them, and manually curated the list to wind up with a reasonable but admittedly imprecise collection 97 thematic ETFs. You can get the file here. (It’s in Excel; if you upload it to create a screenable list, your platform may require that you first save it as a csv file, as does PortfolioWise.)

Relax, I’m not giving you 97 unique themes that need to be addressed. Most themes have multiple ETF offerings. ETFs tend to be named very descriptively so it’s easy to scan down the list and quickly identify those that may be of interest to you.

Here’s my admittedly imprecise eyeball-created summary of the kinds of themes you can find here, and the top-rated ETF in that area based on the PortfolioWise Power Rank (and where there are multiple ETFs sharing the same rating, I choose the higher score pursuant to the more granular Group Rank.).

Don’t think of any of these ETFs, or even an ETF basket you might create from this list or from similar ETFs, as the centerpiece of a portfolio. Consider the core-satellite approach, in which the core consists of one or a small collection of “regular” ETFs (however you define regular - and you can still try to pick the best you can from whatever categories you consider) with thematic ETFs included as smaller position size satellite holdings. As any or all of these themes and companies mature, migrate them toward the core and look for new themes/satellites that come to light in the future.

Bear in mind that some of these ETFs are likely to have micro levels of assets under management and/or macro-sized expense ratios. Specialty products can’t be expected to look like something you’d grab off a shelf at Walmart. Small size is OK for equities (if an ETF liquidates, the proceeds will wind up immediately in your brokerage account labeled by your firm as a proceeds from a sale). Diseconomies of scale, coupled with extra expertise will add to expense ratios. That’s OK if performance net of fees works.

Marc Gerstein
3.57K Followers
As Director of Research at Chaikin Analytics, I have long specialized in rules/factor-based equity investing strategies. While I understand quant investing, including factors and what not, I don't agree with what they do. Rather than be obsessed with statistical studies that are no good for any time periods other than the ones studies, I combine factor work with the underlying theories of finance that tell us why they work or don't work You can follow me on Twitter at @MHGerstein or at my new blog: ActiQuant.com In addition, I formerly managed a high-yield fixed-income fund and conducted research involving quantitative asset allocation strategies such as are at the foundation of what today has come to be known as Robo Advising. I formerly edited the the Forbes Low Priced Stock Report, and served as an assistant research director at Value Line. I have long had a passion for investor education, which has resulted in my having conducted numerous seminars on stock selection and analysis, and the authoring of two books: Screening The Market and The Value Connection.

Disclosure: I am/we are long ARKF, PAWZ. I wrote this article myself, and it expresses my own opinions. I am not receiving compensation for it. I have no business relationship with any company whose stock is mentioned in this article.