Intu Properties suspended shares in the afternoon on Monday and appointed administrators.

The company has been in a prolonged battle with creditors for months on end to get a standstill, but have fallen short.

The end result for shareholders will now almost certainly be zero.

Intu Properties (OTCPK:CCRGF), owner of the Trafford Centre and 16 other large scale retail shopping centres in the UK, announced on Friday, 27th June, that they had appointed administrators as the company's drawn out negotiations with creditors targeting a standstill agreement have failed. The reality is now that shareholder return in administration will almost surely be zero. Shareholders had Friday morning to exit shares before the suspension of those shares came on Friday afternoon. Those still holding now face the high likelihood of complete wipeout unfortunately. 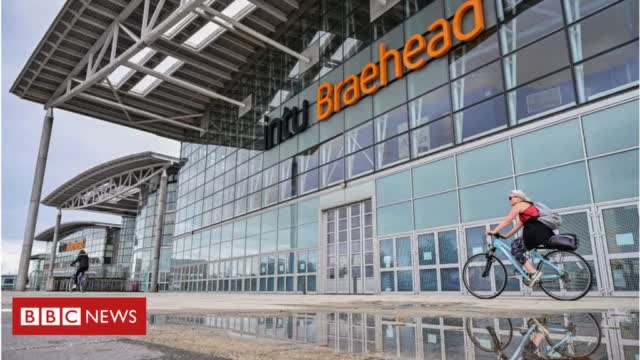 Intu shares have been circling the plug hole for some time now, and the shares have finally fallen. Over the last five years, Intu has struggled with a rising debt pile and worsening numbers. In 2018, Intu fell to a huge operating loss of £992 million, forcing the company to cease its dividend. This did not improve in 2019 when the company reported an even larger loss of £2 billion. Intu’s cash burn continued to remain extremely high as losses spiralled out of control. The company had to host a number of asset disposals across 2019 adding up to £600 million. The fall in the company's income led to these losses as competition from online shopping sidelined Intu. With debt standing at £4.5 billion, Intu needed a lifeline.

Back in February 2020, Intu was ordered to raise at least £1.3 billion of new capital on the stock market by its lenders, giving them a potential lifeline. This followed extensive negotiations with its lenders to deal with the covenant breaches that were predicted to occur in May 2020. Part of this new agreement was a revised four-year revolving credit facility that would provide Intu with the ability to draw down £440 million until 2021. However, this was completely dependent on whether Intu could raise £1.3 billion of new capital in March - which was going to prove difficult considering Intu's precarious state. This did prove difficult for Intu, as after discussions with its shareholders and potential new investors, the company concluded that it was unable to proceed with an equity raise. This news sent share price spiralling even lower to under 10p a share. Intu's shareholders could never catch a break and the company was in constant free fall.

Intu then had to consider a range of options available to them including certain asset disposals in order to maintain liquidity. The company had already completed the disposal of the Puerto Venecia mall; however, the cash from this sale did not arrive until May. Without this, Intu had just £73 million of cash with £129 million more available under certain facilities, giving the company total liquidity of £202 million - which was a tight cash position.

Even though Intu was on the brink of collapse, management continued to downplay the severity of the situation. It was only in March in the company's final results that the Intu board finally released the highly anticipated ‘going concern’ statement:

"In the short term, fixing the balance sheet is our top priority. The notes accompanying these financial statements indicate a material uncertainty in relation to Intu's ability to continue as a going concern."

However, even with this ‘going concern’ statement, the company still continued to boast that they had other options:

"However we have options including alternative capital structures and further disposals to provide liquidity, and will seek to negotiate covenant waivers where appropriate. These would address potential covenant remedies and the upcoming refinancing activities, with the first material debt maturities in early 2021."

All of these pressures were then exacerbated when COVID-19 came. In the company's March update, they revealed that they had collected just 27% of the rent owed for the March 2020 quarterly payment, compared to 77% for the prior year. In the UK, rent is paid quarterly in advance on specific ‘quarter dates’. Having previously suffered from years of poor performance, Intu then found themselves in an even worse scenario as the company was starved of rent. Several high profile retail chains which are Intu’s core tenant refused to pay rent as they looked to 'share the pain' across their supply chain.

On the 23rd of June, Intu provided an update on creditor discussions. The company said that disparate groups of lenders were still arguing over key terms such as the length of standstill and lenders’ potential share in profits after any recovery. The waiver on the debt covenant from May was set to expire on the 26th June, so Intu lined up KPMG to oversee administration if no deal could be struck. It was then announced on Friday 26th that no agreement had been reached and the company will likely appoint administrators. This was confirmed on Friday afternoon as the company appointed administrators and suspended the trading of shares.

In the UK when a company is on the brink of collapse, there is no ‘Chapter 11’ bankruptcy option available to give relief from creditors in order to restructure long-term debts. Instead, there is an administration process where a firm of professional administrators, typically a division of a large accounting firm, takes control of the assets with a single-minded focus on returning as much money as possible to creditors. In order to achieve this, the administrator will sometimes keep the business trading to try and generate cash and to sell all or parts of the business as a ‘going concern’. If this is not possible, then the business will fall into liquidation and the assets will be sold piecemeal. During administration, if the administrator retains the company’s Directors, those Directors’ duties switch from working in the interests of shareholders to working in the interests of creditors.

Intu’s equity will almost certainly not return to the public markets and there is no real hope of shareholder return. The debt of £4.5 billion will almost certainly not be realised in full. Administrators will start to sell off assets piece meal at fire-sale prices. When considering the broader market uncertainty and a struggling retail market, the attractiveness of acquiring a shopping centre in the current environment is very low. This means administration will be a long drawn out process with Intu outlets continuing to operate throughout the period to generate what cash they can until each outlet's future is decided.

As Ernest Hemingway says, “How did we go bankrupt? There are two ways. Gradually and then suddenly.”

This is the Intu story in a nutshell. It started with the gradual worsening performance of the company as the share price spiralled lower. Then in this recent week, events unravelled quickly as Intu moved from warning of the potential of administration to then appointing administrators three days later. In my opinion, mismanagement has been a large contributing factor to the downfall. Intu has sold off assets far too slowly and paid the price for leaving it too late to deal with its debts. The company should have put a substantial amount of assets up for sale far earlier. It would now be best for shareholders to move on from Intu, as the likelihood of return is minimal to say the least.

Follow Noah Riley and get email alerts
+
Add a comment
Disagree with this article? Submit your own.
To report a factual error in this article, click here.
Your feedback matters to us!