In this video, I will be providing a background on the U.S. Federal Reserve’s readiness for buying U.S. stocks, what some financial professionals are saying about this, and also explain what this means for investors. So please stick to the end of the video to find out.

If you’re new to the channel, please know that I work on videos covering stocks, economics, and other related financial news. If those things sound interesting to you, then please hit that subscribe button on my YouTube Channel as well as give me a thumbs up.

According to the Federal Reserve’s website, they created a special purpose vehicle (SPV) in March 2020 and managed by BlackRock (BLK) to do the buying of bonds. Most people are well aware of the bond purchases that is already happening. You can view my previous videos on this. However, in the investment management agreement with BlackRock, most people missed the fact that the Federal Reserve also included language to allow them to transact in stocks as well. Essentially, the Fed is ready to go and buy stocks if truly needed. This is their hidden ace card. 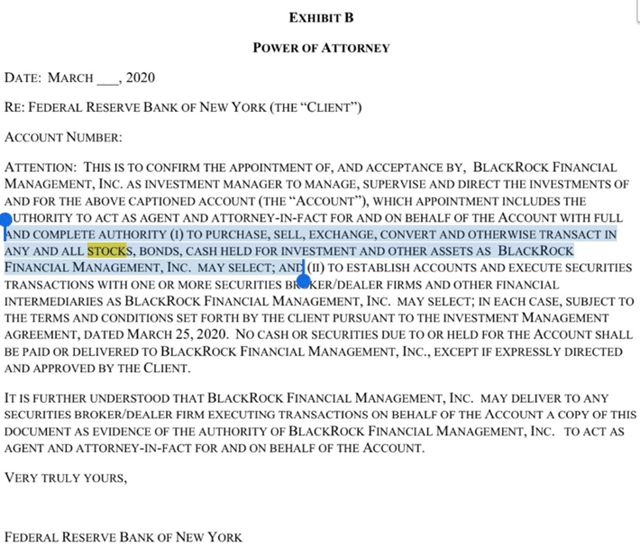 You can see that according to the Exhibit B, this is the power of attorney language for BlackRock to “manage, supervise, and direct the investments” for the Fed’s account. Clearly, the language in Exhibit B says, “transact in any and all stocks, bonds, cash held for investment and other assets.”

Let’s see how well-known financial people are saying about this. Scott Minerd, Global Chief Investment Officer at Guggenheim Partner said in a recent CNBC article, that “a reckoning is coming, and soon. He expects the S&P 500 will retest its March 23 low of 2,237.40 over the next month, potentially crumbling to as low as 1,600.” It should be noted that Minerd is one of the more bearish people on Wall Street right now. Scott Minerd further adds, "there's a point where the Federal Reserve is going to have to pull out a bazooka," Minerd said in an interview. "And I think the option of buying stocks on the part of the Fed is on the table." Clearly, if the stock market does continue to fall due to sustained high unemployment rates, then it would erode confidence among consumers, small businesses and CEOs. 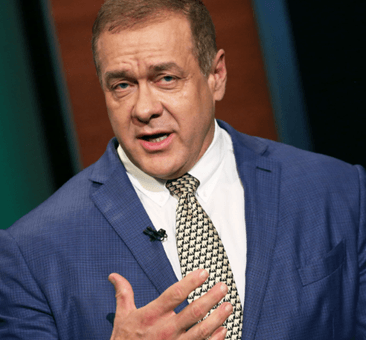 In early April, Janet Yellen (former Fed Chair) said, “Technically, the Fed does not have the legal authority to purchase stocks, although the US central bank should seek that power.” It is important to note that buying stocks would be a significant escalation in the Fed's mission to avoid a depression – it is truly their last resort. "I frankly don't think it's necessary at this point," Yellen said, "but longer term it wouldn't be a bad thing for Congress to reconsider the powers that the Fed has with respect to assets it can own." 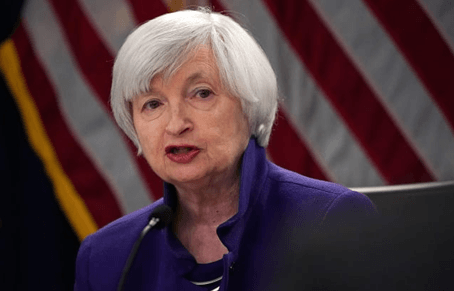 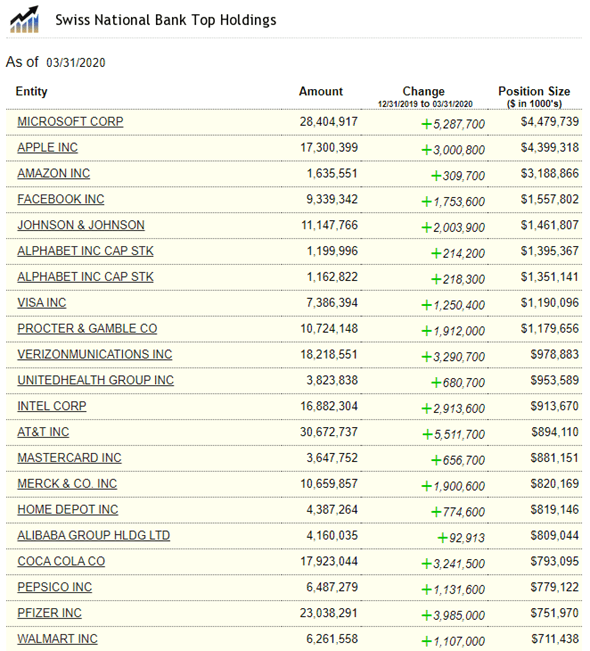 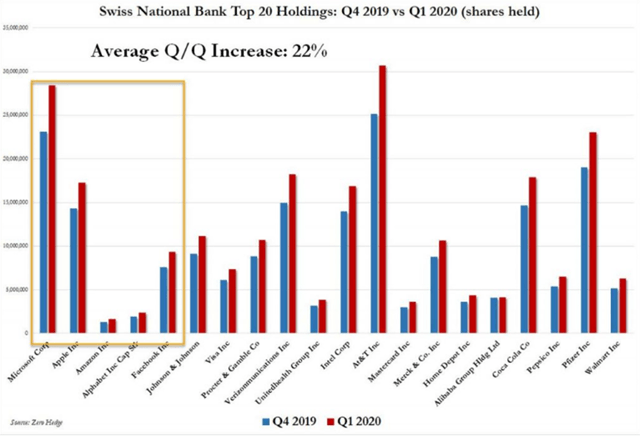 Conclusion -- What it means for investors

Overall, this article is to really show to investors that the Federal Reserve is ready to buy stocks based on the agreement they signed with BlackRock. They are ready to act – yet there has really been no press coverage of this at all. What this means for investors is that the market is artificially “propped” up by the Fed. The Fed has reiterated multiple times that they will do “what it takes” to keep the market and economy afloat. The Bank of Japan and Swiss National Bank serves as a template for the U.S. Fed to copy should they really need to purchase stocks. The Swiss National Bank did not hesitate at all to purchase stocks in Q1'20, and this should be reassuring to U.S. investors if the Federal Reserve takes similar actions.

The reason why this would happen is if the market begins to fall precipitously, which would erode the paper value of people’s 401k accounts. This would induce fear and panic, and even cause psychological mindset of not wanting to spend in the economy. Therefore, the Fed still has this ace card, yet to be played. At this current level, it may very well not have to play their final “ace card” in buying stocks.

Disclosure: I wrote this article myself, and it expresses my own opinions. I am not receiving compensation for it (other than from Seeking Alpha). I have no business relationship with any company whose stock is mentioned in this article. This article represents my own opinion and is not a substitute for professional investment advice. It does not represent solicitation to buy or sell any security. Investors should do their own research and consult their financial adviser before making any investment.

Real Finance
1.6K Followers
This message is for informational purposes only. This message does not constitute a recommendation to buy, sell, or hold any security or financial product. No content in my articles presentation constitutes investment advice.
Follow