Tekla Healthcare Opportunities Fund (NYSE:THQ) is a fund focused on the healthcare space. This sector, relatively speaking, has performed very well throughout 2020's volatility. The tech sector is the other area of the market that has held up remarkably throughout this same period.

THQ offers investors an enticing discount of 10.81% currently, along with what appears to be a sustainable distribution. The fund should continue to perform well going forward too. Though I believe healthcare overall is a bit on the higher valuation side if compared to the broader market - after many sectors haven't traced the same recovery from the March lows that healthcare has.

THQ is one of four funds offered by Tekla. This particular fund sponsor is quite a niche manager, in that all four of the funds managed are healthcare-related. Out of the four funds, THQ has a greater emphasis on U.S. stocks and more 'traditional' healthcare-related names. This generally creates a more stable fund compared to the others. With that being said, the fund does utilize leverage. This can create volatility in a greater magnitude than if we compared the fund to something like an index tracking ETF - for instance, the Health Care Select Sector SPDR (XLV).

Currently, THQ reports leverage at 22.03%. The fund has just over $1 billion in total managed assets. This does make it quite a large fund for a CEF. The larger size does generally help with more liquidity for shareholders, which is exactly what we get with the average volume for THQ coming in at 221,315. That provides sufficient liquidity for the majority of investors. 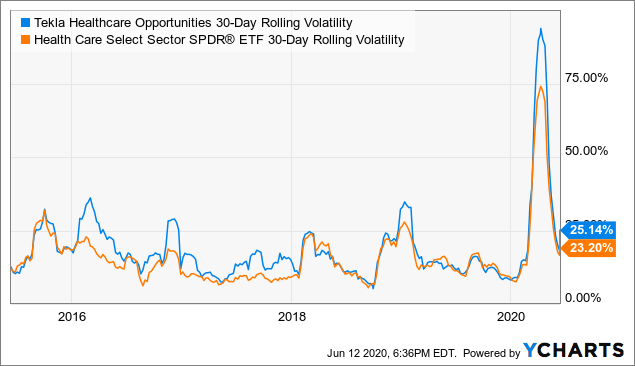 THQ has an investment objective to "seek current income and long-term capital appreciation through investing in companies engaged in the healthcare industry, including equity securities, debt securities and pooled investment vehicles."

While the fund has a flexible investment policy, they typically carry heavy equity exposure. This can be more beneficial for investors looking for greater returns through capital appreciation potential. For those that want a more fixed-income play, this certainly wouldn't be the fund for you.

The expense ratio for the fund was last reported at 1.49%. I believe this is reasonable as they have been able to put up respectable returns. When including the leverage expense this climbed to 2.22%. 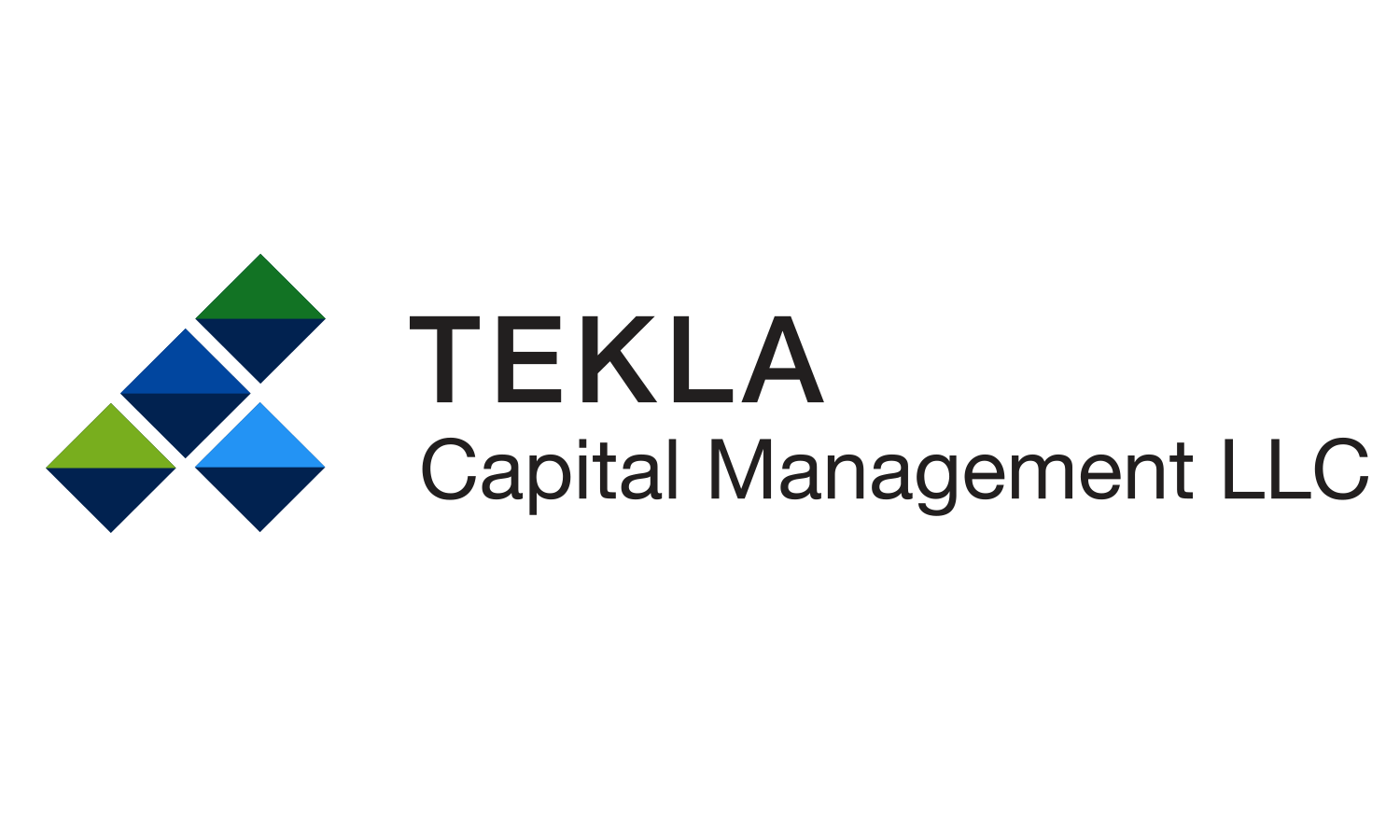 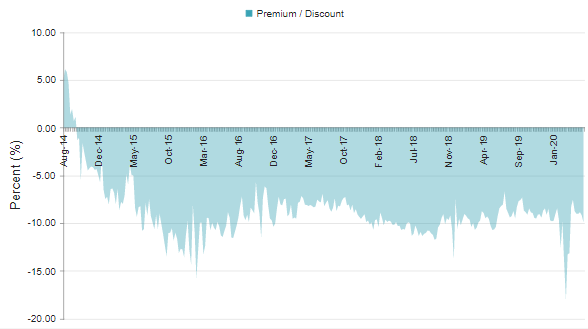 With that being said, the fund did drop to a 20%+ discount in the latest sell-off in the broader market. This was very short-lived and popped right back up after only a couple of times and for only a couple of days in March.

These moves coincided with March 18th, when the bottom dropped out for CEFs. Then, on March 23rd, which is exactly when the latest low in the market was. 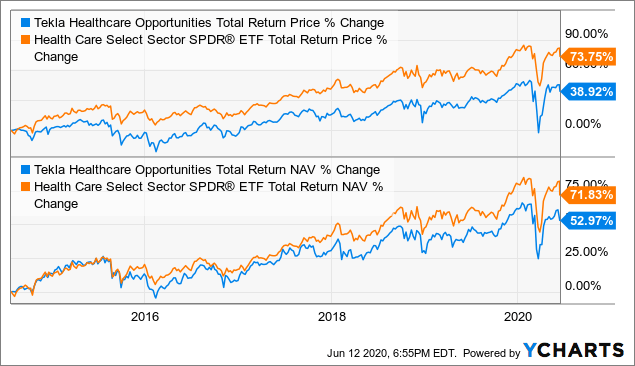 Since inception on in July 2014, the fund has underperformed the XLV ETF. One of the reasons for the longer-term lag could be attributed to the fund having some positions in the fixed-income asset class. Whereas, XLV is comprised solely of equities. This is certainly disappointing; however, an income investor would certainly be much more attracted to THQ with its 7%+ distribution, compared to XLV's dividend yield of 1.62%.

Admittedly though, even that higher exposure to fixed-income assets on a YTD basis still didn't help stop THQ from underperforming in that timeframe either. Of course, leverage and a higher expense ratio play a role too. The fund did flirt with some positive returns for the year briefly as well after the March's lows, before slipping back into negative territory recently. 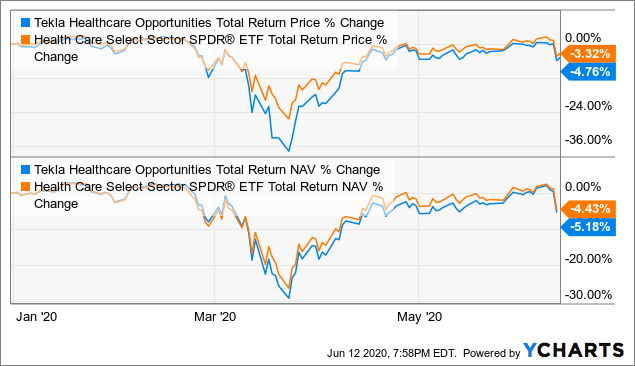 The current distribution on the fund is 7.47%, with a NAV distribution rate of 6.66%. This is paid out monthly at $0.1125 per share. The same rate that has been paid out since inception. I do lean on the largest positive of this fund coming from this predictable income. This is as the fund yields at a realistic level.

Relative to a lot of other CEFs, 7.47% might not seem that attractive. This is especially true at the moment, as a lot of CEFs have fallen much further than THQ and have yet to recover in the same manner. That is another factor that might be attributed to this fund's perpetual discount. The lower yield might be keeping investors away from bidding the fund up. Additionally, Tekla isn't that well known of a fund sponsor since they are so small anyway.

The bulk of the fund's distribution is attributable to capital gains as well. This can be beneficial if held in a taxable account, where capital gains are taxed at a lesser rate for most individuals. This isn't out of the ordinary either for most equity CEFs. 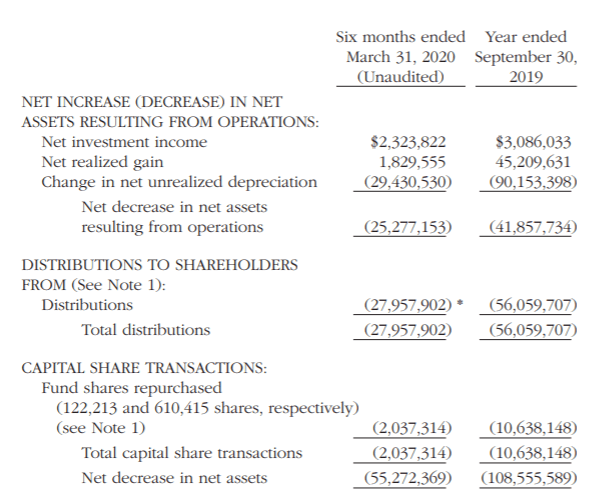 This is reflected in the fund's Semi-Annual Report, for the period ending March 31, 2020. Here we see that just 8.3% of the fund's distribution was covered by NII for these six months. With that being said, if the second half of their fiscal year mirrors the first, we will see a slight uptick in NII.

From the image above, we also see that the fund was busy repurchases shares. Again, if the first six month period mirrors the second, we would see an overall decrease from last year's repurchases.

The fund was also showing an unrealized depreciation of $2,950,417 in that last report. Remember though, that was on March 31st, 2020. We have rebounded significantly - at that time the fund's total assets were ~$952 million. Meaning that the fund is now back into having unrealized appreciation on the books again.

Thanks to the fund's discount though, the fund should be on better footing to support a ~6.6% NAV distribution rate.

From last fall's holdings, we see only some minor shuffling in the top ten holdings. Besides the allocation shuffling, we see that Anthem, Inc. (ANTM) that was there in the fall has been replaced in the top ten by Cigna Corp. (CI). ANTM is actually still a holding of the fund, but it dropped down to 13th position. 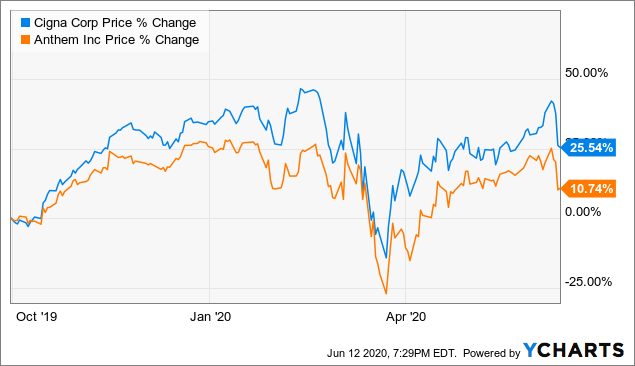 This can be helped explained by the two companies' performances since the previous THQ coverage. Both of these companies operate in the same subsector as well, so it comes down to company-specific performances and not a broader move.

Johnson & Johnson (JNJ) continues to be right towards the largest position. Which is not a bad thing for current shareholders of THQ. The company is one of the fundamental fixtures of the healthcare space. The companies 57 years of dividend growth are certainly welcomed too! The last 10-years of growth comes in with a CAGR of 6.87% - well above the meager inflation levels we have witnessed over the same time frame. 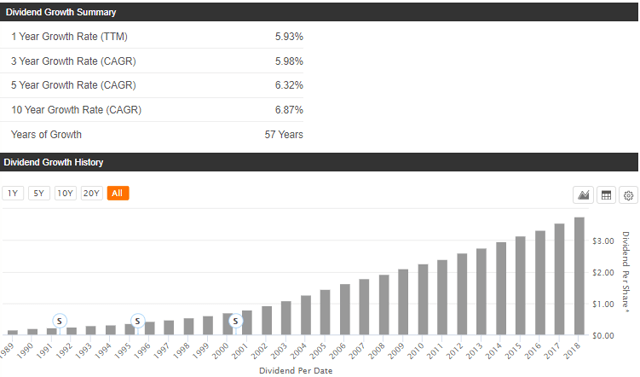 The payout ratio has been relatively flat too for JNJ, apart from a large spike in 2017. This has to do with the sweeping tax reform that took place in 2017. JNJ reported an EPS of only $0.47 for the full-year 2017 due to a tax charge. 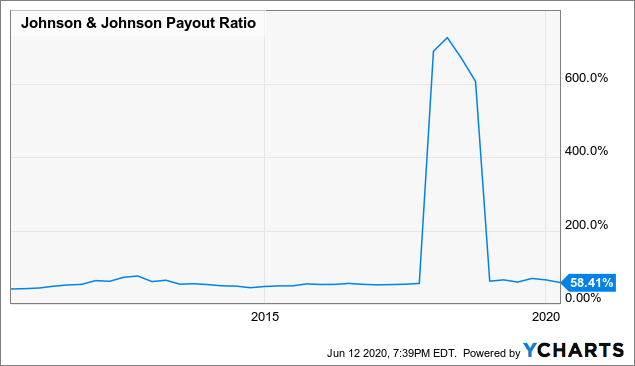 That means JNJ has sufficiently grown earnings enough to offset the increases in dividend raises, without having to cut into their ratio too much. This is a good sign for a fund like THQ that holds JNJ.

One of the reasons that healthcare has been performing so well, besides just being a defensive sector in general, is due to the underlying positions being supported by hopes of a vaccine breakthrough. There are plenty of companies in the running that are working on a COVID-19 vaccine as well. 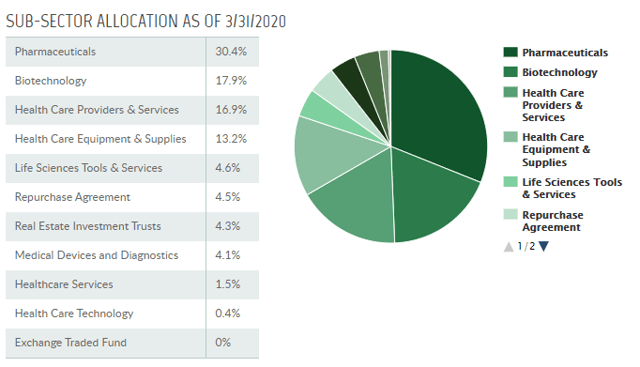 With the fund heavy in pharmaceuticals, this can help offset the more volatile nature of biotechs overall. Pharmaceutical companies (such as JNJ) generally do offer more stability due to their more predictable cash flows. For biotechs, they are more typically reliant on their next big breakthroughs. They are at the mercy of the FDA approving or rejecting whatever it may be that they are researching.

The fund is primarily holding equity positions, at 75.5% of the portfolio. This is in-line with what we have previously witnessed. Short-term investments refer to the fund's reverse repurchase agreements that they utilize. In addition to that, the fund does use some options in its portfolio as well - both written and purchased. Which again, could help explain why the fund is lagging XLV, that doesn't utilize these other more exotic strategies.

The fund currently offers quite an attractive discount for investors looking for a solid fund operating in the healthcare space. The fund utilizes a combination of leverage and options to potentially enhance returns. Unfortunately, the fund has lagged its XLV benchmark, by quite a bit too since inception. Though the fund has still put up respectable returns over the last 5-year period of 5.81% on a NAV basis. Additionally, over the last 3-years the fund put up 10.10% and 1-year gives us a 19.21% total NAV returns.

THQ has rebounded significantly from its lows in March as well. At that time the fund hit levels of 20%+ discounts. That would have been an ideal time to pick up more shares. However, at that time there were plenty of bargains. Should the fund dip back to those levels, I would be interested in adding significantly to my position. Even now, over the longer-term, I believe the fund is worth taking a look for an investor that might be lacking healthcare exposure.

Disclosure: I am/we are long THQ. I wrote this article myself, and it expresses my own opinions. I am not receiving compensation for it (other than from Seeking Alpha). I have no business relationship with any company whose stock is mentioned in this article.

Additional disclosure: This article was originally published to members of the CEF/ETF Income Laboratory on June 12th, 2020.