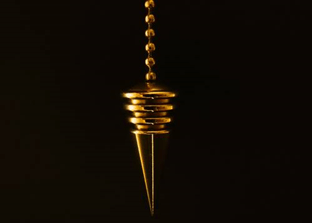 (Pexels - The Pendulum Swings Both Ways)

One of the few solid areas to invest this year has been gold and gold miners. The SPDR Gold Trust ETF (GLD) has risen 18% this year and 50% since its 2018 trough. Miners have been even stronger, with the gold miners ETF (GDX) rising about 30% this year and 110% since the 2018 low.

Unlike most other high-performing equities, gold miners still have relatively normal valuations, with most having P/E ratios below 20X. Due to low valuations and evidence suggesting a long-term breakout in gold, gold and gold miners have been one of my largest allocations this year.

Gold is right at the cusp of making a new all-time-high which is currently $1920/oz (2011). Many investors and analysts are betting this will happen soon due to extreme money creation from the Federal Reserve and surprisingly high inflation (given the recession). However, no assets move in straight lines. When there are no bears left, the downside risk is often the highest.

Today, that seems to be the case, and it warrants caution for precious metals investors. As you'll see, there may be a dip in gold and silver before a potential rally much higher.

Contrary to the beliefs of some, gold is a very efficiently priced asset that closely tracks monetary fundamentals. At its core, gold is a zero-yield asset that is likely to track CPI changes over a long-term horizon. In a sense, gold "competes" with fiat currency, which usually pays a positive yield after inflation. However, this is not true today, as interest rates are below inflation. This has been the primary catalyst for gold's breakout.

We can see this through yields on inflation-indexed Treasury bonds (TIP) which have a higher correlation to the price of gold, since they pay the change in CPI. We can also see CPI expectations from the difference in yield between these inflation-indexed bonds and traditional fixed-rate Treasuries (i.e., "breakeven rate"). See below:

As you can see, gold has a very strong negative correlation to the 10-year inflation-indexed Treasury rate. This rate is currently -78 bps, which means an inflation-indexed Treasury bond currently costs 78 bps to own (but is still indexed to CPI). In other words, investors are expected to lose 78 bps per year in purchasing power. This makes gold an attractive asset, since its yield is zero - it costs nothing to own.

In order to ward off an economic depression, the Federal Reserve is making an effort to increase inflation while keeping interest rates low. This is characterized by pushing inflation-indexed bond yields deeply into negative territory. This has been bullish for gold, which has also benefitted from the recovery in inflation expectations.

Looking at the same chart from a short-run time frame, we can see a slight shift in trends:

As you can see, the trend toward lower inflation-indexed rates and toward higher inflation expectations (breakeven) have both leveled off. The same is true for the price of gold, which is understandable given it is so close to an all-time high.

Does this mean the long-term trend toward higher gold prices is over? Most likely not, and I continue to maintain my long positions. However, I do not intend on adding to those positions over the next month unless there is a 5-15% correction.

This is sensible given the economic backdrop. As seen by Thursday's jobs report, the economy is perhaps a bit weaker than expected. With many states pursuing new lockdown efforts, it follows that there is likely to be another wave lower for the economy. However, unlike the March slowdown, this one does not have the same level of congressional support for stimulus programs, which means the money supply is unlikely to continue to skyrocket (at least for the time being).

As you can see below, the M2 money supply (which is driven by QE) has also leveled off. For many investors, the rising money supply is a major catalyst for buying gold. I believe it will continue to rise in the long run, but its rate of change has slowed dramatically. See below:

Based on these data, I believe it is generally clear that the fundamentals which have been pushing gold higher over the past few months have leveled-off. They have not yet gone into reversal which means gold may be simply headed for a period of flat performance. That said, I believe a correction is more likely given the high expectations in the market.

In fact, recent surveys show bullish sentiment from precious metal analysts for gold at a 90th percentile. This means the vast majority of those who followed gold prices are bullish. Personally, I believe this is a short-term bearish signal because it means investors may not be aware of the potential downside risks.

Chiefly, this includes the impact of a short-term liquidity shortage on gold, which was the major cause of its decline during the March crash. Given the Federal Reserve has slowed the pace of QE and inflationary signals are leveling off, this is a very possible factor. Particularly if there is a decline in equities, which is possible given other fundamentals.

We are also seeing strong trends in silver (SLV) and silver miners via the ETF (SIL) and the junior silver miner ETF (SILJ). I prefer silver and silver miners to gold from a long-run perspective, but the recent rapid rebound in the silver/gold ratio may be due for a pullback. See below:

In general, silver has a stronger correlation to the economic backdrop than does gold, since silver has more industrial uses. Silver has been a very strong commodity since its March crash, but again, this makes the asset due for a pullback. This corresponds to the very clear leveling-off of crude oil over the past few weeks.

Overall, I believe gold and silver, as well as mining stocks, are due for a short-term pullback which will clear out weak hands. Inflation expectations are no longer rising and inflation-indexed Treasury rates have recently stopped declining. With the 10-year real-rate at nearly -80bps, the Federal Reserve may be forced to take a slightly hawkish turn in order to keep food inflation from getting out of hand. This would be bearish for gold.

Still, for the time being, I believe the downside risk is not too large. If there is a short-term correction, it will likely bring gold back to April-May levels, which are 10% below today. If the rate data I use to track precious metals fundamentals continues to switch directions, more risk is possible, but I believe that is generally unlikely.

Luckily, the majority of precious metals investors have a long-run outlook, so such a decline would only represent yet another dip-buying opportunity. Though I do expect a bump in the road, I do not intend on selling my long positions in my favorite gold and silver mining stocks; I will only be looking to buy more before gold hits an all-time high later this year.

Of course, there are no guarantees that gold will hit a new all-time high, but the fact is that the Federal Reserve's "whatever it takes" approach and the current ~$4 trillion Federal Deficit this year support much higher gold prices in the long run. Still, short-term caution is warranted, and interest rate fundamentals signal the precious metal's rally will need to take a breather before continuing higher.

If you're looking for (much) more research, I run the Core-Satellite Dossier here on Seeking Alpha. The marketplace service provides an array of in-depth portfolios as well as weekly commodity and economic research reports. Additionally, we provide actionable investment and trade ideas designed to give you an edge on the crowd.

As an added benefit, we're allowing each new member one exclusive pick where they can have us provide in-depth research on any company or ETF they'd like. You can learn about what we can do for you here.

Harrison Schwartz
12.32K Followers
Harrison is a financial analyst who has been writing on Seeking Alpha since 2018 and has closely followed the market for over a decade. He has professional experience in the private equity, real estate, and economic research industry. Harrison also has an academic background in financial econometrics, economic forecasting, and global monetary economics. His promise to readers is that he will tell the truth as best he can see it, with no sugar coating and no hype - even if his view disagrees with the popular narrative (which it usually does these days).
Follow