A confectionery company Tootsie Roll Industries, Inc. (NYSE:TR) had been increasing its dividend per share for more than 50 consecutive years; the stock was awarded a dividend king title. For novice income-oriented investors, building a portfolio of dividend aristocrats/kings/champions, especially from recession-immune industries, is considered to be a relatively low risk but also lucrative strategy. At first glance, TR is an almost perfect low-risk investment to consider, given the non-cyclicality of its confectionery business and the track record of dividend hikes that survived a few recessions that most public companies can only envy.

Unfortunately, Tootsie Roll lacks growth potential and has poor value, and I have to acknowledge that a compelling dividend investment thesis cannot be created here. In the article, I will expound on why I would not consider investing in TR, as the unattractive, close to 1% dividend yield is not the only issue the stock has.

Forget about cyclicality, but also about revenue growth

Tootsie Roll Industries has a vast portfolio built during its over 100-year history, including registered trademarks like TOOTSIE POPS, CHARMS, DOTS, and a plethora of others. The company has a dual capital structure: common stock and Class B common stock. 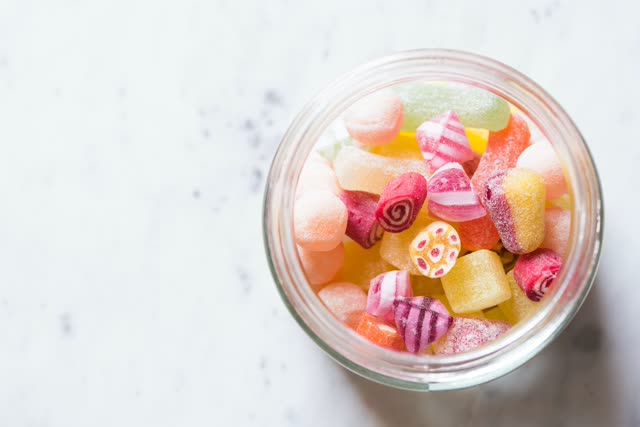 Though it also generates sales in Canada and Mexico, the U.S. remains its flagship market. As anecdotal evidence suggests, confectionery business is highly lucrative, as sweets and chocolate are among the staples of a modern diet. But the first issue with Tootsie is that though the business is not in decline in the wake of the pandemic (investors appreciated it, considering that during the gloomiest days in March, the stock price was immune to the overall market panic), it is also not growing, at all.

Yet its poor (0.49)% five-year sales CAGR had not hindered the stock from delivering a price return of over 20%. The only explanation I can offer here is that investors have been buying TR mostly because it has a recession-proof food business, ignoring the stalled growth. However, in the last five years, it had underperformed the S&P 500, which rose by over 51% despite a deep dive this March when the market’s confidence was shattered by the coronavirus.

And, anticipating my dear readers' possible question if the improvement in profitability shored up investor confidence, no, profits and cash flow growth does not justify the capital appreciation, simply because there was no consistent cash flow (LTM cash flow is below the 2013 level), FCF, or EPS growth in the last five years, despite short-lived fluctuation in the GAAP net income in 2018 bolstered by the tax reform.

Sure, there were some positive short-term dynamics (e.g., cash flow rebounded from $43 million in 2017 to over $100 million in 2018), but a consistent trend is not observable. At the same time, while profits fluctuated and revenues were flat, shareholder equity went up ~9%.

2019 and 1Q20 were not extraordinary. In FY19, Tootsie’s revenue rose to $527.1 million, going up for the first time in three years. For a broader context, the best trailing four quarters result in the 2010s was $545.57 million touched in June 2015. The gross margin improved a bit vs. 2017 and 2018, as both product cost of goods sold and rental & royalty costs were down. The first-quarter figures were also generally fine, considering a ~1.8% increase in the total sales.

Though TR is a small-scale player in the highly fragmented industry, tough competition is not the only issue that complicates sales growth. There are two components of revenue growth: expansion of volumes and price inflation. The problem with the confectionery market is that, in my view, its volume growth is dependent on one catalyst: population growth. We all love sweets and chocolate, but a sharp increase in sugar consumption can have debilitating effects; the most obvious repercussion is a steep increase in the risk of diabetes and overall deterioration of physical conditions. So, the higher the count of consumers, the bigger the market, assuming unchanged or even slightly down the average consumption of sugar products per customer. So, in the long term, the top line will be positively impacted by the population growth in North America, but in the short term, the increasing popularity of more healthy diets and falling consumption of sugar (frankly, I also try to minimize sugar consumption opting for more nutritious snacks) will complicate revenue expansion.

Actually, in this case, the most reasonable move would be to leverage inorganic growth, or put another way, to acquire a company, thus capturing a bigger market share and bolstering sales growth. TR's balance sheet power is relatively enough. This July I have discussed the pest control company Rollins (ROL), which, thanks to its highly proficient acquisitions strategy, had delivered robust revenue expansion (a 7.7% 5-year CAGR), while the share price rose 128% in the last five years. However, TR's Board prefers to allocate capital to shareholder rewards, ignoring inorganic growth.

As sales expansion stalled, the prospects of the continuous dividend hikes in the long term (the mid-to-late 2020s) are at risk. Sure, it will take time before the firm faces a dilemma of where to find funds for the next dividend increase, but it will inevitably happen at some point in the future. Tootsie had taken a quite conservative shareholder rewards policy, returning only a portion of organic FCF to investors via dividends and buybacks (e.g., 66% in the last four quarters), retaining most of the FCF and thus securing significant capital flexibility. However, it does not mean it can increase DPS ad infinitum while its sales are teetering around $530 million.

The silver lining: the balance sheet reinforced with a weighty cash pile

Tootsie has a cash pile of $216.58 million, equivalent to net operating cash flow it generates in more than two years and an almost debt-free balance sheet. Its debt, which consists of such on-balance-sheet obligations like short-term bank loans and industrial development bonds, equals just $8.28 million. Operating lease liabilities add up to $1.39 million. In this sense, liquidity and solvency risks are meager.

Cash flows are of paramount importance

Researching TR’s cash flows, which are at the crux of its dividend sustainability, I noticed a remarkable deviation from average net operating cash flow in 2017. In just one year, cash flows had more than halved, despite the highest net income in ten years. Since then, net CFFO had already rebounded, but we should analyze that issue.

I found out that the problem was precipitated not by inventory build-up or issues with the collection of receivables, but by a significant reduction in prepaid expenses, deferred taxes, and deferred compensation. So, I hope that was a one-off deviation.

Source: page 35 of the annual report, highlighted by the author

As comes from the data, both the dividend and total rewards coverage is remarkably firm. Total rewards were covered over 1.52x in LTM and 1.39x in 2019. Next, and unfortunately, Cash Return on Equity is not attractive. In the case of a confectionery company, I expected a close to 20% CROE, but it is around 13.9%. The best result was achieved in 2013 when CROE was 16.5%. So, capital efficiency is not utterly disappointing, but there is room for improvement.

I am highly confident that TR’s dividend sustainability is exceedingly strong. It has no maturities on the horizon and interest payments do not weigh on FCF, thanks to its flawless equity-dominated capital structure.

However, I reckon Tootsie Roll Industries’ leadership clearly understands that the prospects of sales growth are clouded. Thus, it has been deploying cash to the buyback in order to reduce share count and, thus, decrease the total amount of cash it needs to cover dividends, and also making it much easier to increase DPS in the future. But does an investment in the stock that yields ~1% worth it? Surely, for a broader context, we can go a bit deeper and take into account the yield on cost. So, investors who bought the stock in 2000 for, for instance, $16, now have a yield of ~2.3%. Alas, that is utterly not attractive. Thus, I am neutral on TR.

Vasily Zyryanov
1.86K Followers
Vasily Zyryanov is an individual investor and writer.He uses various techniques to find both relatively underpriced equities with strong upside potential and relatively overappreciated companies that have inflated valuation for a reason.In his research, he pays much attention to the energy sector (oil & gas supermajors, mid-cap, and small-cap exploration & production companies, the oilfield services firms), while he also covers a plethora of other industries from mining and chemicals to luxury bellwethers.He firmly believes that apart from simple profit and sales analysis, a meticulous investor must assess Free Cash Flow and Return on Capital to gain deeper insights and avoid sophomoric conclusions.While he favors underappreciated and misunderstood equities, he also acknowledges that some growth stocks do deserve their premium valuation, and its an investor's primary goal to delve deeper and uncover if the market's current opinion is correct or not.