Agenus (NASDAQ:AGEN) is a commercial stage pharmaceutical company because of its royalties from QS-21, which is a component of Shingrix. It acts more like a clinical-stage company, however, because it pre-spent the Shingrix royalties and has an extensive clinical stage pipeline. Before the end of Q3 2020, Agenus plans to apply to the FDA to get its second commercial approval, for Balstilimab. Other potential therapies are lined up behind that. While there are risks, the stock is valued quite conservatively, so good data or FDA decisions should send it significantly higher. This article focuses on the timeline for late-stage assets, then makes an argument for a higher market capitalization and stock price.

Balstilimab and zalifrelimab data are being prepared for submission to the FDA for potential commercial approval. Agenus plans to file for balstilimab, as a monotherapy, by the end of September. Balstilimab is an anti PD-1 monoclonal antibody that would compete with Keytruda, Opdivo, and other PD-1 agents. The filings for Zalifrelimab and the combination of the two drugs should not be far behind. Zalifrelimab is a CTLA-4 monoclonal antibody that would compete with Yervoy. The first indication for the monotherapies and the combination will be second-line, recurring or refractory ovarian cancer. The combination has been particularly effective in this hard-to-treat, high unmet need cancer type. The Phase 2 trial of the combination has completed accrual, so there is likely to be updated data before the end of this year. The data so far in cervical cancer is strong, with nearly twice the response rate of Keytruda monotherapy.

If the FDA grants balstilimab monotherapy approval under Fast Track Designation and Priority Review, Agenus will quickly set to work to expand the label into the many indications where PL-1 and CTLA-4 agents are already known to work. In the short run zalifrelimab will be tried in an expansion trial for angiosarcoma, where it has already shown outstanding results.

I am not going over the data for these two drugs here. You can find my summary for these therapies in Agenus Reveals Improved Cancer Immunotherapy Results. More detailed data from the trials can be found at agenusbio.com.

AGEN1181 is a very exciting improved CTLA-4 agent, based on early data, as summarized in Agenus 1181 is a Potential Cancer Game Changer. Since the Phase 1 trial is ongoing, and patients continue to be followed, more data will be released at intervals. The latest update of 1181 combined with Balstilimab noted 65% of patients showed some level of response, and two achieved complete responses. Agenus has launched expansion cohorts in non-small cell lung cancer, microsatellite stable colon cancer, melanoma, and renal cell carcinoma.

TIGIT is a target for cancer therapies because it is an immune response receptor on some T cells and NK, or Natural Killer Cells. Agenus has done extensive preclinical work with TIGIT antibodies and is getting ready to apply to the FDA to start clinical trials. AGEN1777 is a TIGIT bispecific that could file an IND in 2020. What 1777 is bispecific for is a closely-held secret, though Agenus has revealed the second activity inhibits an undisclosed T and NK cell receptor. Fc-enhanced monospecific TIGIT AGEN1327 could file an IND in the first half of 2021. Preclinical work suggests the Fc enhanced backbone has superior tumor killing activity. While getting trials underway is great, these are more of a 2021 story than a near-term catalyst. 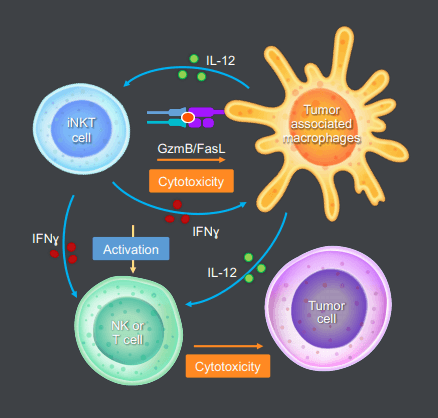 A relatively new type of therapy is iNKT (invariant Natural Killer T Cells). Two of these Agenus therapies are IND cleared, which means Phase 1 trials could get underway soon. While the therapies are exciting, I believe projecting any substantial value into them before there are even Phase 1 results is not a good idea.

In the Agenus Q2 2020 results release the ending cash balance was reported as $79 million. After the quarter ended Agenus received another $35 million from Betta for Chinese rights to balstilimab and zalifrelimab. While that is a marginal amount of cash for a company that may need to build a sales team in 2021 while continuing to develop its pipeline, Agenus has been adept in the past at generating upfront and milestone payments by licensing rights to its therapies. Cash used in Q2 was $37 million, so more cash will have to be raised in the next year. Agenus is already negotiating for the sale of ex-U.S. rights to AGEN1181, but we do not know if that will happen, or the timeline, or the upfront amount that would be generated.

On Slide 6 of the AGEN Q2 2020 presentation Agenus estimates there are about 9,600 patients that would be eligible for its second-line advanced cervical cancer combination of Balstilimab and Zalifrelimab. The claim is that to date the best available therapy for PD-L1+ patients is pembrolizumab (Keytruda), which has a 14% ORR. Data so far is that the Agenus combo has a 26% ORR, and that is for both PD-L1+ and PD-L1- cancers. If that holds up, it should be possible for Agenus to gain market share in this specific indication. But keep in mind that Merck (MRK) is well established, with a substantial sales force, and will do its best to keep its market share. There is also the Bristol Myers Squibb (BMY) PD-1 inhibitor Opdivo and CTLA-4 inhibitor Yervoy, and other companies have PD-1 drugs in the market or in trials.

The overall PD-1 inhibitor market is huge, estimated at $22.8 billion on 2019. But Agenus does not have an established sales force. Even if it does have best-in-class response rate data with its initial combo or when AGEN1181 is substituted in, and even if it is price competitive, anyone projecting the market share and revenue path is just guessing. It will take time, years, to get data sets to expand the label beyond second-line cervical cancer. The same basic lack of future revenue clarity extends to AGEN1777 and other new drugs in the Agenus pipeline.

That said, if over time Agenus picked up even 3,000 ovarian cancer patients at $100,000 per patient (less than the $150,000 per year pembrolizumab launch price), that would be $300 million per year in revenue. If it is able to get a label expansion to a larger indication like melanoma, and significant market share, revenue could rocket up to billions per year.

Focusing on balstilimab and zalifrelimab, in monotherapy or combination, we should see an FDA decision sometime in 2021. If it is positive, we could see significant Agenus revenue in 2022. I expect all early revenue to be reinvested in research and development, plus building up a sales and marketing organization. At the same time, Agenus would try to extend the label to as many other cancer types as possible. In addition to that, 1181 and eventually 1777 should progress through trials that could enable FDA approval. If 1181 really does show significant improvements in CTLA-4 results, by 2022 Agenus could be on the verge of becoming a major, perhaps even large cap, pharmaceutical company.

In addition, there are possible positive outcomes in the several potential therapies Agenus has licensed to partners. The partners include Gilead (GILD), Incyte (INCY), Merck (MRK), and UroGen (URGN). Given Agenus's ability to generate new antibodies, there would be more deals in the future.

The reason I think Agenus is a clear Buy at this point is that, despite the risks of investing before the FDA has issued a decision, Agenus has a market capitalization that is dwarfed by its near-term and long-term potential. Its market capitalization at the close on August 12, 2020, at $3.56 per share, was $648 million. That may sound like a lot for a company that to date only has royalties to QS-21, which were spent in advance. But if in 2022 Agenus is ramping toward a billion or more in annual revenue, the current market cap would likely be towards the $5 billion range.

Disclosure: I am/we are long GILD, AGEN. I wrote this article myself, and it expresses my own opinions. I am not receiving compensation for it (other than from Seeking Alpha). I have no business relationship with any company whose stock is mentioned in this article.