Sun BioPharma (NASDAQ:SNBP) intends to raise $10 million from the sale of its common stock in an IPO, according to an amended registration statement.

The company is developing a treatment candidate for pancreatic cancer.

SNBP is a thinly capitalized firm operating in a very difficult area of research, where major pharma firms have invested far greater sums and failed to develop effective treatments, so I'll pass on the IPO.

Below is a brief overview video of pancreatic cancer:

The firm's candidate, SBP-101, a first-line therapy for metastatic pancreatic ductal adenocarcinoma, is being tested in combination with gemcitabine and nab-paclitaxel.

Management reported positive tolerability results along with a 62% objective response rate, "which is more than double contemporary response rates for Gem + Nab along."

Below is the current status of the company’s drug development:

Investors in the firm have invested at least $45 million to-date.

According to a 2017 market research report by Grand View Research, the global market for pancreatic cancer treatments is expected to reach a value of $4.2 billion by 2025.

Key elements driving this expected growth are a growing population aged 65 to 75 years, the peak period of incidence for pancreatic cancer, as well as growing tobacco consumption, along with smoking, higher obesity rates and growing awareness of treatment options.

Also, pancreatic cancer will likely become the second most common cause of cancer deaths in the U.S. by 2030.

The North America region produced the largest revenue share by region in 2015.

Major competitive vendors that provide or are developing treatments include: 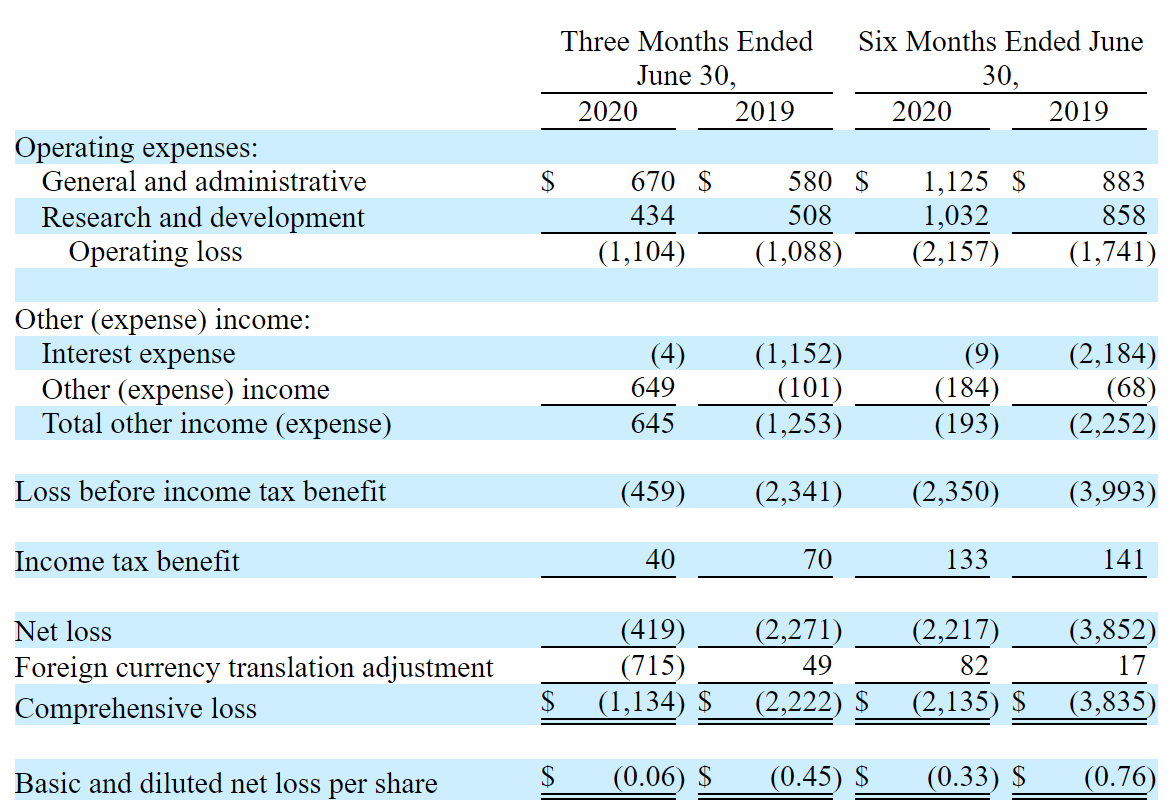 SNBP intends to sell 1.14 million shares of common stock an equal amount of warrants at an expected price of $8.75 per share for gross proceeds of approximately $10.0 million, not including the sale of customary underwriter options.

Certain existing shareholders have indicated an interest to purchase shares of up to $50,000 in the aggregate.

Assuming a successful IPO at the midpoint of the proposed price range, the company’s enterprise value at IPO would approximate $69.6 million.

Excluding effects of underwriter options and private placement shares or restricted stock, if any, the float to outstanding shares ratio will be approximately 13.92%.

Per the firm’s most recent regulatory filing, it plans to use the net proceeds as follows:

We intend to use the net proceeds from this offering for the continued clinical development of our initial product candidate SBP-101, the repayment of approximately $0.8 million of outstanding indebtedness, and for working capital and other general corporate purposes.

The sole listed underwriter of the IPO is the Craig-Hallum Capital Group.

For its lead candidate, the firm has completed Phase 1 safety trials and is also included in a combination drug study.

The market opportunity for pancreatic cancer is growing and it may become the second largest cause of cancer deaths in the U.S. by 2030.

Part of the challenge with pancreatic cancer is that it can progress significantly with the patient being aware of it.

As to valuation, management is asking IPO investors to pay an enterprise value that is well below the typical range for main line biopharma firms at IPO.

SNBP is very thinly capitalized and will only be raising a small amount of money in the IPO. Future trials will require far larger sums to conduct.

Furthermore, pancreatic cancer treatment research is one of the most difficult areas of cancer research.

Pancreatic cancer has one of the lowest five-year survival rates of major cancers, so while I wish the firm well, the IPO is one that I would not invest in.