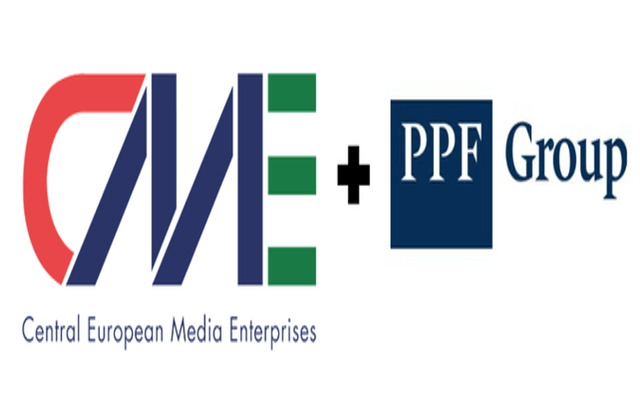 Central European Media Enterprises Ltd. (Nasdaq: NASDAQ:CETV) (hereinafter, "CME") is working towards consummating its agreed-upon acquisition with PPF Group N.V., a Dutch private investment firm, where the latter will acquire CME for $4.58 per share. With only one hurdle remaining and the transaction anticipated to close before October 27, 2020, the arbitrage offers a rare opportunity for investors to fetch a superior return in a matter of weeks.

From the Proxy Statement, PPF had shown interest in a transaction with CME beginning in 2017, but talks were put on hold for undisclosed reasons until March 2019 when CME publicly announced it was exploring strategic alternatives.

After seven months of negotiations, the parties indited their agreed-upon terms to merge on October 27, 2019. Key terms and conditions of the Merger Agreement include cash consideration of $4.58 per all outstanding class A shares, shareholder approval, and four required regulatory applications. However, the merger is not conditioned on financing. The outside date for consummating the merger is October 27, 2020 with the option, at either parties' discretion, to extend the agreement to January 27, 2021 in the event regulatory approvals remained outstanding.

Shareholder approval was received on February 27, 2020 at the special shareholder meeting and since then the parties have received all but one regulatory approval - the European Commission.

The parties originally intended to file the application with the EC in the second quarter but the filing was delayed due to the global pandemic. The outbreak also fueled speculation that Petr Kellner, PPF founder, was getting cold feet about the proposed acquisition and that was, in part, why the EC application was delayed.

This concern, however, was quelled with a message from PPF's Twitter account announcing it submitted its application to the EC on September 1.

The provisional deadline for the EC's Phase I investigation is October 6, 2020. However, the EC may decide to carry out a Phase II investigation if it feels the merger needs an in-depth analysis of the merger's effect on competition. This would extend the deadline for a decision until late 2020. See the European Commission's case search webpage for more information.

Based on the following discussion, the antitrust concern with this merger is moderate.

"CME is a media and entertainment company, which, through its subsidiaries, is active in TV broadcasting and other media sectors, primarily in Bulgaria, Czechia, Romania, the Slovak Republic and Slovenia." See here.

The company has several market-leading positions in countries in which it operates including the number one TV station in the Czech Republic. See here for more about CME.

In essence, the CME-PPF deal is a vertical merger where a content creator is being acquired by a content distributor. As such, the EC will be looking for any unilateral or coordinated effects that may result from the transactions. A "unilateral effect occurs in a non-horizontal merger if products of other producers post-merger are no longer as attractive substitutes as they were pre-merger" while a "coordinated effect occurs if, post-merger, it is easier for the remaining firms, or some subset, to enhance coordination and the collective exercise of market power." See The Impact of Vertical and Conglomerate Mergers on Competition for more information.

A good example of a recent vertical merger in the video content space that won antitrust approval is the 2018 AT&T-Time Warner (T) merger. The parties to that merger successfully argued the benefits for the merger outweighed any of the anticompetitive effects that would potentially result from the merger. See the court's decision. Now, the AT&T-Time Warner decision is not a precedent as it is U.S. case law and the CME-PPF is in the E.U., but it does provide guidance on how competition will be preserved in the CME-PPF deal. Also, just a side note, generally speaking vertical mergers are seen as less anticompetitive and more difficult to challenge than horizontal mergers.

With that said, there are potential antitrust risks regardless as to whether the acquisition is vertical in nature. As of 2019, CME held leading ad market share in all its geographic areas. 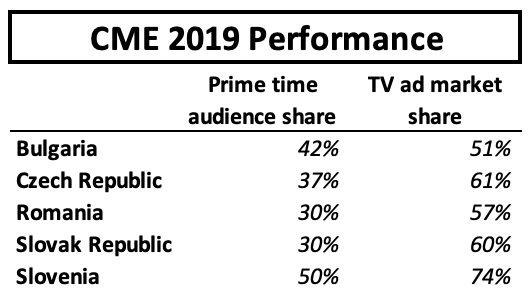 For example, CME had 37 percent of the prime time market, 61 percent of TV ad spend, and held the number one TV station - TV NOVA - in the Czech Republic. The company also operates a burgeoning paid video-on-demand subscription service, Voyo.cz, in that market. See CME Audience Share and Ratings. Meanwhile, PPF with its O2 TV service is the largest online television operator in the country. See PPF Telecom's - Czechia. Therefore, the proposed deal does have some areas that may require remedies before the deal gets the green light.

Another factor to consider is that PPF was prohibited in 2018 from acquiring TV stations in Bulgaria on antitrust grounds. In that deal, the Bulgarian Commission for Protection of Competition determined that PPF's acquisition of the largest media conglomerate in Bulgaria, Nova Broadcasting Group AD, would lead to a dominant market position. But according to Schönherr Slovenia, the BCPC decision was highly criticized for its lack of economic arguments in denying the merger:

It was not clear how the CPC concluded that the acquisition of Nova would lead to a strengthening of PPF's dominant position on the relevant markets. The CPC claimed that the transaction would impede effective competition, but the acquiring entity had only a negligible presence on the market where their activities overlapped (0–5%). Also, in its prohibition decision the CPC underlined the significant power of Nova, but failed to explain how this position would change if the acquisition by an insignificant market player is cleared.

Fortunately, this time PPF is dealing with the EC and not the BCPC in reviewing the transaction, which will likely lead to a more rigorous and less political outcome.

Overall, it is anticipated that the antitrust risk is moderate but the deal will receive EC approval.

The transaction is expected to close on or before October 27th, barring a prolonged investigation by the EC and the current arbitrage spread is approximately 8 percent. Therefore, this deal offers a superb return in just about one month.

There is, however, substantial downside risk if the deal fails to close. CME's unaffected price (the price CME was trading before publicly announcing the company was seeking strategic alternatives) was roughly $3.50 per share, implying an 18 percent downside from the current market price. Therefore, this deal offers an excellent return for those willing to assume the risk.

Anthony H. Steinmetz
752 Followers
My articles primarily focus on value, event-driven, and high yield debt investing. I have a background in managing a small family portfolio as well as military and government service.

Disclosure: I/we have no positions in any stocks mentioned, but may initiate a long position in CETV over the next 72 hours. I wrote this article myself, and it expresses my own opinions. I am not receiving compensation for it (other than from Seeking Alpha). I have no business relationship with any company whose stock is mentioned in this article.