In March gold hit $1450 after the collapse triggered by the collapse. It fell from $1,704 in just a matter of days in a massive correction. Even so, it discounted the damage that the pandemic was going to cause because the market reversed right away as the Fed announced record stimulus. The Fed leveraged about 10% of GDP to cover the potential losses in the market or about $20 trillion. This suggests the magnitude of the damage that the Fed was anticipating. 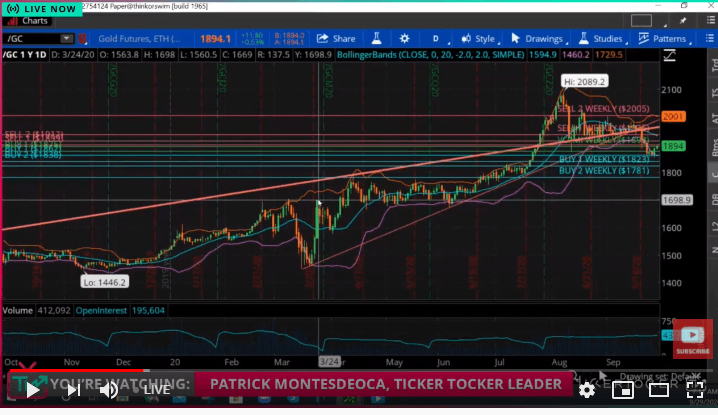 Today, consumer spending is down a few percent and the Fed has only spent about $3 trillion. We believe that the economy is going to need far more stimulus than that amount when we see how much damage the pandemic has caused in the US and around the world.

All of the stimulus is going to cause massive inflation down the road. As the Fed prints more money, each dollar is worth less. Inflation has to occur, so assets that are based on the dollar will inflate, but will really be worth less. Gold is now an alternative currency, which has real value and is not just a piece of paper. The big money woke up and bought a huge amount of gold supply in just three days, which marked a V bottom reversal in March.

We trade gold because it has the volume to day, swing or long-term trade. It also allows you to trade futures, options, ETFs, stocks or indices. There are thousands of instruments under gold that you can use to design a customized portfolio. We use the Variable Changing Price Momentum Indicator (VC PMI) to design such portfolios.

The market got overheated at $2,089, it reverted right back down to the daily, weekly and monthly mean, which were all close together. Gold activated a short trigger all the way down into the buy area of $1,862.

The biggest mistake the US made was when Nixon removed the dollar from the gold standard. The dollar then became a fiat currency, like all the others, and the government could print as many dollars as it wanted when it wanted. This meant that, over time, the dollar was worth less and less. It is now worth a penny or two compared to what it was worth in terms of buying power in 1971. Taking the dollar off of the gold standard was the beginning of the end of the American empire. Since 1971, the US dollar has declined 98% compared to gold. The dollar collapsed because of the tremendous amount of debt that has been accumulated and because so much money was printed to support the Vietnam War. Now, we are seeing the final stages of that collapse of the US empire. We have record debt, which is about 130% of GDP. Interest rates are at almost zero. We are looking at potentially even more stimulus, which means printing even more money, which further devalues the dollar even more. We are in dangerous waters in terms of hyperinflation striking. We could soon look like a cousin of Venezuela.

The future of the US currency in your lifetime is going to determine the quality of your lifestyle and even the quality of the government. This is a life-changing event for all of us. It is the worst pandemic in 100 years. The economic collapse is the worst in 90 years. We have unprecedented levels of debt. Millions of people are unemployed. Major cities are in dire straits. The alarms are going off. Recalibrate your situation to position yourself for what is coming. Gold is an excellent alternative to the US dollar. If you are in a position where you have some risk capital, buy gold. No matter how much or how little, buy gold. Take delivery. Put it away. It’s an insurance policy against the threat of a hyperinflation spiral or stagflation. The supply chain is broken. If we go into another lockdown, this system probably will not survive. What is going on is far greater than most of us appear to understand. The January 2021 Davos conference is being billed as focused on The Great Reset. World leaders are getting ready to reset the world economy. They will talk about recreating the world economic system that is fairer, more equitable and stable in the wake of the damage caused by the pandemic. World leaders realize that we are in the midst of a major change in the financial world. The old system is unsustainable. A new system is required. No matter how dark things appear, no one knows what the future holds. Gold may be moving forward as a world currency. The Economist published a call for one world currency in 1988. Maybe gold will be it. This is an amazing opportunity to make significant returns and safeguard your future. 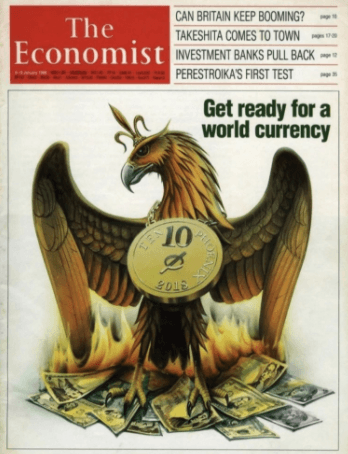 Gold is trading at $1,890.30. $1,893 is the level at which to go neutral, if you have swing positions. For the past couple of weeks, we have been looking for this cyclical bottom. We recommended that our subscribers buy this correction to add to your long-term positions in gold. $1,869 has been a strong pivot point or mean for trading the market recently. When gold reached that level, it activated a bullish trend momentum.

You can use the information from the VC PMI to trade futures, options, stocks, ETFs or any financial instrument. We hold non-margin futures positions, such as NUGT, DUST and UCO (an energy ETF). We do not hold futures overnight, given the risk of margin calls. We mostly trade ETFs and stocks, especially the triple X velocity ETFs for day trading.

We are looking at $1,899 now to see how the market responds to that level. We are watching to see if it accomplishes the target of $1,912.

When gold was at $2,089, everyone was saying to buy gold. There was talk of gold at crazy high prices. Yet, then gold pulled back, which we saw as a short-term selling opportunity, and then, when it hit new lows, to buy for the long term. Which is where we are currently.

Disclosure: I am/we are long NUGT. I wrote this article myself, and it expresses my own opinions. I am not receiving compensation for it (other than from Seeking Alpha). I have no business relationship with any company whose stock is mentioned in this article.