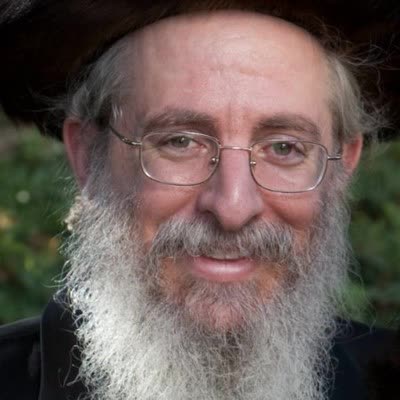 The Seeking Alpha editorial team is devastated to announce that our beloved COO and Editor-in-Chief, Eli Hoffmann, passed away early this morning after battling a long illness. Eli, who has been with Seeking Alpha almost since the inception of the company, has been so critical to its uniqueness and success and our community here that it seems impossible to even imagine the place without him. He is our DNA, our heart, our soul.

Over his many years at the company Eli has served passionately, thoughtfully and brilliantly as Managing Editor, Editor-in-Chief, VP Content, CEO and COO, charming and enlightening all those who have been lucky enough to have crossed his path in some fashion. Eli was an unabashedly curious person who endlessly gave of himself and also never stopped learning from others. He was astonishingly persuasive even as he was always genuinely open to having his mind changed – a rare trait – usually after a dig-deep conversation that left one feeling a little bit smarter, even a little bit changed for the better – as well as deeply heard and understood. Eli never did or thought about things halfway. You would never hear a half-baked idea out of his mouth, and he expected the same of anyone who approached him with their own ideas or concerns.

The extent to which he was loved became particularly clear during an emotional virtual memorial held earlier today among SA employees both current and past. A ceaseless march of anecdotes and stories were relayed on Eli’s nonjudgmental nature, the smile he always had on his face, how well he listened, the expanse of his knowledge and depth of wisdom about both markets and life, his sense of humor, his unassuming nature regardless of the role he held in the company and – again and again – how he’d constantly upturn any and all expectations folks might have for a man dressed in ultra-Orthodox garb. As was emphasized repeatedly, never judge a book by its cover.

No one at the service could recall ever hearing Eli utter a bad word about anyone in all the many years we’ve all worked with him, nor seen him show anger. He always ensured people felt validated in any concerns or frustration they were bringing to him, and he was unwaveringly generous with what he had to offer (which was invariably a great deal). And, importantly, Eli strove to maintain meaningful relationships with people for the sake of those relationships – never for any transactional end. He made scores of people feel special because of the genuinely strong bonds he forged with so many.

This all goes doubly for Eli’s wonderful, large, boisterous and joyful family, whom we hold particularly close in our prayers today. Our loss as friends and colleagues is shattering enough. Please keep Eli’s family in your thoughts today and in the days ahead.

Perhaps the greatest legacy we might all perpetuate in Eli’s memory is to be more like him. Find your passion and give it everything you’ve got. Never stop learning. But most important of all, be as generous as you can muster. Treat people with unfailing kindness and respect. And always find and nurture the good in people.

May his memory be a blessing.

What Can You Say About A Man? Eli Hoffmann, Friend & Leader