I have made it a habit of picking my favorite FAAMG stock - Facebook (FB), Amazon (AMZN), Apple (AAPL), Microsoft (NASDAQ:MSFT) and Alphabet (GOOG, GOOGL) - at the turn of each year. Last time that I did it, in January 2020, I identified Amazon as my top name in Big Tech, after having a successful run with Apple in 2019. The former has risen 69% so far this year to lead the FAAMG tech in market appreciation, while the latter climbed the most in the second half of 2019.

I could wait until next month or the following to place my bet for next year, but I do not think that any delay will be necessary. I am ready to plant a flag in the ground today: 2021 will be the year of Microsoft. 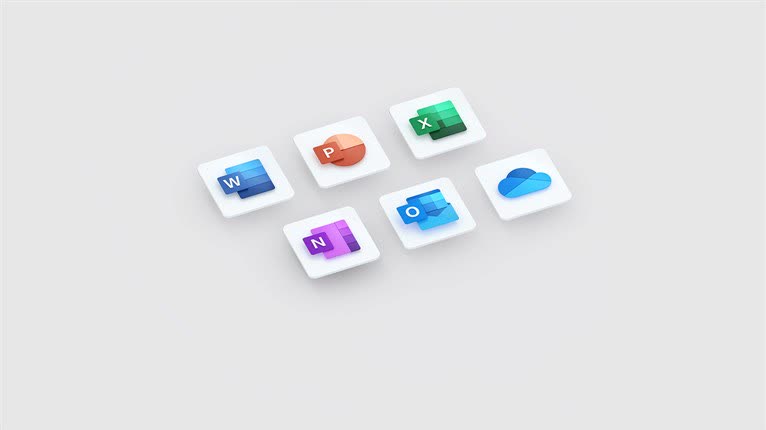 A quick look at the other FAAMGs

Before I talk about Microsoft, let me take a quick look around the Big Tech space and explain why other stocks did not make it to the top of my list.

Although I have not been a vocal Alphabet bull lately, I began to think that the stock looked appealing at the end of the third quarter. At that point (see chart below), shares had been up "only" 6-8% for the year, far underperforming the rest of the peer group and possibly suggesting a buy-on-dip opportunity.

While I saw, and still see, risks to the ad-based model, I remain optimistic about the cloud business and the outstanding performance of YouTube. But in any case, GOOG has rallied 21% in the fourth quarter alone, and a potential valuation catch-up play seems less likely to pan out now.

I continue to be highly bullish Amazon and Apple, but both stocks have had a jaw-dropping run in 2020 - up more than 60% each. Regarding the latter, some potential short-to-medium term headwinds could hold the stock back.

First, the iPhone 12 is still fresh off the assembly line, and expectations have been high ahead of a possibly 5G upgrade cycle. Second, 2021 will be a very tough year of comps for the Mac and iPad - two product categories that have generally been in a mature or declining life cycle, but that have benefited greatly from the stay-at-home economy in 2020.

Facebook is the only FAAMG stock about which I have true reservations. The Menlo Park-based company has the least diversified business model, as it is heavily dependent on advertising revenues. Worse yet, the company remains under government scrutiny for antitrust matters, and often faces PR crises for how it handles user data and about content curation that is sometimes perceived as inappropriate.

That leaves me with Microsoft. To be clear, this is not my 2021 pick due to a mere process of elimination. I have been a MSFT bull for a while as a result of the company's strong fundamentals, and added the stock to my All-Equities SRG portfolio right at its mid-2018 inception.

For starters, Microsoft's success over the past years does not appear to be simply driven by winds blowing in its favor. Since CEO Satya Nadella took over in 2014, the stock's six-fold increase in value has followed the company's consistency in delivering impressive financial results quarter after quarter, even when peers fail to do so.

I particularly like Microsoft's diversified product and service portfolio (see table above). The company's revenues are distributed almost evenly across three solid segments: business productivity, intelligent cloud and personal computing. Underperformance in one division is often offset by outperformance in another.

Better yet, each main business has been shifting in unison towards the cloud, making revenues recurring and more predictable. As a result, I believe that valuations that have been expanding consistently over the past several months - except at the slowest pace within the FAAMG group (see chart below, depicting forward P/E increase since the start of 2020) - are well-justified, if not slightly underappreciated.

My bullish case for MSFT in 2021, therefore, certainly includes the potential for valuation upside. Yes, a next-year P/E of 29x is far from being a bargain, even if the company's EPS has been growing strongly into its multiples. But within a FAAMG group that could remain under pressure due to investors rotating into cyclical stocks ahead of the coronavirus vaccine, I believe it is wise to give preference to a stock whose valuation has not rushed ahead of its peer group's.

To be fair, significant risks to owning Microsoft still exist. Any bear will likely point at the growth deceleration in cloud services, particularly Azure (see graph below). And in line with my devil's advocate case against Apple, Microsoft is also likely to suffer from tough comps in its more personal computing segment - probably offset, at least partially, by the new Xbox product cycle.

Still, I remain confident, to the extent that predictions can be trusted, that MSFT will be the big FAAMG winner in 2021.

Beating the market by a mile

Members of my Storm-Resistant Growth community will continue to get updates on MSFT (allocation updates, insights, etc.) and the performance of my market-beating "All-Equities SRG" portfolio on a regular basis.

To dig deeper into how I have built a risk-diversified strategy designed and back-tested to generate market-like returns with lower risk, join my Storm-Resistant Growth group. Take advantage of the 14-day free trial, read all the content written to date and get immediate access to the community.

Disclosure: I am/we are long AAPL, AMZN, MSFT. I wrote this article myself, and it expresses my own opinions. I am not receiving compensation for it (other than from Seeking Alpha). I have no business relationship with any company whose stock is mentioned in this article.