China is home to many of the fastest growing companies in the world. The Templeton Dragon Fund (NYSE:TDF) is a pure play China closed end fund trading at a slight discount to its NAV. Its differentiated investment strategy has delivered solid returns for long term returns for investors. Although China’s geopolitical risks are a concern, TDF looks like a potential long opportunity.

TDF’s concentrated portfolio, and high allocation to technology differentiate it from China focused index funds. TDF’s portfolio has just 40 holdings, and the top ten holdings account for 43% of the total portfolio. In contrast, the iShares MSCI China ETF (MCHI), has over 600 holdings. However, MCHI’s top ten holdings actually account for a higher percentage of total assets (52%). This phenomenon is caused by the ETFs market cap weighting. TDF and MCHI both hold large positions in Tencent(OTCPK:TCEHY) and Ali Baba(BABA), which dominate the available Chinese stock universe. However, TDF has more flexibility with position sizing, and can be selective in making smaller company investments. 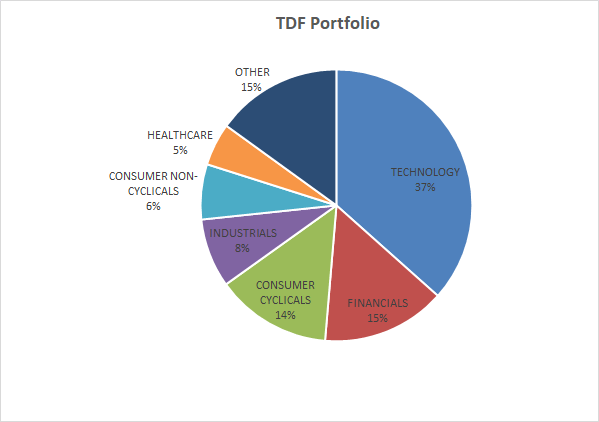 So far in 2020, TDF’s allocations to Tencent was a major contributor to its overall performance. Tencent, one of the largest internet companies in China, provides online gaming social network, and fintech services. Over the past year it has improved its monetization of WeChat, and delivered above consensus earnings. TDF also has a large allocation to JD.com, an e-commerce company that benefited from superior logistics and an increase in online shopping during the Covid-19 pandemic. Additionally, TDF’s investments in the biopharma sector benefited from improved investor sentiment as a result of the pandemic. On the other hand, exposure to semiconductor companies dragged down performance, due to supply chain and geopolitical concerns. Consequently, TDF’s management has been reducing exposure to the semiconductor sector.

Although it top portfolio holdings are similar to popular emerging market index funds, TDF’s management is clearly adding value through stock selection. TDF has outperformed comparable China indexes on both a market price and NAV basis over just about every time frame, both long term and short term.

TDF has also outperformed its peers in the Morningstar US CEF Asia Equity Universe over the past decade:

Although there is no guarantee that they will keep up this performance, it does seem to indicate that management has been earning their fees. The annual expense ratio of 1.34% is more than twice the expense ratio of MCHI. Yet ultimately its net returns that matter, and so far TDF has delivered.

The good thing about closed end funds, is you can often buy the underlying portfolio more cheaply because of NAV discounts. TDF currently trades at a ~9.0% discount. This is cheaper than buying TDF’s portfolio yourself, but its actually a narrower discount than average for TDF, which has a 52 week average of 13.6%, and the 5 year average of 12.7%. 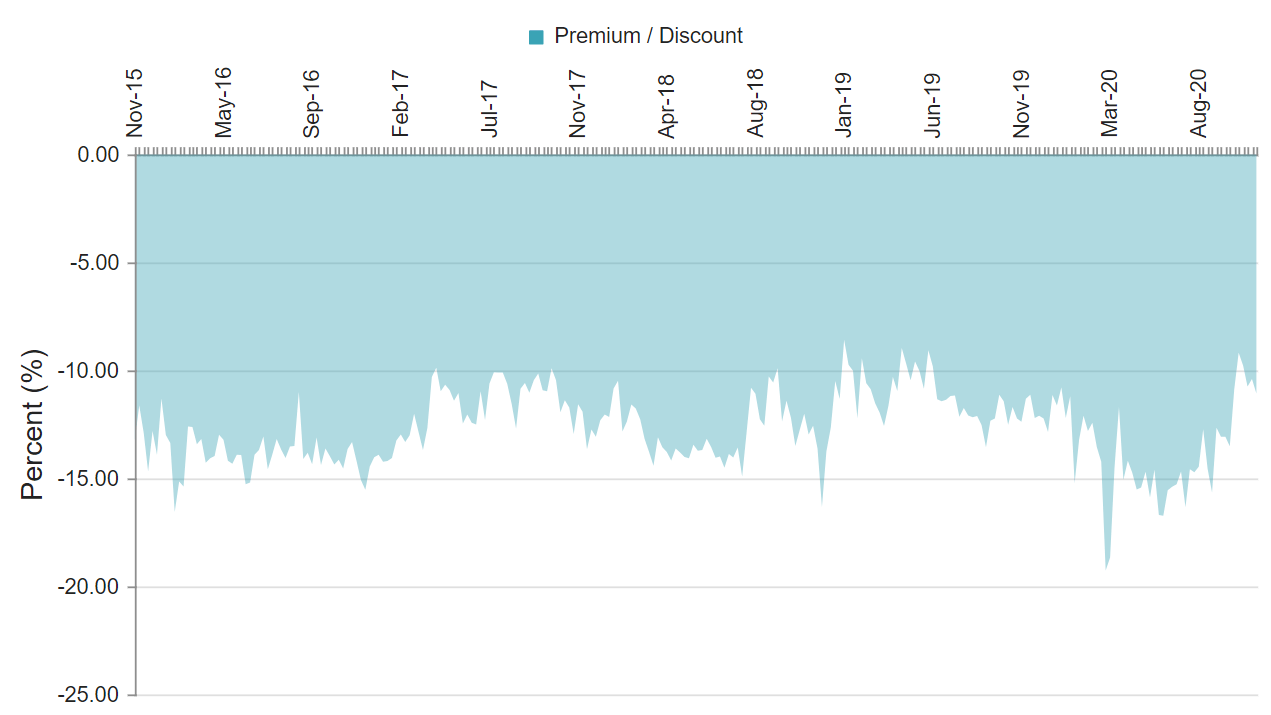 Management could easily close the discount through share repurchases if they were pressured to do so. However, given the fund’s track record it is unlikely to get pressured by activists. Notable closed end fund investor City of Investment London Investment Group owns an 30.6% stake, but it filed a 13/G indicating a passive, rather than activist position. The Bill and Melinda Gates Foundation also owns a 5.2% passive position.

The main risks for China stocks are geopolitical. The trade conflict between the US and China negatively impacts Chinese exports, causing ripple effects throughout its domestic economy. If Biden becomes president he might be more subtle in his dealings with China, but concerns about China’s rise are now mainstream in US foreign policy circles.

Internal politics can also have a major impact on Chinese stocks. We saw a prime example of this recently when Xi Jinping cancelled the IPO of Ant (a fintech company in which Ali Baba holds a 33% stake), in retaliation for Jack Ma’s criticism of Chinese regulators. Chinese crackdowns on Hong Kong Democracy protests, and the threat of instability in Taiwan make those two areas less attractive investment targets. In spite of the fast growth of China’s economy, these political risks make me hesitant to have a large position in Chinese stocks trading at high valuations.

TDF is a pure play China closed end fund that delivered solid returns over the past decade. Since it focuses on technology companies, its portfolio is more expensive than the typical emerging market fund. TDF does trade at a discount, but it's less than its historical average. The current valuation doesn’t seem cheap enough to justify the political risk inherent in China stocks. If the discount widens and/or valuations in China get cheaper, TDF will be on my buy list.