When it comes to durable REITs, the apartment sector often comes to mind for many investors. That's because housing fulfills one of basic needs of food, water, and shelter. In this article, I'm focused on Investors Real Estate Trust (IRET), which is a relatively underfollowed stock in the multifamily sector. IRET's shares recovered fairly quickly after dropping in the March/April time frame. However, the share price has essentially plateaued since early June. I evaluate whether if IRET is a buy at the current valuation, so let's get started. 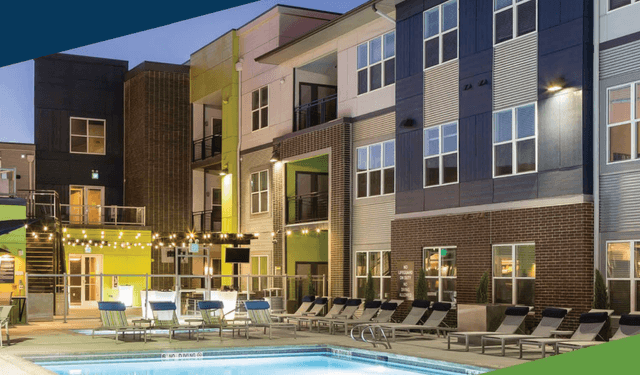 A Look Into IRET

Investors Real Estate Trust is an owner and acquirer of apartment communities in the north-central region of the U.S. It was founded in 1970 and became publicly traded in 1997. Over the past decade, IRET has transitioned from a diversified focus that included senior healthcare-related properties to becoming a pure-play on apartments.

Today, it owns or has an interest in 67 apartment communities, consisting of nearly 12K apartment homes. IRET was added to the S&P Small Cap 600 Index in 2020, and last year, it generated $186M in total revenue. As seen below, nearly half of its ABR (average base rent) comes from Minnesota with a focus on the larger cities in the north-central region.

I'm encouraged, however, by the strong rent collection, which at 98.8% represents just an 80 basis points decrease from the prior-year quarter. Plus, occupancy has remained strong, with a 100 bps increase on a YoY basis to 95.3%.

Looking forward to Q4 results, I see potential for a sequential improvement in the Core FFO/share. This is supported by the 14.1% YoY increase in leasing traffic that IRET saw for the month of October, as well as an average renewal increase of 1.9%. IRET also enjoys a lower average unemployment rate in its key markets, which at 5.3% is about 200-300 basis points lower than that of its peer group.

In addition, management continues to make progress in transitioning its property portfolio towards higher-quality and more profitable communities. As seen below, acquired properties over the trailing 12 months have a weighted average gross margin of 77% compared to sold properties, with a gross margin of 69.5%. Since 2017, IRET has greatly improved its portfolio quality by raising its property gross margin to 73% as of September 2020, which is higher than 67.9% as of April 2017. 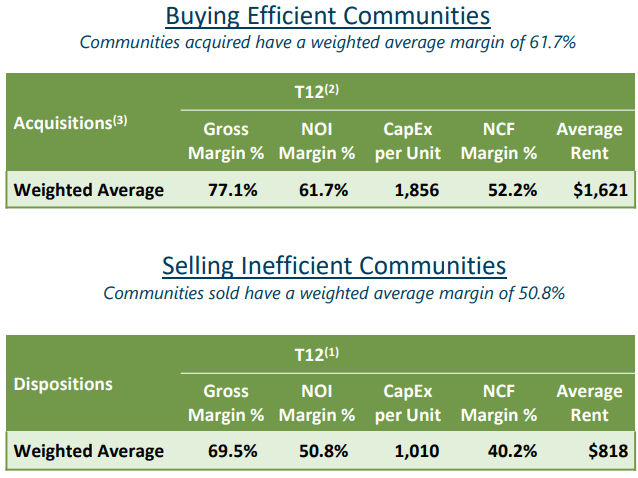 I expect expense headwinds to continue for IRET in the near term, especially given the recent surge in new COVID cases in the U.S. over the past two months. The expense challenges come in the form of elevated insurance costs and the need to continuously acquire PPE materials for its communities, as noted by management during the last conference call:

"[Potential headwinds include] increased costs associated with PPE materials and other measures adopted to keep our communities safe, increased insurance costs as a result of continued catastrophic losses suffered by the insurance industry and the potential for higher real estate taxes has taken state and local governments seek to close budget shortfalls caused by the COVID related shutdowns."

Another risk to consider is IRET's balance sheet, which comes with a net-debt-to-EBITDA of 8.34x, based on net debt of $717.7M, and trailing 12 months' EBITDA of $86M. This is much higher than the 6.0x level that I generally prefer to see for REITs and is also much higher than that of peers Mid-America Apartment Communities (MAA) and Camden Property Trust (CPT), whose net debt-to-EBITDA ratios are 4.7x and 4.4x, respectively. I chose these two peers because their property portfolios are also focused on secondary markets.

Investors Real Estate Trust has seen some headwinds in the current operating environment, which I expect to continue in the near term. However, I'm optimistic in the long run, as I see these effects as being temporary, especially considering the positive news around the vaccine. Management has also done a decent job of transitioning the portfolio towards higher-margin properties in the recent years.

One of my concerns is the leveraged balance sheet, as discussed earlier. In addition, I see the valuation as being somewhat stretched at the current price of $70.42 with a forward P/FFO of 19.7. This is about the same as that of its peers Mid-America Apartment Communities and Camden Property Trust, which are trading at forward P/FFO of 19.7 and 19.5 respectively, and both have far stronger balance sheets. As such, I view IRET as being fully valued at this time and would not recommend layering in new investment at the current price.

Thanks for reading! If you enjoyed this piece, then please click "Follow" next to my name at the top to receive my future articles. All the best.