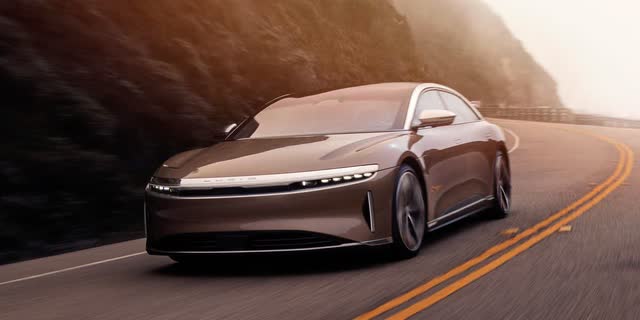 $2 billion and change ($70 million is change at this scale) Churchill IV (CCIVU) is my biggest and best SPAC position and my second biggest overall position. Here’s why.

The Bigger the better

First of all, SPAC Size Matters. I like big SPACs and I cannot lie. They get better deal flow and there is less competition from other SPACs of their size. Churchill IV is the second largest live SPAC, one of only five members of the billion-dollar SPAC club and the second overall behind only Pershing (PSTH). When you buy a unit, you get a share of equity, free upside in the form of a fifth of a warrant that you can exercise later for $11.50 and free downside protection in the form of $10 of trust value. There is a great likelihood that they find a deal within their two-year time window that ends on August 3, 2022 and a good shot that they find one in much less time than that. They didn’t specify a sector which is my preference; it is best to be able to be opportunistic.

Who are those guys?

The sponsor team is led by Michael Klein, the axe in SPACs. 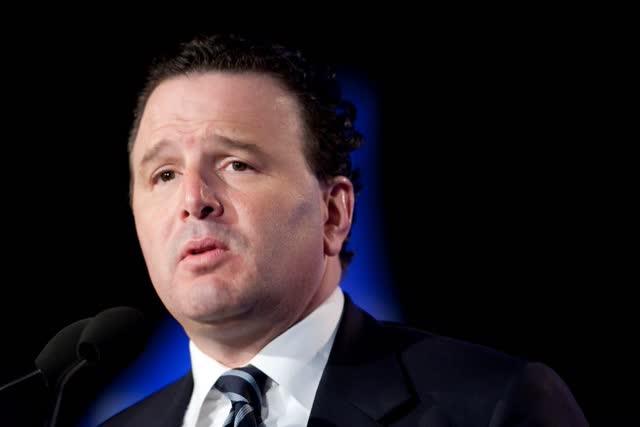 He has held various senior positions at Credit Suisse (CS) and Citi (C) but mostly he just consumes SPAC promotes like hot dogs at an eating contest.

What have you done for me lately? 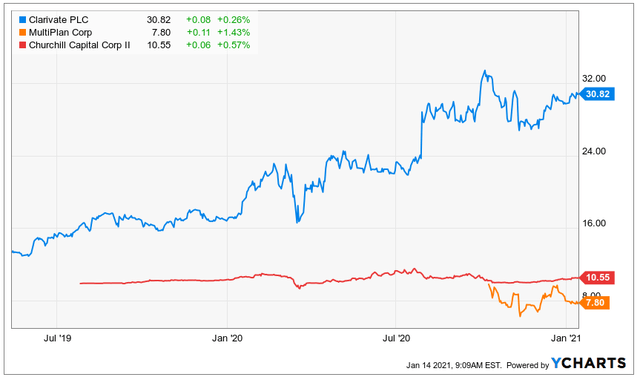 So far, the score is one win, one tie, and one loss.

If they fail to find a deal, it will cost the sponsors $43 million. Outside passive minority investors will recover their $10 capital from the trust value, but warrants will be worthless. I first disclosed this position in early September, writing that,

Today, there are four SPACs seeking business combinations with over a billion dollars in their trust accounts – PSTH, CCIVU, BFTU, and WPFU – and all four are worth owning. Based on information and belief, all four are on track to announce business combinations well before their liquidation dates. My confidence in their consummating deals leads me to focus on their warrants. One can buy WPF+ warrants in the open market today; for the other three, one can buy units and then split them when that option becomes available in the weeks ahead.

These overdogs will be able to buy companies that are already big enough to absorb significant public company costs related to reporting and regulatory compliance. Their underwriters are meaningfully incented to aid them in lining up high-quality deals. Their fame opens doors. When they launched, there was wall-to-wall coverage on Bloomberg (itself a potential SPAC target) and CNBC. All that is free/earned media that doesn’t cost sponsors a penny but catches the attention of potential targets. In the SPAC world, the bigger you are, the harder targets fall for you…

… I get no points for creativity for investing in PSTH units, CCIVU, BFTU, and WPFU, but they are all safe and potentially extremely profitable.

I reiterated my disclosure in SPAC Focus, adding that,

So far it has returned 76% since that disclosure. The gains are 382x the capital at risk as of the disclosure (and more than that as of the original capital at risk when the investment was first made). The asymmetric skew of risking (2) pennies to make (7) dollars by taking T-bill risks to get double-digit rewards is why I call SPACs the best thing out there over the past year.

They could buy Lucid, a potential Tesla (TSLA) killer, or at least serious competitor. Several days ago, I noted on StW chat that,

Lucid seems to think that they will be public soon:

In a market environment where market watchers often report rumors as facts, this not yet definitive deal is often described as a rumor. That is a misnomer. They might not reach a definitive deal and they might not close it. But they are in talks, they are working on a large PIPE that would guarantee adequate funding to close, and they market checked it via the press this week. The market check checked out.

I’ve liked this one since it was first announced and still like it today. Your first $10 is protected so you can size it net of that $10 (at $20 you could own 2x a normal position size). I have a $20 price alert that I expect to get triggered shortly. I bought units and split them into their component equity and warrants. With white-hot implied volatility, one might consider resizing any now oversized exposures by writing calls.

So far, here is what I’ve written:

Softbank’s SPAC generated the most interest so far. Thanks for reading; last call this month.

Buy CCIVU and hold it at least until they announce a deal.

Please contact me with any questions or interest in Sifting the World.

Disclosure: I am/we are long BFTU, CCIVU, CCXU, MPLN, PSTH, WPFU. I wrote this article myself, and it expresses my own opinions. I am not receiving compensation for it (other than from Seeking Alpha). I have no business relationship with any company whose stock is mentioned in this article.

Additional disclosure: First, if you’d like to put together a portfolio of these opportunities yourself, be careful: they have terrific risk/rewards, but you have to execute the strategy perfectly. One errant failure to keep track of a redemption deadline could easily wipe out the upside of the rest of a portfolio.

Second, our firm manages a discretionary strategy focused on SPACs, and while we disclose positions that are discussed in this article, we may buy or sell positions at any time on behalf of our investors. If you have questions or would like to understand more about the strategy, please contact my colleague Rob Sterner at rsterner@rangeleycapital.com.