The breathtaking surge in GameStop (GME) - along with a swelling number of heavily-shorted stocks - has sent shockwaves through financial markets amid an ongoing battle between institutional and self-directed investors. Initially set into motion by a sharp vaccine-driven rally from many "COVID-sensitive" companies, a surge in self-directed investor participation has magnified the "short squeeze" phenomenon to extreme levels. 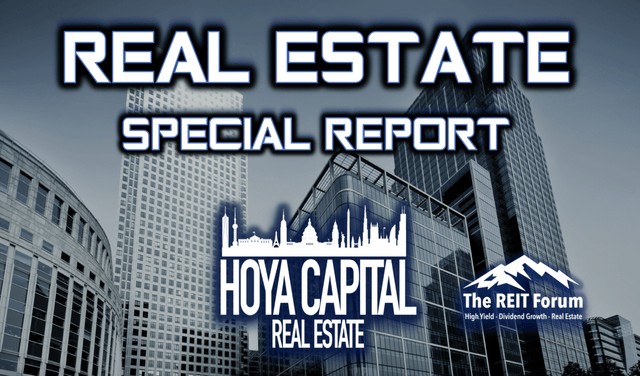 The short squeeze saga reached a fever pitch this week after major brokerage firms including Robinhood and Interactive Brokers restricted the purchase of a basket of the heavily-shorted surging stocks including GameStop, AMC Entertainment (AMC), BlackBerry (BB), Bed Bath & Beyond (BBBY), and Koss (KOSS), among others, igniting a social media shockwave and sparking a series of lawsuits and calls for government investigations.

Mall REITs, along with a handful of other heavily-shorted REIT property sectors, have also been swept up in the short squeeze frenzy. As discussed in our REIT Earnings Preview: Who Paid The Rent, since the initial positive vaccine news in early November, seven of the 19 property sectors are higher by at least 20% while four have surged by more than 50%, led by the four worst-performing property sectors of 2020 - malls, hotels, billboards, and shopping centers - many of which were slammed by a historic wave of dividend cuts and missed rents that swept across the "non-essential" REIT sectors in 2020. 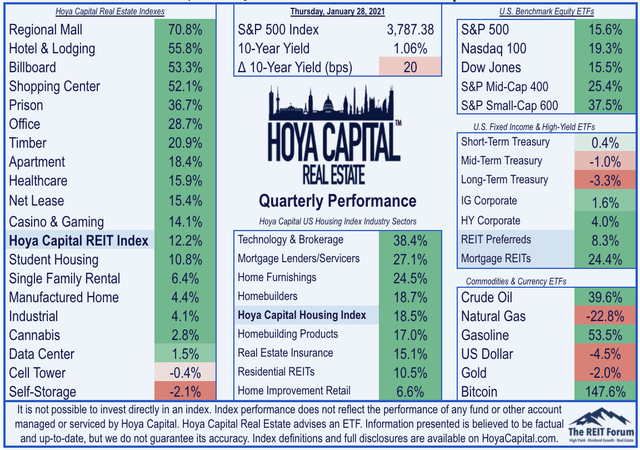 Per data from ShortSqueeze.com and YahooFinance, the fifteen most heavily-shorted equity REITs have jumped 44% so far this year compared to the roughly 1% gain on the broad-based equity REIT ETFs like the Vanguard Real Estate ETF (VNQ) and the iShares US Real Estate ETF (IYR). Incredibly, among this basket of 15 REITs, their performance in 2020 was almost perfectly inverse of their gains so far this year as this "REIT Squeeze Index" plunged by an average of 44% last year. These 15 highly-shorted REITs have an average Debt Ratio that is double the REIT sector average. 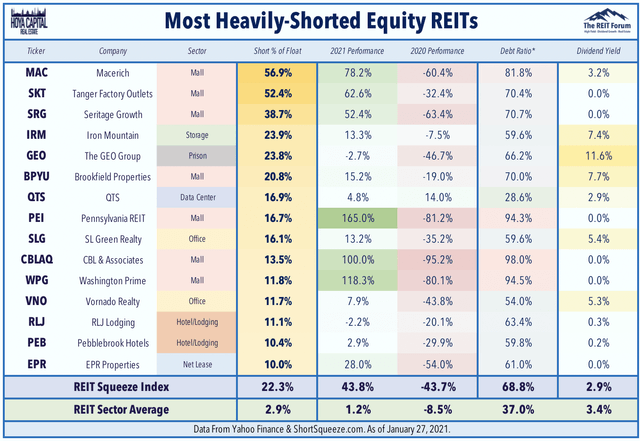 Three REITs have more-than-doubled through the first four weeks of 2021 including bankrupt mall REIT CBL & Associates (OTCPK:CBLAQ), Pennsylvania REIT (PEI), which recently emerged from Chapter 11 bankruptcy, and Washington Prime (WPG), which was recently forced to complete a 1-for-9 reverse stock split to remain compliant with NYSE continued listing standards. Three other troubled retail REITs have surged more than 50% this year including Tanger Factory Outlet Centers (SKT), Macerich (MAC), and Seritage Growth (SRG), which remain the three most heavily-shorted REITs.

Hedge funds have historically been reluctant to short REITs due to high dividend yields. Ironically, the wave of dividend cuts last year opened the door to increased short interest. In total, 67 equity REITs paid lower dividends in 2020 including all of the lodging REITs and the majority of retail REITs. On the other side, 52 equity REITs paid higher total dividends in 2020 than last year, led by residential REITs with 10 increases and net lease REITs with nine. 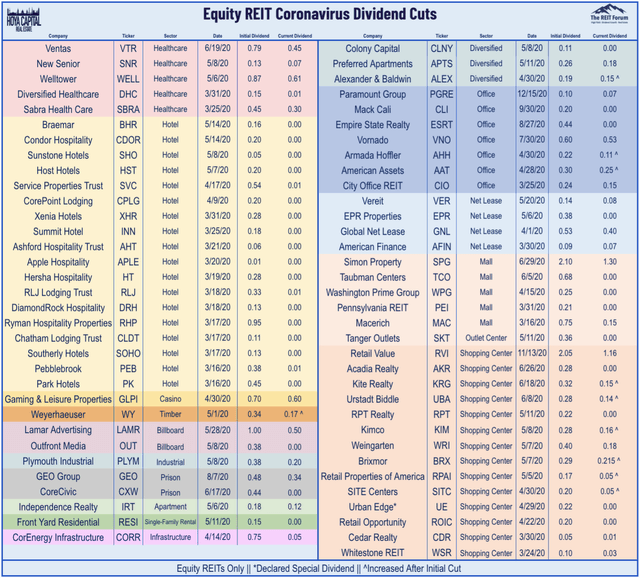 At the property sector level, prison and mall REITs are the most heavily-shorted REIT sectors, followed by cannabis, hotel, office, and shopping center REITs. While mall REITs have been riding the short squeeze wave over the past several weeks, Prison REITs GEO Group (GEO) and CoreCivic (CXW) have been a new target of the short-squeeze traders this week despite reports this week that President Biden plans to take executive action to scale back the federal government's use of private prisons. 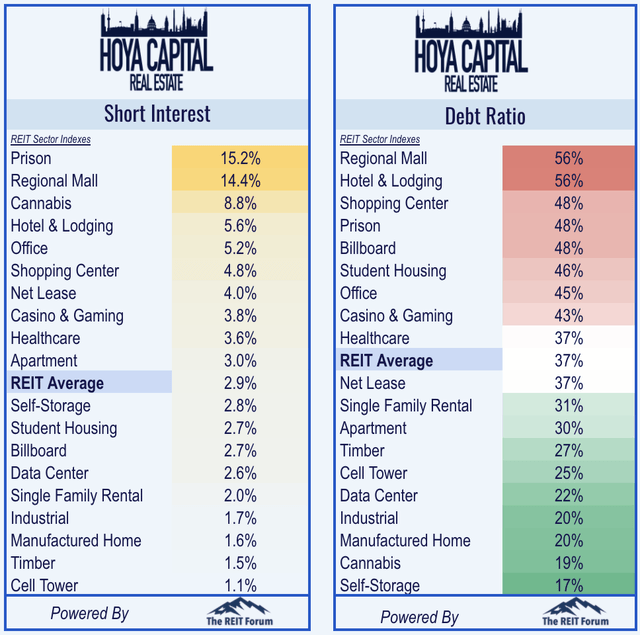 Reversing the "Cheap REITs Stay Cheap" effect that defined 2020, it has been the most highly-levered and most fundamentally troubled REITs that have powered this incredible short-squeeze rally. Is this a temporary blip or can these surging REITs sustain these higher valuations? Our recent study showed that the higher-leveraged and "inexpensive" REITs produced significantly inferior total returns over essentially all longer-term measurement periods while lower-levered and faster-growing REITs outperformed over this time. 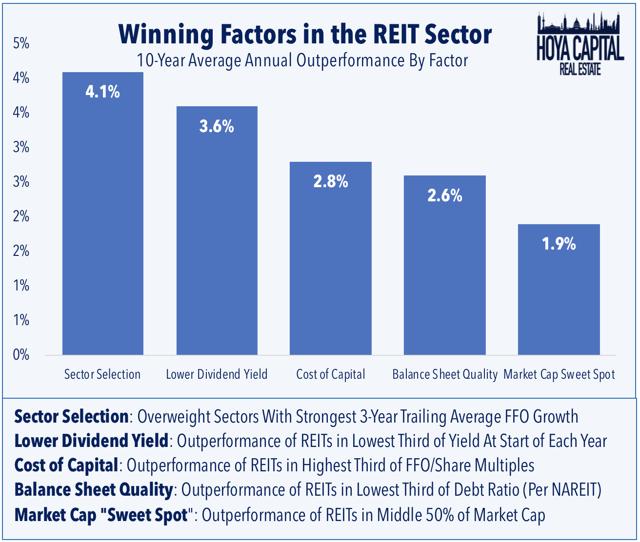 Key Question: How Long Will It Last?

Mall REITs, along with a handful of other heavily-shorted REITs, have been swept up in the short squeeze frenzy, which has sent shockwaves through financial markets amid an ongoing battle between institutional and self-directed investors. Initially set into motion by a sharp vaccine-driven rally from many "COVID-sensitive" companies, a surge in self-directed investor participation has magnified the phenomenon to extreme levels. 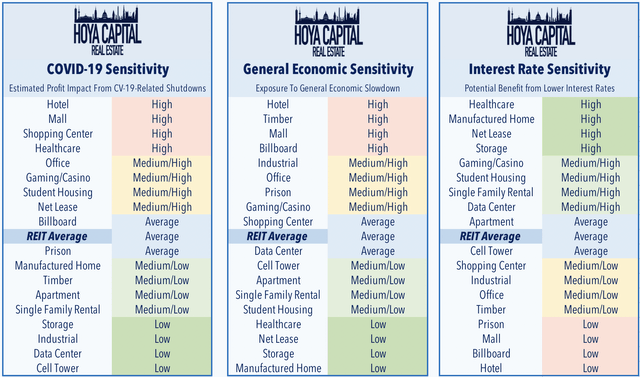 The vaccine-driven short-squeeze phenomenon has given many of the troubled - and several recently bankrupt - REITs reason for hope, but the distressed sectors are far from "out of the woods" and will likely struggle to meet the elevated expectations during this earnings season. Mall REITs, for example, are almost certain to report another epically-bad quarter with same-store NOI and FFO metrics lower by upwards of 25-50% from last year while private prison REITs face a potentially even more uncertain future. 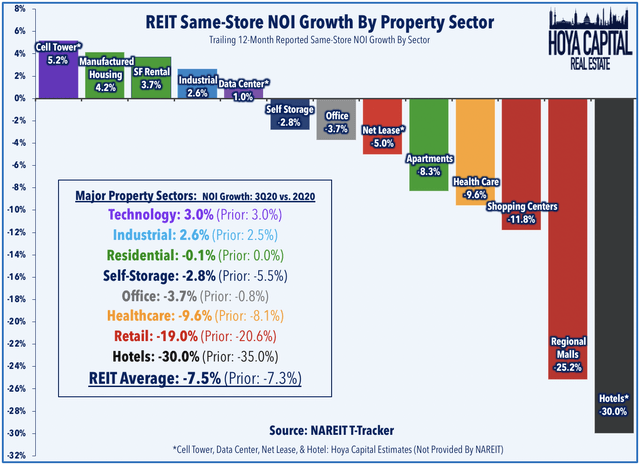 If you enjoyed this report, be sure to "Follow" our page to stay up to date on the latest developments in the housing and commercial real estate sectors. For an in-depth analysis of all real estate sectors, be sure to check out all of our quarterly reports: Apartments, Homebuilders, Manufactured Housing, Student Housing, Single-Family Rentals, Cell Towers, Casinos, Industrial, Data Center, Malls, Healthcare, Net Lease, Shopping Centers, Hotels, Billboards, Office, Storage, Timber, Prisons, Cannabis, Real Estate Crowdfunding, High-Yield ETFs & CEFs, REIT Preferreds.

Disclosure: Hoya Capital Real Estate advises an Exchange-Traded Fund listed on the NYSE. In addition to any long positions listed below, Hoya Capital is long all components in the Hoya Capital Housing 100 Index. Index definitions and a complete list of holdings are available on our website. 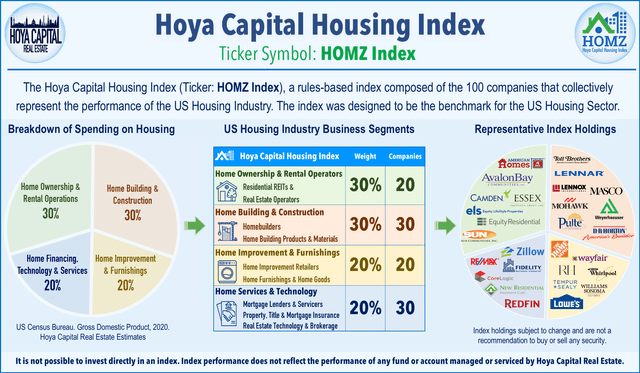 Subscribe to The REIT Forum For the Full Analysis

Hoya Capital is excited to announce that we’ve teamed up with The REIT Forum to bring the premier research service on Seeking Alpha to the next level. Exclusive articles contain 2-3x more research content including access to The REIT Forum's exclusive ratings and live trackers and valuation tools. Sign up for the 2-week free trial today! The REIT Forum offers unmatched coverage and top-quality model portfolios for Equity and Mortgage REITs, Real Estate ETFs and CEFs, High-Yield BDCs, and REIT Preferred Stocks & Bonds. 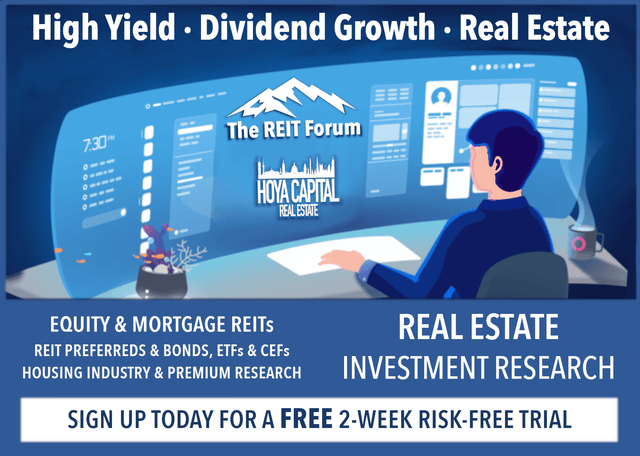 It is not possible to invest directly in an index. Index performance cited in this commentary does not reflect the performance of any fund or other account managed or serviced by Hoya Capital Real Estate. Nothing on this site nor any published commentary by Hoya Capital is intended to be investment, tax, or legal advice or an offer to buy or sell securities. Information presented is believed to be factual and up-to-date, but we do not guarantee its accuracy and should not be considered a complete discussion of all factors and risks. Data quoted represents past performance, which is no guarantee of future results. Investing involves risk. Loss of principal is possible. Investments in companies involved in the real estate and housing industries involve unique risks, as do investments in ETFs, mutual funds, and other securities. Please consult with your investment, tax, or legal adviser regarding your individual circumstances before investing. Hoya Capital, its affiliate, and/or its clients and/or its employees may hold positions in securities or funds discussed on this website and our published commentary. A complete list of holdings is available and updated at www.HoyaCapital.com.