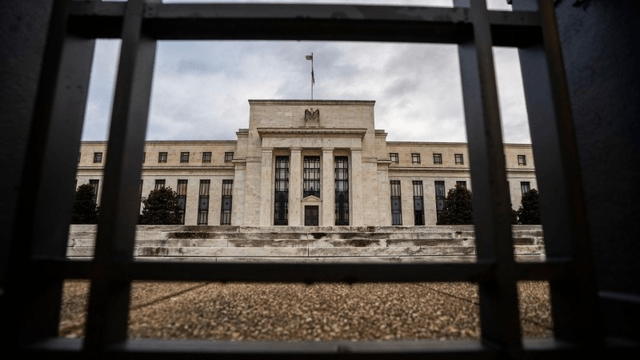 Around a year ago, when Covid-19 was really hammering the US system and economy, the Federal Reserve decided to allow banks to buy Treasuries and hold deposits without regulatory restriction.

At that time, the Treasury market needed support, as deteriorating liquidity and elevated bid/offer spread became an issue. The market was stressed and the system had been under some pressure.

The ease of restriction on US banks lasts until the end of the month - 31st March. In all probability, the Fed will extend it by at least six months. To understand why, and what the nuances are, we dig a little deeper. But this deep dive also helps to understand why the Fed might decide against extending, which would have far more consequences.

Why was allowing banks to buy more Treasuries and hold more reserves even important?

As a starting point, banks take deposits. At its simplest level, those deposits are used to either provide loans to consumers and businesses, or they can be invested in ultra-safe securities, like Treasuries. Both of these avenues generate a return for the bank - a traditional savings and loan model. And some of those excess deposits end up as reserves held at the central bank.

But this cannot be done without limit, and there are various regulatory requirements that banks need to abide by to ensure their activities are underpinned by a suitable amount of capital. However, the one at issue here is the supplementary leverage ratio - it requires a minimum capital of 3% relative to total leverage exposure, and that leverage exposure includes holdings of Treasuries and reserves at the Fed.

Consequently, the extent to which banks can build their balance sheet is limited by underlying capital. The Fed overlay to this was to take holdings of Treasuries and reserves at the Fed out of the denominator. Consequently, banks could up their holdings of Treasuries, and by extension, there was no implied limit on the ability to take in deposits from consumers and businesses.

An important side objective, of course, was not just to allow banks to buy more Treasuries, and get more involved in that market, but also to facilitate the extension of credit to the economy. The source of funds for that could be through the funding markets, but a better source is through vanilla deposits (just like banks are supposed to do).

Should the Fed unwind policy? Some argue yes. We, narrowly, feel they'll keep it in place

Some argue that US banks are getting special treatment here, as the supplemental leverage ratio is applied to banks globally with more than $250 billion in consolidated assets. Moreover, they argue that the Treasury market and the financial system is no longer in jeopardy and that credit conditions are super easy.

So, the argument goes, the Fed should revert to the pre-Covid state. But there are two issues with this.

First, it could be viewed as a first sign that the Fed is reversing course on the exceptionally easy policy that it has in place. The Federal Reserve vehemently objected to the US Treasury taking back the numerous facilities supported by Treasury capital injection at the end of 2020, even though many of these facilities had not been used much through the latter months. Surely they could not then pull one of their own, at least not just yet.

Second, the US Treasury market is in the midst of a bear market right now, and ideally, one that the Fed would prefer not to get out of control. Choosing to require banks to include Treasures in their leverage ratios would not necessarily require banks to sell Treasuries. Still, the pressure would certainly be in that direction for any given level of capital.

If the Fed were to tighten, it risks adding to the bear market for bonds

So, how much are we talking about?

US banks as a whole hold about $4 trillion of US Treasuries, most of which would be relatively short in maturity. As the economy expands over time, so too do commercial bank holdings of Treasuries. In recent years, US banks' natural increase in Treasuries' holdings has been between $100 billion and $250 billion per annum. In 2020, that increase was an outsized $735 billion, and it has gone up by another $100 billion in January 2021 alone.

That is not a small number, representing some 15% of all commercial bank holding of Treasuries. Or it equates to a little over 2% of outstanding US Treasuries held by all players. But remember, it is relatively short in duration, as the concentration of banks holdings tends to be biased towards shorter-dated. And so, risk-adjusted, the potential effect is less dramatic than the absolute flow number suggests.

It is also possible that the central bank chooses to remove the green card for Treasuries, while simultaneously allowing banks to continue to exclude reserves at the Fed from the leverage ratio calculation. That would soften a potentially negative blow, but would still leave the bond market exposed to the selling of US Treasuries.

How big a deal is all of this?

If the Fed extends the leverage ratio leeway for US banks, there is no drama and we get on with our lives. If the Fed ends the leeway, then expect net selling of Treasuries from US banks. As they are short in duration, the impact will be muted, but it could well be enough to do some crowding out and push the 10-year back up to 1.6%, and likely break above.

Difficult to disentangle this from the ongoing reflation bear market, but it would push in the same direction, augmenting its effect. The Fed could decide to go halfway and keep the leeway in place for reserves. This would, to an extent, ease some talk of banks refusing to take deposits (likely overstated), but would not really abate the risk for Treasuries.

A decision, either way, is due.

This publication has been prepared by ING solely for information purposes irrespective of a particular user's means, financial situation or investment objectives. The information does not constitute investment recommendation, and nor is it investment, legal or tax advice or an offer or solicitation to purchase or sell any financial instrument. Read more