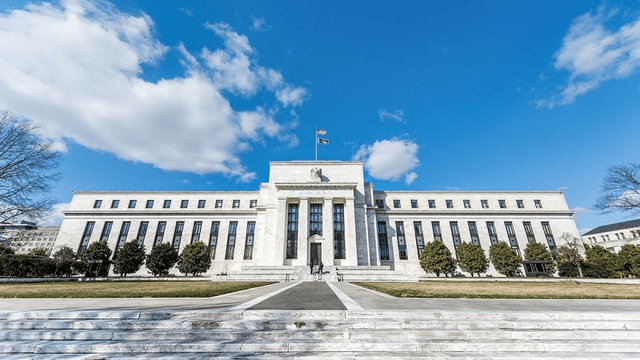 Chair Jerome Powell's comments in recent weeks have confirmed the Federal Reserve is very much in a holding pattern despite the improved vaccine news, the confirmation of another substantial fiscal stimulus and the growing reality of a 2Q reopening. As such, there will be no change to interest rates or the plans to continue purchasing $80 billion of Treasuries and $40 billion of mortgage-backed securities each month. The action will surround updated economic and interest rate forecast changes and Jerome Powell’s spin on matters at the accompanying press conference.

While we are likely to see the Fed's GDP forecasts revised higher and unemployment revised a little lower to reflect recent stronger data flow, little else is likely to change in terms of the statement or forecasts. Officials remain relaxed on inflation and continue to point to significant slack in the economy. Indeed, the key comment from Powell’s appearance at the March 4 Wall Street Journal Jobs Summit was, “today we’re still a long way from our goals of maximum employment and inflation averaging 2% over time”. This will undoubtedly be repeated within the press conference and used as an anchor point to answer all questions. 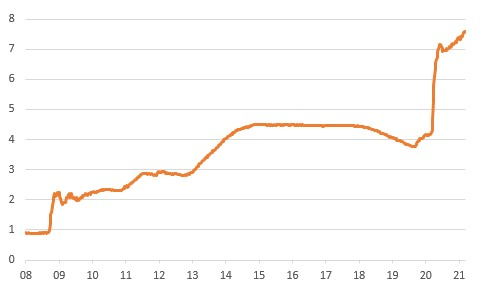 It also means that we are only likely to see very modest revisions to the Fed’s “central” inflation profile and the Fed dot plot. At the December Fed forecast update, just one of 17 Fed officials expected an interest rate rise in 2022, with five expecting a rate hike by the end of 2023. Consequently, the median expectation is for the first rate rise to be in 2024.

We strongly suspect at least a couple more officials to get behind the idea of a 2023 rate hike, but remain doubtful that four will make the switch to 2023 from 2024. Such a move would bring the median forecast into 2023 for the first rate hike, which doesn’t seem to fit with the narrative Jerome Powell is telling right now.

Financial conditions are a key concern

Such a move could also give the market ammunition to push bond yields higher - note, we hit a one-year high of 1.64% on the 10Y treasury on Friday. We don’t think the Fed wants to see that happen, since it would lead to a tightening of monetary conditions when we aren’t yet guaranteed to be in the clear regarding Covid-19 despite positive news. In this regard, Powell’s comments on the rapid rise in Treasury yields on March 4 - it “was something that was notable and caught my attention” - was telling.

He added “I would be concerned by disorderly conditions in markets or a persistent tightening in financial conditions that threatens the achievement of our goals... If conditions do change materially, the [FOMC] committee is prepared to use the tools that it has to foster achievement of its goals.” Given this statement, we have to imagine the Fed will be looking to bat away comments on tapering the $120 billion per month of asset purchases and the bringing forward of rate hike expectations.

Nonetheless, bond investors will be wary of perceptions that the Fed could potentially allow the economy to run too hot for too long. After all, $1400 stimulus payments (part of the recently approved $1.9 trillion stimulus package) have already started to hit some Americans’ bank accounts, with the bulk being distributed this week and next. Household balance sheets are already in great shape, and with a reopened economy likely to generate significant employment gains in coming months, we are looking for the economy to grow 6.5% this year.

At the same time, inflation is set to accelerate to well above 3%, and once the economy reopens, we expect President Biden to swiftly switch to the centre piece of his election manifesto - the Build Back Better programme of $3 trillion+ of infrastructure and green energy investment.

Joe Biden is well aware of the potential pitfalls of the 2022 mid-term elections. Turnout is typically low at mid-terms - 35-40% versus the 66.3% seen at the 2020 election - and usually result in a president suffering a bloody nose at the hands of the electorate. In the 21 mid-terms since 1934, only on two occasions has the president’s party gained seats in both the House and the Senate - FD Roosevelt & George W. Bush in 2002. Modern mid-term elections have resulted in an average loss of 26 seats in the House of Representatives and four seats in the Senate by the political party whose president occupies the White House. If repeated, this would give the Republicans control of Congress and Biden would become a lame-duck president, so history suggests he needs to act swiftly.

June FOMC meeting is when the real action starts

While economic risks do remain, they are fading with increasing confidence that the economy can reopen fully by the summer. Given the Fed’s current caution, this is more likely to result in a meaningful change in the Fed’s stance at the June FOMC meeting, when the bank next releases forecasts. At that point, we believe they will indicate a slow and steady tapering of asset purchases before the end of the year, possibly involving a twist to focus more of the remaining purchases towards the longer end of the curve. We also expect the majority of FOMC member to predict a 2023 rate hike, with possibly a quarter opting for 2022.

This would certainly add to upside pressure on Treasury yields, but the economy will be in a much stronger position to weather it.

With the broad brush of Fed policy in a holding pattern, the Fed might just get a bit more technical than usual. Two key items here.

First, they may well have something to say on the emergency adjustment made to the supplementary leverage ratio when Covid broke about a year ago. Back then, the Fed decided to allow US banks to exclude holdings of Treasuries and deposits at the Fed from it, but for a temporary period that is due to end on March 31, 2021. See more on that here. We think they will extend it, and if so, there is nothing to see here. But, if the Fed were to choose not to extend, then there could be repercussions. One could be selling of US bank holdings of Treasuries; we calculate that they currently hold an excess of some $600 billion. Another could be that banks choose to take fewer deposits. We think this is less likely, despite the talk, but the Fed could choose to avert this discussion by just extending for deposits, and not for Treasuries. To be seen.

Second, the Fed will be aware that the Secured Overnight Financing Rate (SOFR) has been peppering the 1bp to 2bp area in recent weeks. The SOFR rate is not a Fed policy rate, but still, if it were to hit zero, or worse, dip negative, it would be a tad inconvenient. It could suggest that the Fed has lost some control over the front end, as a key rate hits zero while the economy kicks through the gears. See more on that here. But also, SOFR is an important rate to say the least, as it is the favoured rate for use on transition from Libor. In fact, there is official sector pressure in place on players to make that switch sooner rather than later. If SOFR were to go negative, even if briefly, it could cause some to pause for thought. What to do? Provision of more collateral through issuance is one solution. Another is to hike the rate on excess reserves (IOER), just to act as a pull upward on other liquidity buckets.

And by the way, these issues are linked. By keeping US banks heavily invested in the excess reserves bucket, by extension the effect of an IOER hike, even if just by 5bp (but we think it could be as high as 10bp), would be magnified. That is an advantage to extending the exclusion of deposits at the Fed from the supplementary leverage ratio. The link with Treasuries is also there. The Fed will be happy with the rise in US market rates to date, as it implies a growing market discount that a reflation outcome is dominating the prior deflationary one. But the Fed will also not want to add fuel to this from a technical sense by making an adjustment that provides the bond market with an excuse to potentially overshoot versus fundamentals.

The FX market will react to this FOMC meeting through the prism of US Treasuries. Bonds sold off after Powell’s WSJ Q&A, pressuring risk assets and lifting the dollar. If the Fed Chair can present a dovish narrative in such a way that US Treasuries avoid a disorderly sell-off, then those currencies exposed to the global business cycle - including the EUR - can probably enjoy some modest gains later in the week.

That the Fed will one day hike interest rates need not necessarily undermine risk-sensitive currencies and lift the dollar. That sell-off would probably only occur if genuine concerns arose that the Fed were behind the curve and US real interest rates rose quickly. That seems unlikely. And as further evidence emerges later this year of economies leaving lockdown, expect commodity currencies and those exposed to equity flows (e.g., north Asia) to extend their rallies against the dollar.

This publication has been prepared by ING solely for information purposes irrespective of a particular user's means, financial situation or investment objectives. The information does not constitute investment recommendation, and nor is it investment, legal or tax advice or an offer or solicitation to purchase or sell any financial instrument. Read more