I previously stated that Intel (NASDAQ:INTC) has no answer to Advanced Micro Devices (AMD), a statement that ruffled some feathers.

I’ve more-or-less officially been an Intel bear for a few months now, and I admit my shorts on this stock have not worked out well thus far:

I don’t care about being right so much as I care about making money, which is why I usually use lopsided volatility options strategies instead of outright long/short positions. But I do care about being objective. As of late, many have asked me whether I am changing my stance on Intel due to its $20B manufacturing facility (FAB) production project.

As much as I would love to reverse directions and proclaim myself a born-again Intel bull, I must objectively call Intel’s announcement as another bearish catalyst. In light of this news, I am happy to double down on my short call. Today, I will explain my viewpoint. 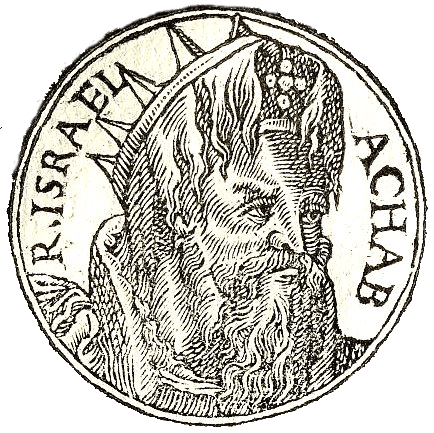 Ahab was the seventh king of Israel. He inherited a powerful kingdom but was eventually brought down due to his own vices and not upholding his responsibilities. Many consider Ahab to be Israel’s worst king.

Intel shares many similarities with Ahab. The company easily dominated the chip kingdom with its x86 IP, but this made Intel a bit too complacent: Easy money from x86 led the company to focus more on maintaining the status quo than moving the foundry market forward. In its comfort, Intel has lost its partnership with Apple (AAPL), who has successfully developed M1, a chip much more efficient than the previously used Intel x86 chips; failed to keep up with the shrinking node trends, currently struggling to produce 10nm chips while others are working on 3nm; and has even been overtaken by AMD, which long sat in Intel’s giant shadow. Intel’s story – to me – looks like a downfall story in the making.

Intel finally sees the need to fight back, and the two fabs in Arizona, due 2024, at the cost of $20B is the latest strategy. However, it is a risky strategy. Adding fabs to the business is not just a one-time cost of the $20B but requires consistent upkeep and upgrade costs, something more like $20B per year, which, over the coming decade, would be more than Intel’s total current equity.

Intel is thus further adding operational costs to its business during a time when the company is expected to see shrinking revenue and earnings. Typically, the responsible reaction to such earnings decay is to cut down on costs. Intel would seemingly rather throw Hail Marys:

I call the fab announcement a Hail Mary not because adding fabs is inherently a bad idea but because Intel seems to have little time remaining on the clock to benefit from this action before it finds itself well behind its competitors. Intel should have built fabs years ago when it was still the market leader and still growing earnings. Intel could have become the go-to chip manufacturer in the US, but now it faces an uphill battle in light of how strong Taiwan Semiconductor Manufacturing Company (TSM) and Samsung (OTC:SSNLF) have grown over the past decade.

At roughly the same time as Intel’s announcement to build fabs in Arizona, TSMC (henceforth TSM) announced its own fab construction in Arizona. Clearly, there is a rush to build fabs in the US, and the reason, too, is clear: China. The US reliance on Taiwanese fabs combined with increasing concerns over a Chinese invasion of Taiwan means that the US would love a modern fab stateside. That is, Intel’s decision to create fabs at this time was not decided in a vacuum; instead of the decision being a business-focused decision, it is a situation-focused decision – a decision of convenience rather than one for the sake of shareholders.

In other words, either the dedication to building fabs at this time is outright stupid or there is an ulterior motive.

The more I read about this decision, the more I feel that Intel is not attempting to increase its focus on its fabs and go head-to-head-to-head with TSM and Samsung. I believe two other possibilities are more likely here: Either Intel is attempting to go fabless or Intel is just looking for some extra-governmental protection.

The first possibility is that Intel wants to spin off its fabs and go fabless. After all, the company has had dismal results attempting to produce chips that can keep up with the current node shrinkage. A logical alternative to continue trying to compete on manufacturing while paying the maintenance for fabs is to go the AMD route – fabless. Intel could build some fabs, spin off the fab side of the business for a nice chunk of cash, and just focus on design, outsourcing manufacturing to the spun-off company.

Alternatively, Intel could be attempting to cozy up to the US government with its new fabs. The Department of Defense certainly wants some fabs stateside as China’s shadow grows over Taiwan. Intel might be playing the Tesla (TSLA) game by looking for taxpayers to help subsidize its business, gaining a novel edge over AMD.

In any case, I don’t see the news fabs to be transformative for Intel in the positive sense. If Intel is really going all-in on fabs, we will need many years before we see a significant payoff. Investing in INTC now, during a time of nose-bleed tech valuations and during earnings contractions is not a smart investment decision. You would be best waiting to see benefits from earnings reports in the coming years before going in long.

If Intel is looking to go fabless and spin-off its fabs, it’s the same situation: many years before perceivable benefits to the bottom line. And if Intel is looking for government subsidies by being the main US chip manufacturer, this is essentially a white flag; Intel cannot compete in the game of technological advancements and needs a handicap. This is not Tesla being subsidized as it forays into a fledgling industry but an old, stubborn company attempting to stay afloat via means outside its own merits. You would be better off investing in AMD or TSMC if you want exposure in US chip design or manufacturing.

Overall, I reiterate my bearish outlook on Intel relative to the rest of the chip industry. The upward momentum in Intel and its current price are not sustainable by the news: The fabs and other aspects I’ve mentioned in previous articles are perceived as bullish while they are in fact bearish. Nor is price sustainable by Intel’s business elementals. As I’ve described in previous articles, Intel’s tech is underperforming relative to its competitors, and the company is losing business due to this (Apple’s ditching Intel exemplifies this decade’s Intel).

I’m going short again, and I probably will continue doing so even if Intel continues to rise on what I consider to be other factors (TINA, the tech bubble, macro issues – all of which I have discussed in previous articles). But this time my options strategy will allow for an upward movement without potential losses, as I admit Intel’s fundamentals and its stock price have become detached.

Here is my trade recommendation:

This is a volatile options strategy that allows profits in three directions: large profits on a downward movement and smaller profits should INTC continue upward or sideways. Delta here is nearly 50, meaning a $50 profit per every $1 movement down in the underlying, but you can increase delta to over 100 by buying back the short puts should you see INTC beginning to drop. You can also increase your profits by selling an extra 2 puts at a lower strike price (say $62), but this would cap your maximum gains in the event of a selloff.

This is not just a weekly play, as I intend to roll it every week. That is, I will close out the trade every Friday and open the equivalent for the next week (sell 1x ITM weekly put and 3x ATM 2-week-out puts). It should be rather clear how to do this but let me know in the comments section below should you need assistance.

In any case, with no risk on the upside, I’ll be much less embarrassed should I be wrong this time.

Exposing Earnings is an earnings-trading newsletter (with live chat). We base our predictions on statistics, probability, and backtests. Trades are recommended with option strategies for the sake of creating high-reward, low-risk plays. We have 89% accuracy for our predictions in 2019.

Check out my methodologies in these four videos.

...click here to see what Exposing Earnings members are saying.

Disclosure: I/we have no positions in any stocks mentioned, but may initiate a short position in INTC over the next 72 hours. I wrote this article myself, and it expresses my own opinions. I am not receiving compensation for it (other than from Seeking Alpha). I have no business relationship with any company whose stock is mentioned in this article.