Perhaps AT&T's (NYSE:T) time to shine is about to return. The company is expected to report results on April 22 before the opening of the trading session. It's not expected to be a strong quarter for the company, with earnings expected to have slumped by nearly 7.4% to $0.78 per share, vs. the same period a year ago. Meanwhile, revenue is expected to drop by around 90 bps to $42.4 billion.

Even the Entertainment unit is expected to have declined in the first quarter, dropping by 5.9% to $9.9 billion. Certainly, not the direction one would have hoped for, given the promise of HBOMax. Still, despite the gloomy outlook, traders are betting that AT&T's stock rises and pushes higher following these results, suggesting that expectations may be too low.

The Bar Is Set Very Low

Analysts have been steadily lowering their earnings estimates for 2023 and now see no earnings growth for the company for the next three years. It leaves the stock trading for 9.4 times one-year forward earnings estimates, which is lower than its historical average of 10.7 over the past five years. 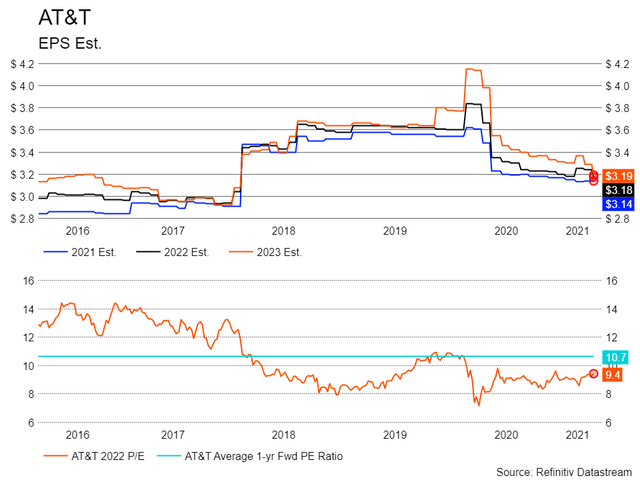 Revenue growth for AT&T is expected to be non-existent for the company over the next three years too. Revenue is expected to stay around $172 billion over that time. That's down dramatically from analyst forecasts that at one time stood at nearly $190 billion. It really helps explain why the stock has been in such a downward spiral the last few years. 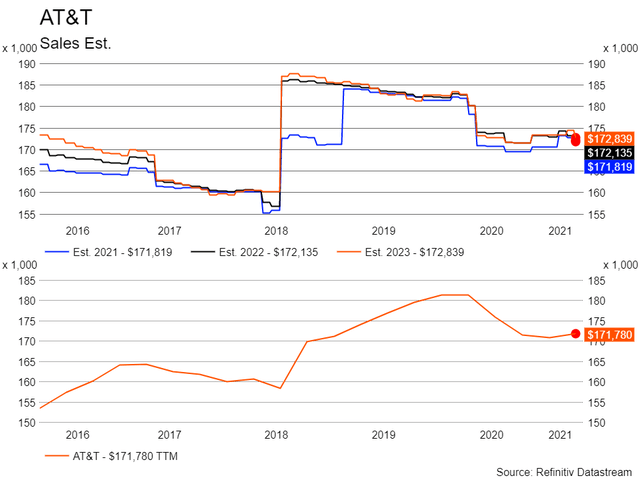 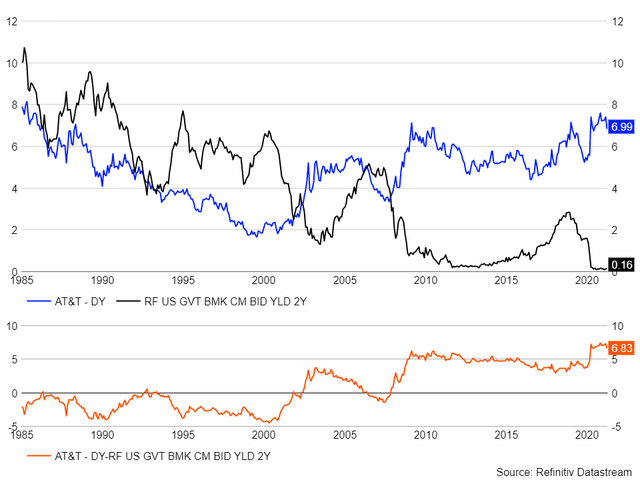 Over the past five years, AT&T has traded on average with a 4.5% premium over the two-year Treasury rates. For AT&T's premium to shrink to 4.5%, the stock's yield would need to drop to around 4.67%. With a dividend payment of $2.08 per year, the stock would need to rise to $44.50 to return its historical valuation vs. the two-year. Clearly, the market disagrees with that view. 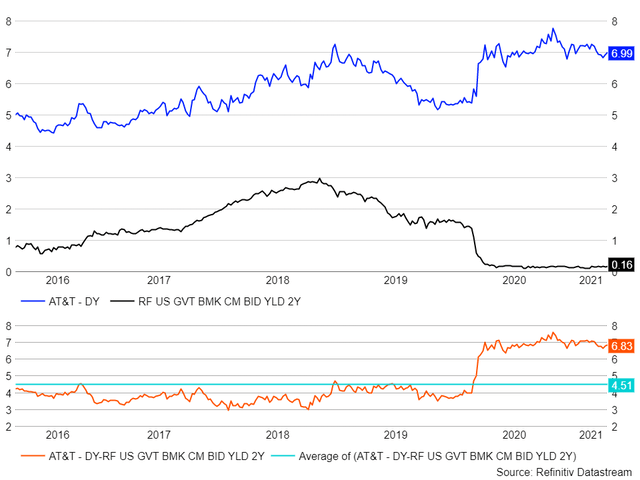 However, some traders think AT&T's stock has some upside based on some recent options trades. On April 16, the open interest level for the June 18 $30 puts and calls saw their open interest levels rise by around 20,000 contracts each. Based on the data, it would seem a call spread was created where the trader bought the calls while likely selling the puts. This would suggest that the stock is trading over $30 by the expiration date in June.

There was a similar trade completed on April 8, but this time for the May 21 $30 calls. In this case, the trader bought 20,000 contracts and paid around 0.85 per contract. It would imply the stock is trading over $30.85 by the expiration date. 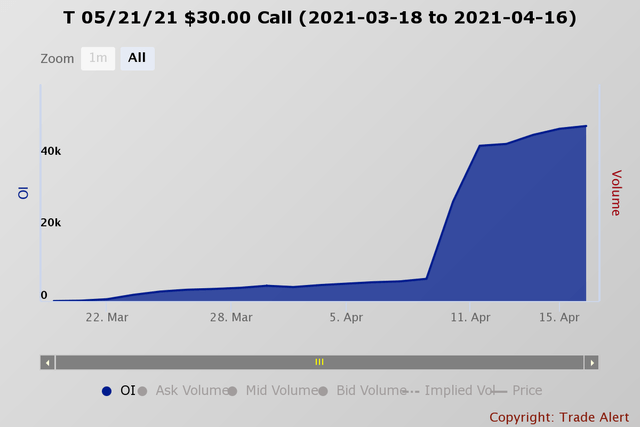 Technically, the stock appears to have further upside. The relative strength index has been consistently trending higher since hitting oversold levels in mid October. Additionally, there's a strong uptrend in the stock that started around the same time. If the stock can clear resistance at $30, it has a path to rise to around $31.50. Resistance at $31.50 is the big challenge for the stock. If for some reason investors can get it above $31.50, then there's a chance it climbs to as high as $33.25. A failure to push over resistance at $30 will send the shares lower towards the uptrend at $28.50. 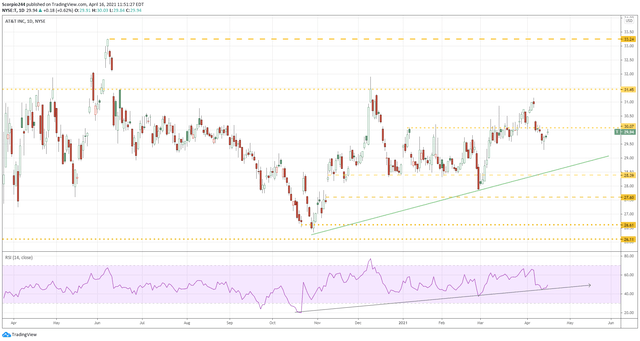 This could be the time for AT&T to deliver better than expected results and finally get the stock moving in a direction higher.

Reading The Markets is designed to provide members with a better understanding of the stock market and to provide stock ideas. Just like the free articles you have grown to love reading.

Or if you want to learn about how the markets function, I can teach you that too.