No, if you show revenue, people will ask how much, and it will never be enough. The company that was the hundred x-er, the thousand x-er, becomes the two x dog. But if you have no revenue, you can say you're pre-revenue, you're a potential pure play. - Russ Hanneman, Silicon Valley (Source)

Super League Gaming (NASDAQ:SLGG) is a US amateur esports broadcaster that has been growing at an impressive rate. In 2020, its revenues soared by 90% to $2.1 million while the number of its registered users tripled to 2.9 million. However, the company has been diluting shareholders at an alarming rate and its selling, marketing, and advertising expenses alone are growing much faster in absolute terms in comparison to its gross profit.

Overall, I think it’s an interesting company in a fast-growing sector, but the business model doesn't look good from a fundamentals point of view. Also, Super League Gaming doesn’t seem to be concerned with stock dilution. I think this one is a sell.

Overview of the business and financials

Super League was established in 2014 and it organizes and broadcasts amateur video game competitions. It also has a platform that allows subscribers to create content as well as watch live streaming broadcasts and gameplay highlights.

The company has partnered with several large companies and I think its growth in 2020 was breathtaking. The number of registered users tripled; video views soared 16 times to two billion; and total engagement hours climbed to 72 million compared to 15 million in 2019. 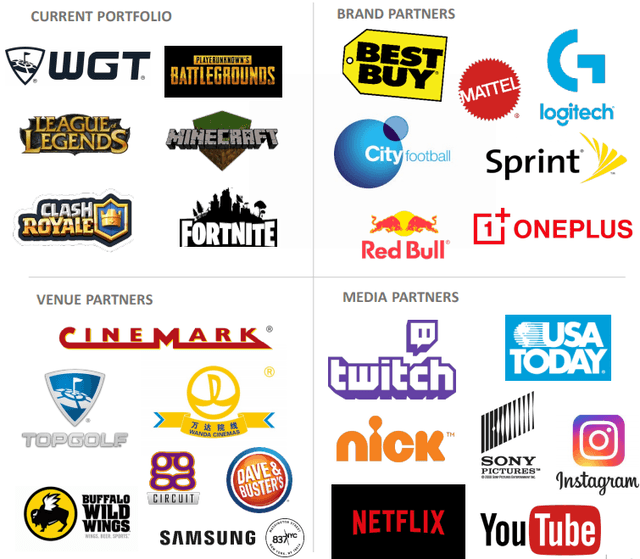 Popular Minecraft community Minehut forms part of the company’s portfolio and each paying player of the latter spent an average of $11.33 per month in 2020.

Looking at monetization, Super League Gaming has three revenue streams, namely advertising and sponsorships; content; and direct to consumer which includes mainly monthly digital subscription fees, and sales of digital goods and merchandise. As I mentioned, revenue grew by 90% to $2.1 million in 2020.

The red flags start appearing when you look at the figures in absolute terms. For example, the company’s gross profit grew by $0.34 million in 2020 but selling, marketing, and advertising expenses alone rose by $0.92 million. Also, advertising and sponsorship revenue is stagnant and direct-to-consumer revenues (including Minehut subscriptions) are negligible.

Overall, revenues have grown by just $1.79 million in four years, while operating losses have widened by $6.38 million.

Looking at the financial figures in absolute terms, I think the business looks terrible and close to worthless in its current state.

Another significant red flag is that the company keeps going to the capital markets for funding pretty often. We’re almost four months into 2021 and Super League Gaming has already carried out three capital increases. In January, it sold 3,076,924 shares at $2.60 apiece. In February, the company issued 2,926,830 shares at $4.10 per share. In March, another 1,512,499 shares were sold at $9.00 apiece.

Sure, Super League Gaming seems to be taking advantage of its rising share price, but it’s still a major red flag that there’s so much stock dilution. Speaking of the share price, the latter spiked briefly in March after the company announced an all-stock deal for live streaming technology platform Mobcrush.

The deal was signed on March 9, and Mobcrush shareholders will get 12,582,204 shares in Super League Gaming. On March 8, the latter’s shares closed at $4.68, which implies a valuation of $58.9 million for Mobcrush.

Mobcrush is a significant name in the Minecraft community. The company runs Mineville, which is one of six official partner servers for the game. It hosts more than 20 million players monthly. According to Super League Gaming, the acquisition will allow it to grow its player base to more than three million per month as well as its U.S. audience to 85 million monthly users.

However, I think there are several flags around Mobcrush:

For the sake of the argument, even if we assume that Mobcrush has let’s say $10 million in revenues and $5 million in net profits per year, the combined company would still be in the red. I think that the acquisition of Mobcrush doesn’t put a dent into the bear case for Super League Gaming. It’s just an unsustainable business with terrible margins.

Major risks for the bear thesis

I think that the main risks are the following:

1) It’s possible that I’m underestimating the ability of Super League Gaming to improve its margins, especially following synergies realized as a result of the purchase of Mobcrush

2) Advertising and sponsorship revenue could return to growth in 2021, which would allow Super League Gaming to book a significant revenue growth in 2021

Super League booked revenues of just over $2 million in 2020 and if you look at the financials in absolute terms, expenses are growing much faster than revenues. The operating loss has expanded significantly since 2016.

Overall, I think it’s a flawed business model and that the business is next to worthless in its current state. Additionally, the company doesn’t seem concerned about stock dilution as it has already carried out three equity offerings in 2021. This is a significant red flag.

I doubt that the purchase of Mobcrush can improve Super League’s fortunes in a major way.

In my view, Super League is significantly overvalued and investors can take advantage of this by shorting the shares or buying put options. According to Fintel, the short borrow fee rate stands at 11.36% as of the time of writing.

In case you prefer to protect the downside, I think long-dated out of the money put options are a good idea. And if you think that share price volatility is likely to remain high, a straddle strategy would be a good option. 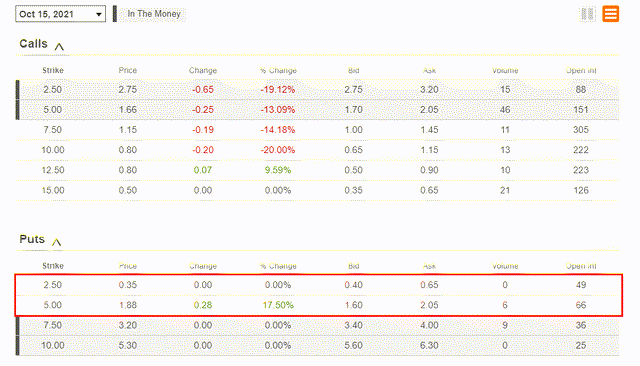