Official data showed Taiwan's export orders rising some 31.1% above levels of a year ago in June, marking the sixteenth month of continuous year-on-year expansion. Although down from a peak of 49.3% in January, the annual rate of increase remains higher than anything seen since 2010.

Given that the global economy was struggling in the first waves of the COVID-19 pandemic this time last year, it's perhaps not surprising that year-on-year growth has been strong in recent months. To get a more accurate picture of the current growth trend, it makes sense to look at month-on-month changes or, more preferably, three-month-on-three month changes, as the latter are usually less volatile and help identify turning points more easily.

However, such comparisons are not straightforward as the published Taiwanese export orders series is not adjusted for seasonality. Hence, we've run the raw data through the X12-ARIMA program, which is widely used by statistical offices to remove seasonality, to produce a seasonally adjusted series. As can be seen, this is far less lumpy than the unadjusted raw data. 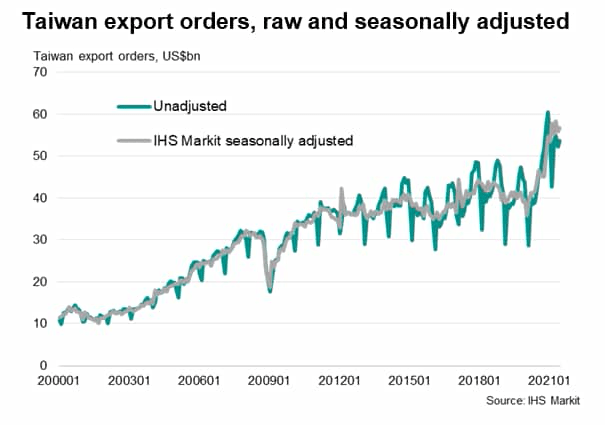 The seasonal adjustment process results in a new series which suggests export orders peaked in April 2021 at US$58.4bn, and have since eased to $56.8bn, the lowest since March - though clearly still very elevated by historical standards.

The change in the latest three months compared to the prior three months is now running at 2.74% for the second quarter, that's down from 10.8% in the first quarter. This tallies with the message from the IHS Markit PMI survey, which showed export orders growth slowing in June to the weakest since November. 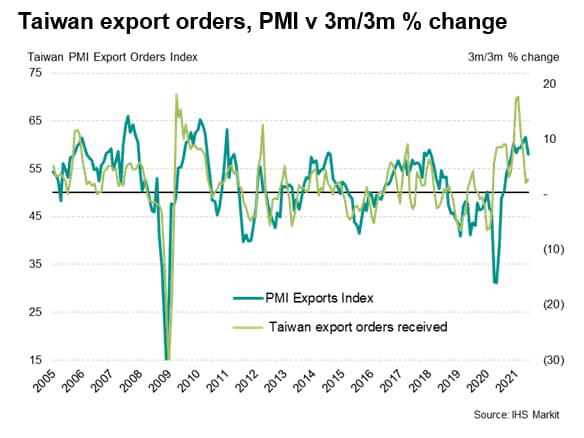 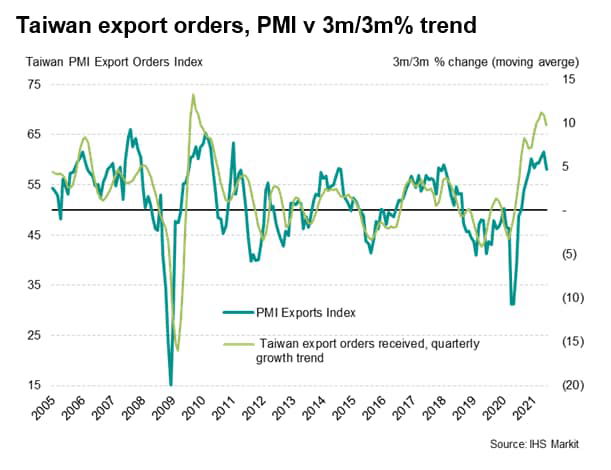 This slowing of growth in the Taiwanese PMI series corresponded with a cooling of global manufacturing output growth in June, which moderated to the slowest since February. 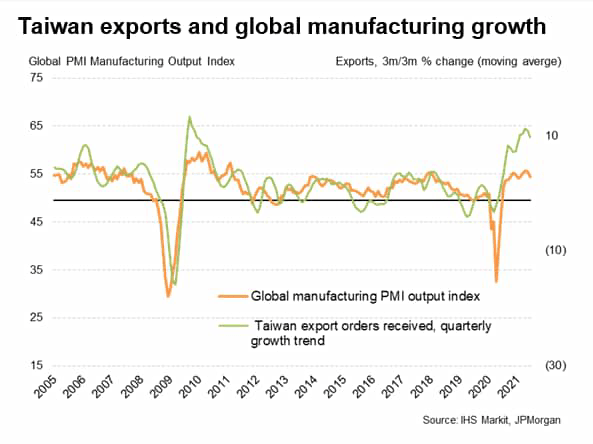 However, the good news is that the global economy continues to expand at a rate which is historically consistent with solid growth of demand for Taiwan's exports, with electronics goods and components seeing especially marked demand growth. 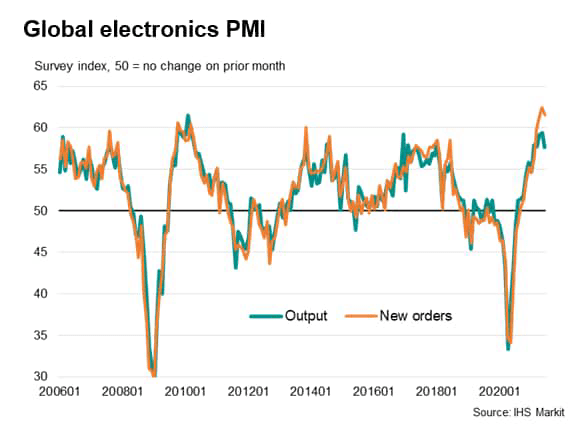 Such a supply improvement is by no means assured though, as the Delta variant continues to disrupt global supply lines, especially in Asia.

July's PMI surveys will provide updated insights into how Taiwan is faring amid the new virus waves, with data published 2nd August.

Markit
2.37K Followers
IHS Markit (Nasdaq: INFO) is a world leader in critical information, analytics and solutions for the major industries and markets that drive economies worldwide. The company delivers next-generation information, analytics and solutions to customers in business, finance and government, improving their operational efficiency and providing deep insights that lead to well-informed, confident decisions. IHS Markit has more than 50,000 key business and government customers, including 80 percent of the Fortune Global 500 and the world’s leading financial institutions. Headquartered in London, IHS Markit is committed to sustainable, profitable growth.
Follow
2 Comments