Among the gold mining jurisdictions in the world, Nevada is top-ranking, thanks to its rich precious metal endowment, political stability, and mining friendliness. In such a premier gold mining province, one would probably expect it to be nearly impossible to come across any hidden-gem gold explorers.

Below, I present Allegiant Gold Ltd. (AUAU.TSX-V)(OTCQX:AUXXF) to demonstrate it is still possible to find great investment targets in Nevada if an investor follows the investment principle as I detailed in a recent interview.

From project generation to project development 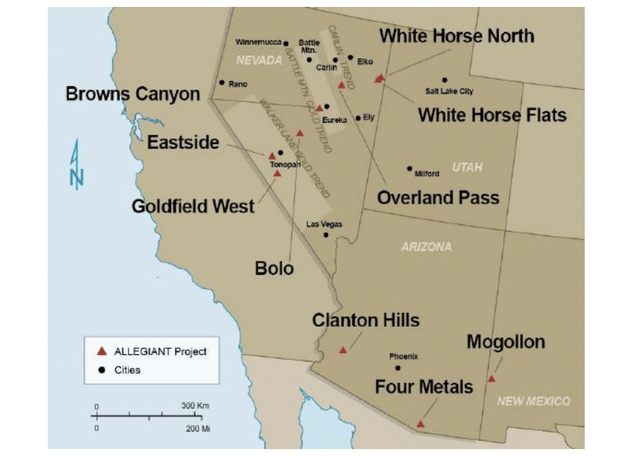 Fig. 1. The projects of Allegiant, from the company's July 2021 presentation.

Since the spin-off, Allegiant began to pursue a transition from a project generator to a project developer, by farming-out non-core projects and focusing on its flagship project Eastside .

Allegiant holds a 100% interest in the Eastside-Castle project through an agreement with Cordilleran Exploration Company, LLC (aka, Cordex) of Andy Wallace, who has been closely associated with Allegiant since then.

The Eastside project is located northwest of the town of Tonapah, Nevada, which is known for the famous historical silver mine, where Blackrock Silver (OTCQX:BKRRF) and Summa Silver are currently conducting brownfield exploration. Geologically, Eastside is part of the Walker Lane trend. This part of Nevada is known to have excellent infrastructure including highway access, water, and electricity (Fig. 1).

The original Eastside property consists of 870 un-patented lode mining claims covering 7,202-ha in northern Esmeralda County, Nevada, with annual lease fees of $153,994. The surface within the Eastside property is managed by the U.S. Bureau of Land Management (aka, BLM), with no private surface or state land (Fig. 2). 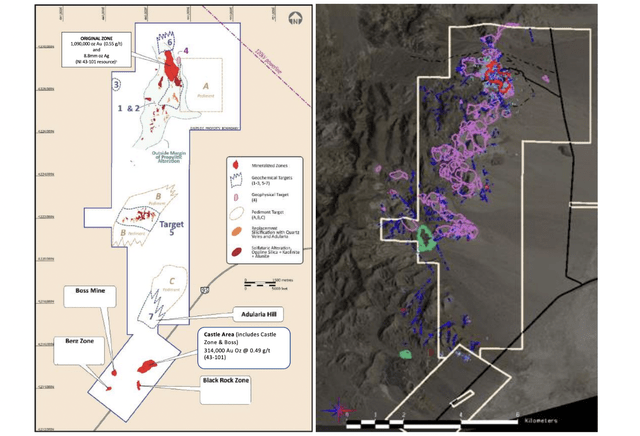 Fig. 2. The Eastside project shown on the left, and geology of the area shown on the right, with the rhyolite domes in pink, both from the same source as Fig. 1 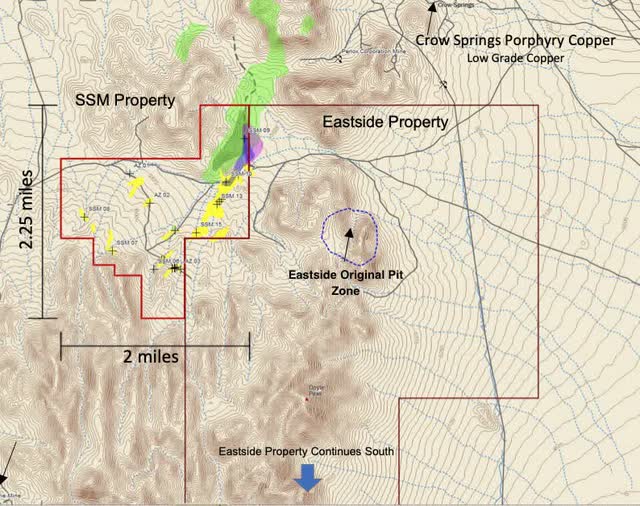 Fig. 3. A map showing the additional claims optioned in July 2021 to the west of the Eastside deposit, from the company's news release of July 7, 2021.

The mineralization in Eastside is of the oxidized, low-sulfidation epithermal gold-silver type, which is hosted predominantly (~80%) in Tertiary rhyolite domes and, to a less extent, in andesite flows and volcaniclastic rocks.

The Eastside project includes two main deposits, i.e., the Original Pit Zone in the north and the Castle cluster in the south, with a number of targets for further exploration (Fig. 2). Newmont (NEM) and Cordex conducted surface exploration around the Eastside area in the 2000s.

Numerous companies explored the area around Castle, including ASARCO, Noranda, and Houston Oil and Minerals in the 1970s; Falcon Exploration, Homestake Mining Company, Westgold, and Mintec Resources in the 1980s especially around the areas of the Boss mine and the Black Rock and Berg zones; Kennecott Exploration, Fischer-Watt Gold Company, and Platoro West Inc. in the 1990s.

In 1998, Cordex - then a subsidiary of Rayrock Resources Inc. - leased the area northeast of the Boss mine from Fischer-Watt Gold, drilled RC holes, and arrived at estimated historical geologic resources of 11.2 Mt with an average grade of 0.68 g/t Au for the Castle, Black Rock and Berg zones. However, once Glamis Gold acquired Rayrock Resources in 1999, the Castle project was terminated.

In August 2021, Allegiant updated and expanded the inferred mineral resources at Eastside, incorporating a resource at Castle and 9 additional holes at the Eastside Original Pit Zone. The updated inferred MRE includes 1.09 Moz Au at 0.55 g/t and 4.4 g/t Ag at Eastside Original Pit Zone and 314 Koz Au at 0.49 g/t at Castle, both within pit-constrained models at a cut-off grade of 0.15 g/t Au, US$1,750/oz gold price, and US$21.88/oz silver price (Table 1). The Eastside resource is still open to the south, the west, and at depth, while the Castle resources are open in all directions. 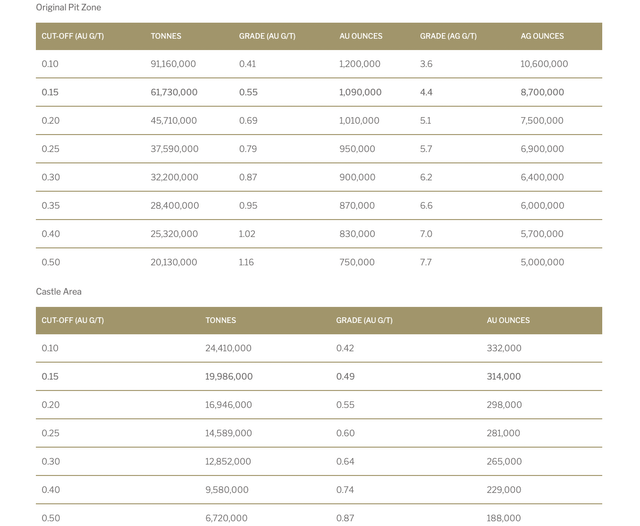 Table 1. The NI 43-101 compliant mineral resource estimate of Eastside and Castle, from the company's news release of August 4, 2021.

In the 72-sq km, district-scale Eastside project, exploration suggests some 80% of the MRE is hosted in rhyolite. However, only a small number (<15%) of the >40 identified rhyolite domes has been drilled so far (Fig. 2).

In December 2019, Allegiant applied to expand the permitted operating zone in the Eastside project from 601 acres to over 3,200 acres so as to evaluate additional targets. In September 2021, Allegiant received two permits allowing for an expansion of drilling and operations at Eastside, with the first enlarging the Plan-of-Operations from 600 acres to over 3,676 acres around the original pit zone that allows the building of new roads and access to 160 new drill sites, and the second amending the existing drill target plan within the original pit zone thus allowing the drilling of up to 14 new holes to test the recently discovered high-grade zone (Fig. 4). 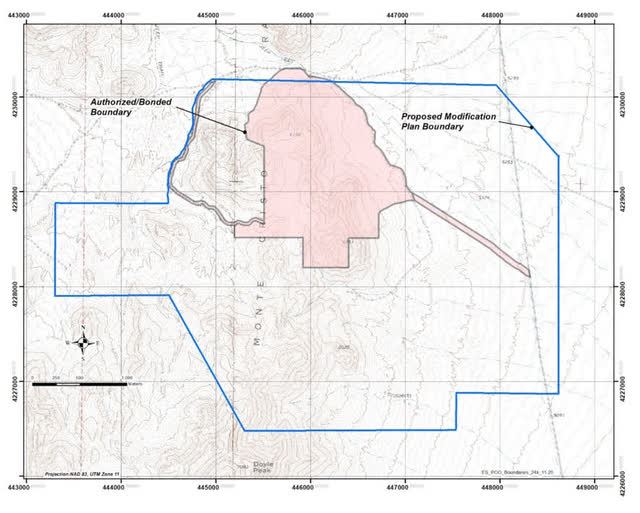 Fig. 4. A map showing the expanded permit area at the Eastside project, from the news release of September 28, 2021.

I reckon the enterprise value is approximately US$27.6 million, which suggests an EV/MRE multiple of US$18.2/oz AuEq (93% gold and 7% silver).

Comparing that multiple with comparable pre-PEA gold projects, which average US$40/oz AuEq or US$60/oz Au, Allegiant is clearly deeply undervalued at this time.

The stock is expected to re-rate by a magnitude from 3-4X as Allegiant advances the project toward mine construction, while further exploration may help expand the MRE expansion by 1.5-3X, for a total upside of 5-10X. Such an upside potential comes with a number of risk factors as discussed below.

The Eastside project is located on BLM land. Previous operators seem to have been able to receive BLM permits without a problem.

Allegiant has been farming out non-core projects to pull in some cash flow, which the management expects to cover overhead expenses and land-holding costs for next 12 months. The management was able to raise funds via equity issuance in the last few years. Further equity issuance may be necessary to fund the exploration program but the cash flow from farm-out will materially limit future equity dilution.

Andy Wallace, who is credited with five gold discoveries in Nevada, acted as CEO from the spin-off of Allegiant to the time when chairman Robert Giustra took over on his retirement in July 2019. Peter Gianulis, with a natural resource-focused private equity background and already a director, was named CEO in September 2019 to lead the accelerating exploration program. Gianulis immediately brought back Wallace first as a strategic technical advisor, and then as chief geologist and director.

The management and insiders own 16.9% of the issued and outstanding shares, giving them substantial skin in the game. They purchased shares as recently as September 20, 2021, accumulating ~9 million shares in the open market.

Allegiant seems to check quite a few boxes:

Still under the radar in part due to the lack of promotion and also because of the ongoing transitions from a project generator to a project developer, the stock ends up being deeply-undervalued relative to the in-situ gold and silver so far delineated.

Having been consolidating since striking high-grade gold in May 2021, the share price has dropped to an attractive level (Fig. 5). The C$0.40 warrants are scheduled to expire between December 11, 2021, and January 6, 2022, the exercise of which may generate entry opportunities for discerning investors who would like to maintain an exposure to a deeply-undervalued, intermediate to advanced-stage gold explorer in the world's top-ranking jurisdiction.

Fig. 5. The stock chart of Allegiant Gold (AUAU.TSX-V), as compared with gold price, modified from barchart.

Allegiant Gold is just one of the many hidden-gem ideas uncovered by Laurentian Research for The Natural Resources Hub, a Marketplace service known for consistently delivering high rate of return at low risk.

As a natural resources industry expert with years of successful investing experience, I conduct in-depth research to generate alpha-rich, low-risk ideas for the member of The Natural Resources Hub (TNRH). I focus on identifying high-quality deep values in the natural resources sector and undervalued wide-moat businesses, an investment approach that has proven to be extremely rewarding over the years.

Some abridged samples of my writings are published here, while 4X as many unabridged articles are posted without delay at TNRH, a popular Seeking Alpha Marketplace service, where you also find:

(2) live portfolios for both capital appreciation and income generation,

(5) a community of investors to bounce off ideas and share information with.

Sign up HERE today to benefit from Laurentian Research's in-depth research and the TNRH platform right away!

Disclosure: Besides myself, TNRH is fortunate enough to have multiple other contributing authors who post articles for and share their views with our thriving community. These authors include Silver Coast Research, ..., among others. I'd like to emphasize that the articles contributed by these authors are the product of their respective independent research and analysis.

Disclosure: I/we have a beneficial long position in the shares of AUXXF, SSVRF, BKRRF either through stock ownership, options, or other derivatives. I wrote this article myself, and it expresses my own opinions. I am not receiving compensation for it (other than from Seeking Alpha). I have no business relationship with any company whose stock is mentioned in this article.