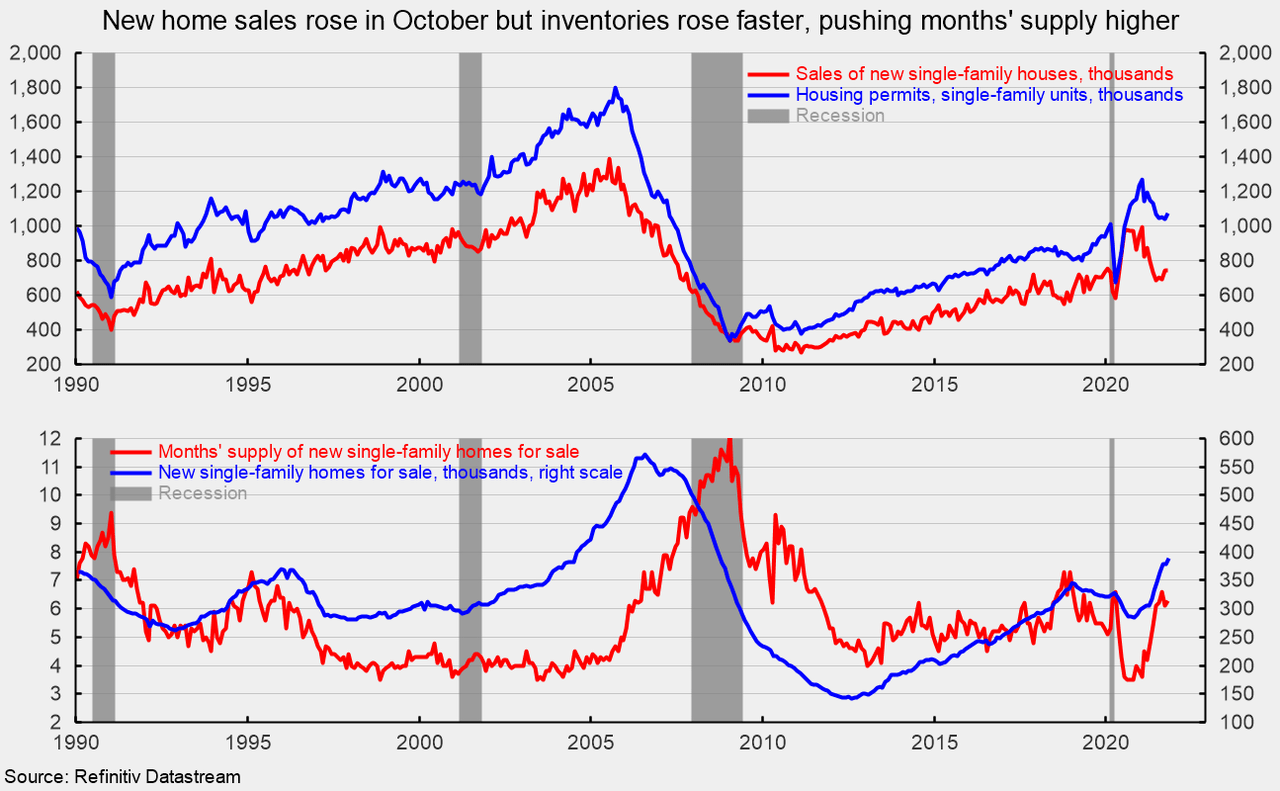 Sales of new single-family homes posted a small gain in October, increasing 0.4 percent to 745,000 at a seasonally-adjusted annual rate from a 742,000 pace in September. Despite the gain, sales are down 23.1 percent from the year-ago level (see top of first chart). New home sales and permits for future construction had weak performances in the first half of 2021 but are showing signs of renewed support recently (see top of first chart).

Sales of new single-family homes were up in two of the four regions of the country in October. Sales in the South, the largest by volume, rose 0.2 percent while sales in the Midwest gained 11.0 percent, however sales in the Northeast decreased 11.8 percent while sales in the West were off 1.1 percent for the month. From a year ago, sales were down between 16 and 33 percent in the four regions. Despite the gain in sales, the total inventory of new single-family homes for sale rose 2.9 percent to 389,000 in October, the highest level since September 2008 (see bottom of first chart), putting the months’ supply (inventory times 12 divided by the annual selling rate) at 6.3, up 3.3 percent from September and 80.0 percent above the year-ago level (see bottom of first chart). The median time on the market for a new home continued to fall in October, coming in at 2.4 months versus 3.3 in September. 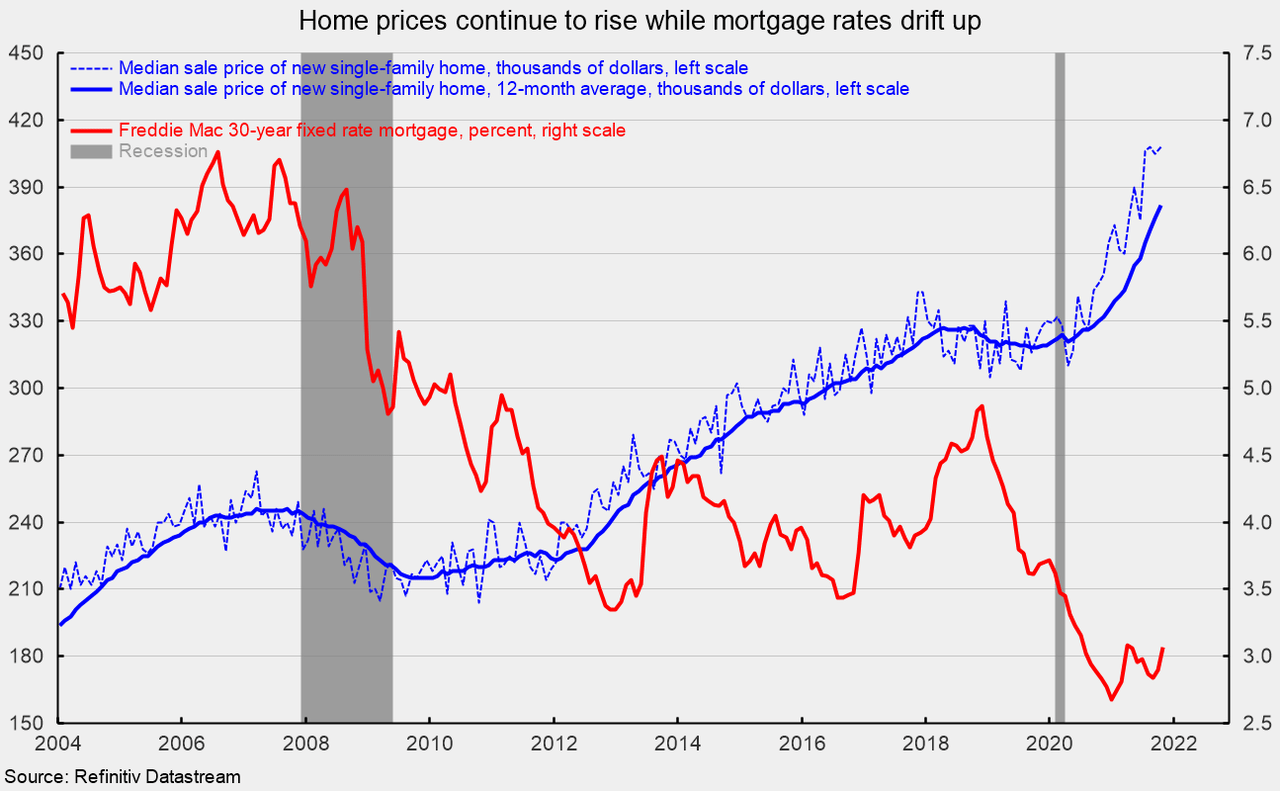 Record-high prices and rising mortgage rates are headwinds forcing some buyers out of the market. However, the rise of more flexible working arrangements (i.e. remote work) may provide some continued support for less dense housing. Furthermore, despite tight labor conditions and materials shortages, new home construction continues at a healthy pace. It is likely that these conditions will continue to impact activity in the housing market, and on balance, lead to softer demand, looser supply conditions, and slower future price increases.

American Institute of Economic Research
1.38K Followers
AIER educates Americans on the value of personal freedom, free enterprise, property rights, limited government and sound money. Our ongoing scientific research demonstrates the importance of these principles in advancing peace, prosperity and human progress. www.aier.orgFounded in 1933, AIER is a donor-based non-profit economic research organization. We represent no fund, concentration of wealth, or other special interests, and no advertising is accepted in our publications. Financial support is provided by tax-deductible contributions, and by the earnings of our wholly owned investment advisory organization, American Investment Services, Inc. (http://www.americaninvestment.com/)
Follow
1 Comment
To ensure this doesn’t happen in the future, please enable Javascript and cookies in your browser.
Is this happening to you frequently? Please report it on our feedback forum.
If you have an ad-blocker enabled you may be blocked from proceeding. Please disable your ad-blocker and refresh.