If you have been following AMMO Inc.'s (NASDAQ:POWW) growth story over the past few years, then you know that the company's overall advancements and investment case are quite fascinating.

Before the stock began trading on the Nasdaq in December of 2020, AMMO's shares were trading over the counter. Even before its Nasdaq listing, I remember AMMO was getting lots of investor interest in various investor forums despite its small size (its market cap was hovering between $50 and $100 million) due to the exponential growth the company kept delivering.

I did not buy into the bullish thesis during 2019-2020 as the stock's investment case had multiple risks attached. My first concern was the company's ESG score, which stands below 20. I mean, they literally sell gun ammunition. To the same argument, there are ethical concerns when it comes to investing in AMMO, which is a subjective point to some extent, but one that can still affect investor interest/valuation multiples.

My other concerns included the lack of longer trading history, its then thin gross margins and hard-to-predict net income prospects, and overall risks related to a non-main listing.

Fast forward to today, AMMO has sorted almost all of these issues while the company continues to grow exponentially. This time, with a clear growth plan, substantially higher margins, (more) diversified revenues, sales backlog, and the Nasdaq listing.

I have been looking at the company's developments for over a year now, and while I was eager to invest, due to the stock doubling following its IPO levels from around $5 to $10 I once again didn't press the Buy button. However, following AMMO's steep decline since last summer, it seems to me that the stock's risk/reward case is too attractive to ignore at this point.

As you can see in the chart below, AMMO's revenues have been snowballing, with the company's quarterly revenue growth hovering in the triple-digits.

The company is tapping into the premium firearm ammunition market, producing premium-quality ammo, and both the commercial and military/law enforcement demand it experiences is quite lavish.

As I mentioned, AMMO's margins were terrible a few years back. However, with the company expanding its production capacity (currently 750M+ rounds/year) and the acquisition of gunbroker.com, margins have improved dramatically. Gross and net margins stood at 46.07% and 24.74% in its latest results, respectively.

AMMO's margins are set to continue improving going forward based on two catalysts:

1) Expanding production: As AMMO's management has mentioned (and again in an interview last week), the company is experiencing such great demand that its current production capacity cannot meet it. To do so, AMMO is currently developing a $24M+ state-of-the-art ammunition and brass case manufacturing plant in Manitowoc, WI, expected to come online this summer. The new plant is expected to triple AMMO's current manufacturing output. Yes, triple! Not only does this imply great revenue growth potential (assuming the demand is enough to absorb the increased capacity), but it should lead to margins expanding further. Management estimates the new plant will achieve up to a potential $1M of operational efficiencies and cost-cutting.

Gunbroker.com is the leading online marketplace for the legal sale of firearms, ammunition, and accessories with 6+ million registered users, adding 50,000 new users per month. This is a great opportunity. The platform is the most prominent player in the space, which constitutes a great moat, while vertically integrated with AMMO's main operations, it features multiple potential scaling avenues.

The platform demonstrates a great performance trajectory in all relevant metrics, as the below charts illustrate:

In the previous quarter, the platform's marketplace revenues accounted for 28% of AMMO's total revenues and 63% of the operating income. This is because gunbroker.com has much juicier margins, as you can see from the company's latest 10Q. The marketplace has EBITDA margins of around 73% ($9M+$3.2M)/$16.7M. That is quite amazing, and margins will likely expand over time, as this is a capital-light business.

It seems to me that if AMMO's sales more or less stabilize following the new production to come out of the new plant, long-term sustainable growth will likely be generated by the marketplace.

During the first five months of operation since AMMO purchased GunBroker.com, auction revenue increased approximately 20% on a year-over-year basis, including mid-single-digit growth in the average revenue per object sold, and an upper single-digit growth in the number of total objects sold. The marketplace also recorded an 83% increase in the loyalty program revenue. With the marketplace receiving a hefty fee on each auction (6% of the first $250 on the selling price - 3.5% on the amount exceeding the first $250), revenues are set to keep growing going forward, while AMMO receives frictionless cash flows. As illustrated in the earlier charts, gunbroker.com's market share on firearm sales is growing rapidly, and with the likelihood of an increasing amount of firearms' total sales migrating online, gross merchandise volumes on the platform likely have a great runway for growth ahead.

Why The Stock Is Too Cheap To Ignore

Following the stock's continuous correction since last summer, it seems that shares have finally become too cheap to ignore, even if there are risks in AMMO's business model (ESG/political/regulatory risks attached to firearms and to a further extent ammo sales).

The company recently reiterated its revenue guidance of $250 million for the FY-2022 ending March 31st. At its current market cap, this implies a P/S just under 2.0. Assuming the company can sustain net margins even just above 15%, this would imply a P/E of around 13-14, suggesting that the stock is attractively priced.

However, here's the odd part. Analysts forecast revenue growth of just 19% next year, which makes little to no sense.

We know that AMMO is struggling to meet the underlying demand, growing revenues in line with its output capabilities. Since the company reported revenues of $42 million and $57 million in Q1 and Q2, in order to achieve $250 million by the end of its FY-2022, will need to record $151 million in revenues in Q3 and Q4. Based on its current growth trajectory, this could be around $68 million in Q3 and $83 million in Q4. Hence, the stock will soon be trading at a P/S of around 1.50, assuming a $332 million annual revenue run rate. In any case, the $297 million revenue estimate for FY-2023 seems incredibly soft and implies a sequential revenue decline in mid-FY-2023 for it to materialize based on management's guidance (i.e. quarterly revenues below $80-85 million next year).

This becomes harder to believe considering that the new plant, which is expected to triple production, should significantly boost revenues. Also, as a side note, the factory development is funded through the company's cash, with the balance sheet carrying virtually no long-term debt. Hence, the new output should accumulate incremental equity value rather rapidly.

Another reason to dismiss the validity of the analyst estimates, in this case, is the constant and fierce revisions that always fall behind AMMO's actual growth momentum. As you can see, the upcoming quarter's projected revenues alone have been adjusted 36.2% higher over the past six months.

Overall, I find AMMO's growth very appealing. I have followed the company for quite a while, and management's execution has been phenomenal. They are delivering results on time and vertically growing the company while making it look easy. The gunbroker.com's acquisition was smart and is going to diversify revenues in the long run. With robust revenue growth and margin expansion catalysts ahead, I believe shares are too cheap to ignore at their current levels.

Assuming conservative revenues of $320 million next year and a more reasonable P/S towards 3, a price target of around $10/share appears to be quite appropriate, in my view. Hence, I am bullish on the stock. 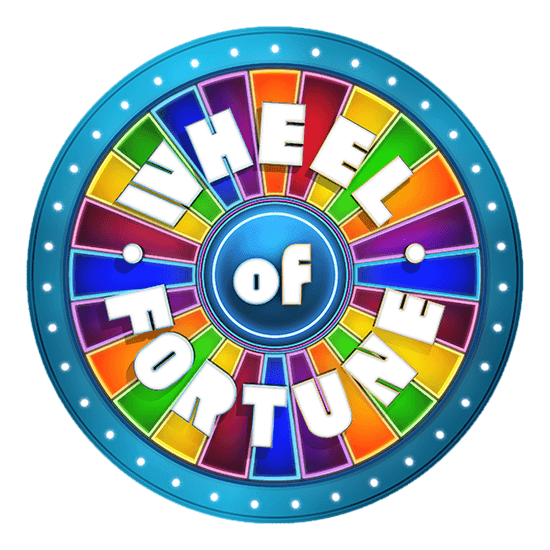 Disclosure: I/we have a beneficial long position in the shares of POWW either through stock ownership, options, or other derivatives. I wrote this article myself, and it expresses my own opinions. I am not receiving compensation for it (other than from Seeking Alpha). I have no business relationship with any company whose stock is mentioned in this article.