In order to protect investment capital during equity market corrections, it is safe to liquidate the equity positions and to hold cash or US Treasury bonds. Since the Treasury bonds are, most of the time, inversely correlated to stocks, it is expected that bonds make gains when stocks sell off.

Over the last ten years the average correlations of Treasury Bond ETFs with SPY are shown in the following table.

In principle, all these funds are useful for protection of capital during market corrections. The non-leveraged Treasury ETFs are commonly used in the composition of so-called "balanced funds" and also for portfolios with tactical asset allocation. In my previously published articles on Seeking Alpha I used them for portfolio risk protection.

The question I try to answer in this article is whether the leveraged Treasury ETFs, TYD and TMF, may be profitably used for the same purpose. I present simulation results for a very simple portfolio for a period of over seven years, from January 2015 to April 2022.

The Direxion Daily 7-10 Year Treasury Bull 3X Shares (TYD) is also available since April 2009. It seldom pays any dividends (last distribution was in December 2020) and has a net expense ratio of 1.09%.

While TMF trades heavily at an average of over 3 million shares per day, TYD is less popular; its trade volume is about 20 k per day. Nevertheless, both are suitable for medium sized portfolios.

A very simple portfolio invests during market risk-on periods in the top 2 ETFs from the following universe: DIA, QQQ, SPY, XLF, XRT. During risk-off periods, it invests all the funds in a single Treasury bond fund.

The summary performance of the portfolios is shown in the table below.

A quick look at the numbers reveals the following:

Overall, most investors would select IEF as their choice because it achieves the highest risk adjusted return, while getting a reasonably large return with negligible increase in volatility and draw downs.

But, as we will show below, there are better choices for different periods of time. The table below shows the annual returns of the portfolios.

Here are a few observations:

Based on these observations, the "optimal" choice would have been to employ TMF as the risk-off asset in the period 2015- 20, and then switch to BIL for 2021-22.

Since August 2020 when all Treasury bond ETFs made a top, they all started a long-term downtrend. That downtrend has been relentless, having a single 4-month counter-trend during April - July 2021. Since August 2021, the downtrend has accelerated due to many contributing factors, chief among them being the change in the FED monetary policy.

A vivid illustration of the losses in Treasury bonds of all durations can be seen in the following chart. In three months and a half, TMF lost over 48% of its value.

The current economic environment coupled with the so-called "Quantitative Tightening" and FED raising of FED fund rates, are expected to support the continuation of the current downtrend in the Treasury Bond prices.

My TMF rating is a SELL. 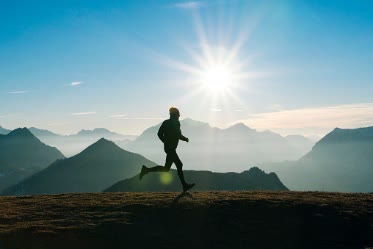 Apply the results of our research to achieve superior returns while keeping losses manageable during severe market corrections.

Toma Hentea
2.29K Followers
Author of Adaptive Momentum Investing
Monitor market state (risk on/off) for successful investing
I am a retired professor of Electrical and Computer Engineering. Since 2011 I have been active in the AAII Chicago South Suburban chapter. My investment objective is to achieve high returns over the long run while allowing occasional downside corrections. Investment decisions are based on quantitative fundamental factors that take into account valuations, earnings growth and price momentum. Market exposure is varied in accordance to the state of leading US and global economic indicators. Options and leverage are used to enhance the performance of my investments.

Disclosure: I/we have a beneficial long position in the shares of TMV either through stock ownership, options, or other derivatives. I wrote this article myself, and it expresses my own opinions. I am not receiving compensation for it (other than from Seeking Alpha). I have no business relationship with any company whose stock is mentioned in this article.