This morning we got the latest Empire State Manufacturing Survey. The diffusion index for General Business Conditions at -11.6 was a decrease of 36.2 from the previous month's 24.6. The Investing.com forecast was for a reading of 17.0.

Here is the opening paragraph from the report.

After growing strongly last month, business activity declined in New York State, according to firms responding to the May 2022 Empire State Manufacturing Survey. The headline general business conditions index dropped thirty-six points to -11.6. New orders declined, and shipments fell at the fastest pace since early in the pandemic. Delivery times continued to lengthen, and inventories expanded. Labor market indicators pointed to a modest increase in employment and the average workweek. Both the prices paid and prices received indexes moved lower, but were still elevated. Looking ahead, optimism about the six-month outlook remained subdued. [Full report]

Here is a chart of the current conditions and its 3-month moving average, which helps clarify the trend for this extremely volatile indicator: 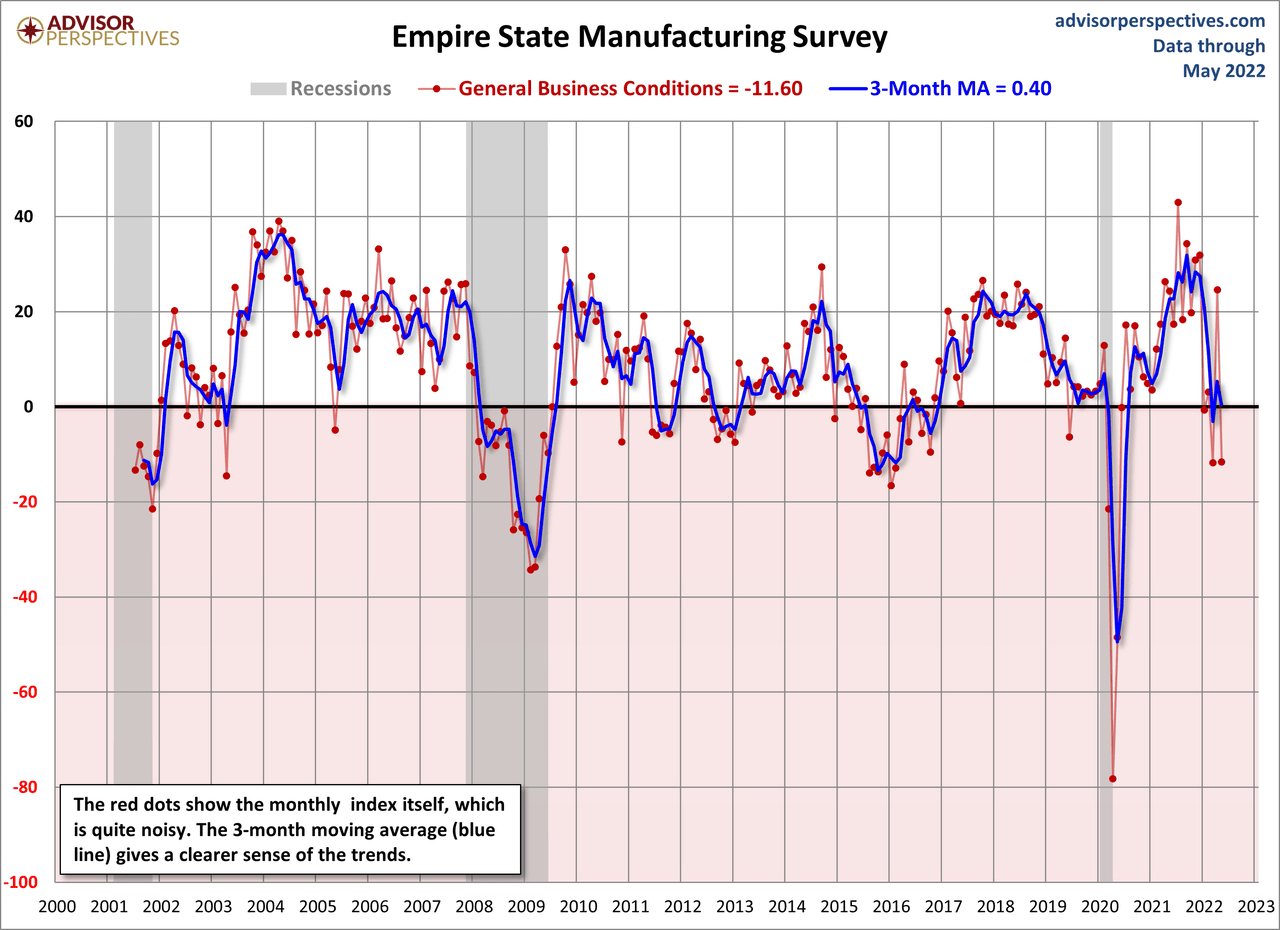 Since this survey only goes back to July of 2001, we only have two complete business cycles with which to evaluate its usefulness as an indicator for the broader economy. Following the Great Recession, the index has slipped into contraction multiple times, as the general trend slowed. We saw a gradual decline in 2015 that picked up in 2016, with a giant dip in 2020 due to COVID-19.

Here is an overlay of the current and future conditions (a six-month outlook).

Let's compare all five Regional Manufacturing indicators. Here is a three-month moving average overlay of each since 2001 (for those with data).

Here is the same chart, including the average of the five. Readers will notice the range in expansion and contraction between all regions.