Rising interest rates and the threat of a recession have caused a pull-back in stocks, with the Nasdaq down more than 20% this year. With government stimulus waning and bonds starting to offer a passable alternative, there is not much new money going into stocks. It seems like the only buyers are companies returning their profits to shareholders. Even then, on many days the market suffers sharp drops. While most new investors armed with stimulus checks seemingly bought the first stock they heard about on social media, they are finding the hard way that company executives are more than happy to sell them something they can freely generate.

But fear not, there are two ways to win in this market:

This article features an example of the second way. Ever heard of WeWork (NYSE:WE)? Yes, the company backed by SoftBank (OTCPK:SFTBF) that was supposed to go public at a $40 billion valuation. Now, it sports a $6 billion market cap after entering the market through a SPAC deal. SPACs, if you didn't know, raise financing and need to do a deal within a specified time-frame or face liquidation, thus providing them a big incentive to consummate a transaction. The recent performance of SPACs has not been pretty.

From all accounts, founder Adam Neumann had a colorful personality and behaved like a rock star. Adam had the brilliant idea of leasing office space from corporate landlords, sub-dividing it and then re-leasing it to tenants, under the veneer of a tech start-up. Why hadn't someone thought of it before? Sometimes ideas are so silly that no one actually gets the funding to implement them. In art, that is a new movement (e.g. abstract expressionism a la Jackson Pollock). In business, it's a VC-funded fad that ultimately goes away.

The value-add of the business here is really low - you start with office space, and end with office space and maybe a foosball table thrown in. Second, in a downturn, your tenants leave but you're still stuck paying the landlord. Third, it's expensive to keep marketing to fill one's capacity. There is one other company that has been in the space for a while, and that is Regus, which has gone through bankruptcy proceedings a few times.

After having got used to working from home, many workers are reluctant to go to an office, at least not five days a week. Thus demand for office space is likely to be tempered. Start-ups that have enjoyed easy financing will find the going tougher, and thus less likely to be looking for co-working space. If we have a recession, that will be another negative as companies look to cut occupancy costs. On the positive side, landlords have a lot of inventory in major city centers, and may find a large renter like WeWork attractive (at least until the day comes when WeWork is unable to pay them).

The bull case here is that the company can successfully increase its occupancy from the current 67%. I believe it will be challenging in the current economic environment to get this figure much higher.

The company currently has 760 million shares and a market capitalization of $6 billion, with $2.3 billion of net debt. It thus has an enterprise value of $8.3 billion.

On the positive side, the company's stock compensation seems to be well-contained at $50 million a year, so there isn't a flood of new shares coming on to the market like for most other unprofitable tech firms. Capex is running below depreciation. About half the interest expense is non-cash, representing the value of warrants that were issued along with financing.

Unfortunately, I believe bankruptcy is the most likely outcome here, possibly as soon as next year as the company exhausts its cash balance and draws down its credit lines to fund its negative free cash flow over the next year.

However, I will offer an optimistic case where there is some value so as to not sound mean enough to slap a $0 price target on a publicly traded stock.

The company is slated to have revenue of $4.3 billion next year. If we assume an optimistic normalized operating margin of 5% (up from the current -47%), that would be $215 million of operating income. I will knock off the non-cash interest expense and assume that cash interest expense of $60 million a quarter (approximately 8% interest rate) can be brought down to $40 million a quarter (a 6% interest rate). The operating income of $215 million less interest expense of $160 million would result in pre-tax income of $55 million. Due to the company's accumulated deficit of $14.5 billion, it is safe to say that it will not pay taxes for a long time, if ever! So I will assume it has net income of $55 million or $0.07 per share. At a 14x multiple, that will result in a fair value of $1 per share.

The most valuable asset here may be the net operating losses (NOLs) of $14.5 billion that could shield $2.9 billion of income taxes at a 20% rate. However, there are significant restrictions on how an acquirer can use these. If it is worth one-third of the value to account for the restrictions, that is almost $1 billion of value or $1.27 per share.

I believe there is substantial downside from the current $7.50 share price and recommend that investors with a balanced portfolio short the stock. A lower risk alternative is to buy the $7 or $8 strike puts a few months out.

Risks Are High, But Manageable

If the company starts generating cash, it can enter a virtuous loop where it decreases its outstanding debt, is perceived as less risky, refinances its remaining debt at lower interest rates, and continues to repay its debt, thus lowering its interest expense substantially. Profits in this scenario would rise rapidly, and investors are likely to reward the company with a higher share price.

The short interest is moderately high (~8% of outstanding shares and 28% of float), so the chances of a short squeeze are not minimal.

The company could be acquired at a premium by another company, fueled by low-interest debt. I regard this possibility as low, unless it is a consortium of commercial landlords trying to preserve their leases.

Major shareholder SoftBank could decide to avoid the public embarrassment of one of its holdings going bust by buying the company and internalizing the losses away from public view. Or it could participate in an equity issue that allows the company to raise cash to fund its losses or repay debt.

Writing a short thesis on a stock on a public forum is an invitation for blowback from holders of the stock. I welcome respectful comments from eponymous readers. Please desist from hurling insults from behind a veil of anonymity. 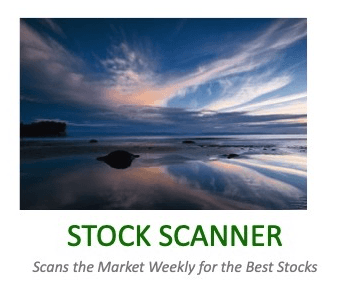 Disclosure: I/we have a beneficial short position in the shares of WE either through stock ownership, options, or other derivatives. I wrote this article myself, and it expresses my own opinions. I am not receiving compensation for it (other than from Seeking Alpha). I have no business relationship with any company whose stock is mentioned in this article.