When we last covered Vulcan Materials Company (NYSE:VMC), we told the bears to "Live Long, & Prosper."

Buying VMC at this point is the equivalent of having faith that 150 years of stock market history and valuation metrics are irrelevant. They can of course continue to look irrelevant for some time, but that does not change the final outcome. The company is sound and the US Concrete acquisition should help it get more muscle in Texas. But regardless of what happens in the very short term, at these prices we have to put a sell on it.

We did not exactly top-tick the price with our first sell rating on this one, but we were pretty close.

The stock has now dropped into its own bear market with a 19.92% decline and outpaced the general market on the downside. One other thing to notice in the picture above is that the stock is now down to a level that we had actually rated it at a neutral/hold, back in June 2021. Is it time for a change of tune? We look at the recent earnings and guidance from the company for direction.

VMC's earnings were down significantly compared to last year.

The culprit though was the large gain on sale of a property which was booked last year. Adjusted earnings of $0.73 a share came out 6% higher than last year's $0.69 a share. While that was good news, and the company also beat revenue numbers, there were some issues that propped up.

Some of it was due to the acquisition and integration of US Concrete, which had lower gross margins. But the drop is due to other factors beyond that as well. The company did aggressively raise prices, but operating costs moved faster. Diesel costs were particularly punitive and gross profit per ton was down to $4.58.

Looking forward, we think there are multiple headwinds facing VMC. The first and the most obvious one being the huge slowdown in housing and non-residential construction. Interest rate increases have put a dampener on the market and homebuilder confidence is far lower than what it was three months back. Costs are also rising relentlessly. In Q1-2022, VMC faced some of this, but Q2-2022 and beyond are likely to be more significant. On the diesel front, we would expect extreme pain. Labor costs have not been a huge factor so far for most companies, but with wages rising at a 6% plus clip, expect that to show up as well for VMC. Finally, VMC has taken its guidance down in light of the situation in Mexico.

VMC suspended the permit previously granted to its Mexican subsidiary and has launched proceedings that could result in revoking the permit.

Since receiving shutdown orders on May 5 to immediately halt underwater quarrying and extraction operations, VMC has shut down the operations of its SAC TUN unit in Quintana Roo, Mexico.

Wall Street has generally never seen a trend which they fail to extrapolate into infinity. Here, it is VMC's 20% plus earnings growth outlook.

They are doing this on the back of far more modest revenue growth.

In other words, VMC will expand its margins over the next three years. We see a very remote probability of that. More likely for us, is a rather sharp mean reversion as inflation bites and revenue growth disappoints.

Of course, if at any point we do hit an actual recession, you can expect VMC's margins to go really low. The problem here is that VMC is not remotely priced for it. It trades at 19X EV to EBITDA and that is not a multiple you should have high hopes for, if the growth does not come through.

If the growth disappoints, and we think it will, and margins go lower, and we think they will, 10X EV to EBITDA would cut the stock down by far more than 50%. That is because the EBITDA would be lower and the debt would stay constant. While we considered upgrading this to a neutral after the decline, the valuation remains uncomfortably high and headwinds remain too strong for our liking. We are maintaining a sell rating here and will revisit post 1-2 quarterly results. 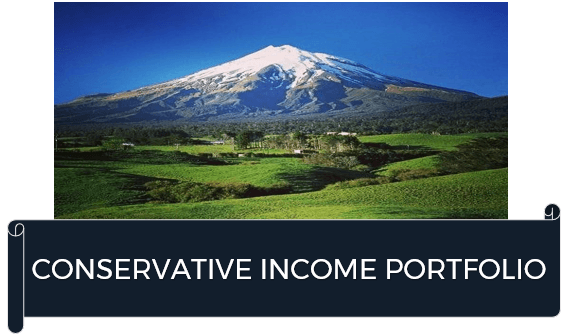