One Liberty Properties, Inc. (NYSE:OLP) is a well-diversified, small cap, net lease REIT. A third of the company's revenue stems from retail properties; however, most of those clients operate businesses that are ecommerce resistant. Furthermore, OLP is evolving into a REIT centered around industrial properties.

An oversized share of OLP's revenue comes from Haverty Furniture Companies, Inc. (NYSE:HVT). While engaged in my due diligence investigation of the REIT, I was pleasantly surprised by Haverty's investment profile.

Although this might sound alarm bells for some investors, digging a bit deeper, one finds an arguably positive cause for the trend: OLP is evolving into a REIT focused on industrial properties. Therefore, the cut in AFFO is largely due to opportunistic property dispositions.

This transformation away from retail began in 2016. From September of that year through the end of 2021, OLP sold 16 retail properties and added 27 industrial properties.

If you're a retail focused REIT, it's tough to wake up one day and say you're now going to focus on industrial. But because we've always been diversified, we can massage the product mix and invest in asset classes we feel are a better bet. For the past three to five years, the vast majority of our underwriting has been dedicated to industrial buildings. We think that long term, industrial is a good place to play.

2021 saw the company disposing of three retail and two restaurant properties, with those sales generating a net gain of $25.5 million. This year, the progression continues with the REIT selling four restaurants and acquiring two additional industrial properties.

It should also be noted that the 43% of revenue that comes from non-industrial properties is generally ecommerce resistant. Only 18.6% of revenues are from general retail. Nearly 7% comes from furniture stores, 3% from Office Supply, 5% from restaurants, 4.6% from L.A. Fitness, 3.1% from theaters, and 2.4% is classified as Other.

With 121 properties in 31 states, OLP is also geographically diversified.

A strong positive I see is that as of the end of 2021, management held a 23% stake in the REIT. This assures investors that the leadership of the company is closely aligned with shareholders' interests.

OLP has a current occupancy rate of 97.9%, with an average lease term remaining of 6.0 years.

The Negative Side Of OLP

While OLP is well-diversified geographically and in terms of the nature of its client mix, a large percentage of its revenue stems from 5 clients.

However, a highlight of 2021 was the company's leasing activity. OLP renewed 35 leases, including those signed by Haverty Furniture, the REIT's largest single tenant.

In June, the two firms extended the leases of ten of the eleven properties beyond their August 2022 scheduled expiration. Those contracts were four to nine years in length.

Three properties leased by L.A. Fitness provides 4.6% of rents while Northern Tool & Equipment and Narda Holdings both rent a single property that constitutes 4.3% and 4% of rental income respectively.

Therein lies a concern when investing in a REIT the size of OLP: the loss of income from even one property can result in a significant decrease in overall revenue.

Another negative lies in the company's dividend payout ratio. From 2019 through 2021, the AFFO payout has been between 91% and 95%, with last quarter's AFFO payout ratio being 92.3%.

That doesn't leave much room for error. On the other hand, with the exception of five quarters during the Great Recession, the company has increased or held the dividend steady since 1995. Unfortunately, this leads me to state that the dividend generally grows at a very slow rate. On average, the dividend payout only increased a hair above one percent over the last five years.

OLP also has a mediocre debt profile; however, all of its debt is in the form of non-recourse mortgages. Consequently, the loans are tied to the properties rather than the REIT's balance sheet. OLP can simply renege on a specific loan, a strategy practiced by other REITs.

Why I Wanna Have Some Haverty Furniture

While I was conducting my due diligence study for OLP, I stumbled across Haverty Furniture. As previously noted, Haverty is the largest client of OLP. The retailer has 120 showrooms in 16 states across the Southern and Midwestern regions of the US.

There is a lot to like about Haverty. The company increased sales per square foot at a CAGR of 7.8% over the last three years. During that same time frame, adjusted EPS grew at a CAGR of over 51%.

Haverty posted a record quarter in sales for Q1 2022, and management reports "a very strong backlog of undelivered orders." Haverty is also adding two stores in 2022, which will bring the total store count to 123 by year-end.

The company has zero debt and ended last quarter with $162.3 million in cash and cash equivalents.

With a 4.44% yield, a payout ratio a hair above 20%, and a five-year dividend growth rate of 16.50%, Haverty is the type of investment DGI types dream of. However, investors should know that it is common for Haverty to reward shareholders with large special dividends.

Haverty also has a fairly aggressive stock buyback program. Last quarter, the company purchased $12.5 million of common shares. That's a significant sum for a company with a market cap of approximately $421 million.

HVT has another $12.5 million remaining for its stock buyback program. When questioned by an analyst during the Q1 earnings call regarding when the remaining buybacks would occur, management's response was a bit ambiguous:

We'll have to wait and see, we definitely think that'll get us through the next quarter or two. We had initially indicated we would get through that by the end of the second quarter. Well, the world's changed a little bit, so it may be the second or third quarter at this point.

I will opine that this could be taken in one of three ways. Perhaps management wants to keep the cash to use in the event the company meets strong headwinds. I find that unlikely, considering the earnings call was largely upbeat.

A second consideration is that management believes the stock isn't trading at a discount. I think that doubtful, as the firm bought back a large number of shares in Q1.

My last interpretation is that management believes the market will drive the stock down well below the current share price. I see this as the most likely reason why the company may restrict share repurchases over the short term.

In fact, the current economic situation is arguably the greatest risk when considering an investment in Haverty.

Summing It All Up

Both of these companies have attractive yields. Obviously, the AFFO payout ratio for One Liberty Properties must be viewed with a bit of circumspection. Even so, the REIT's long history of dividend payments, the fact that the company continued to pay the full dividend in the midst of the COVID crisis, and insider's double-digit investment in the stock, are factors that should also be weighed.

Moreover, industrial properties are in high demand. Warehouse rental rates, driven in part by the moves to ecommerce, increased 15.2% annually in the US during the first quarter of 2022. Q1 was also the fourth consecutive quarter in which industrial vacancies recorded a new record low.

We are having to educate these tenants pretty quickly that the days of going out and touring 10 options, taking your time to shortlist those options, whittling them down to your favorite choice and negotiating back and forth are gone.

This bodes well for OLP's long-term prospects, as it continues to morph into an industrial-centered REIT.

With Haverty, one might pause when considering an investment in a furniture retailer. Many believe a recession is on the horizon, and inflation is emptying consumers' wallets, leaving less to spend outside of necessities. Count me as one who believes the market will continue lower, longer.

However, my answer to those concerns is that none of us know where the market is headed. While my overall instincts are fairly good, the market has fooled me more than once. I'll include this observation. Warren Buffett has been adding quite a few stocks to his portfolio over the last few months.

During times like these, my strategy is to limit the size of my new buys, but I invest, nonetheless. In the long term, a quality company purchased at these levels will do well. Meanwhile, in the case of OLP and HVT, I can collect the dividends and funnel those funds into additional investments.

Both stocks are trading at attractive valuations. OLP has a forward P/AFFO of 12.43x. HVT has a five-year PEG ratio of 0.69X.

I rate OLP and HVT as BUYs.

When the market opens on Tuesday, I will initiate positions in both companies.

If you want full access to our Model Portfolio and all our current Top Picks, feel free to join us for a 2-week free trial at High Dividend Opportunities.

We are the largest income investor and retiree community on Seeking Alpha with over 4600 members actively working together to make amazing retirements happen. With over 40 individual picks yielding +7%, you can supercharge your retirement portfolio right away.

We currently are holding a limited-time sale with 10% off your first year! 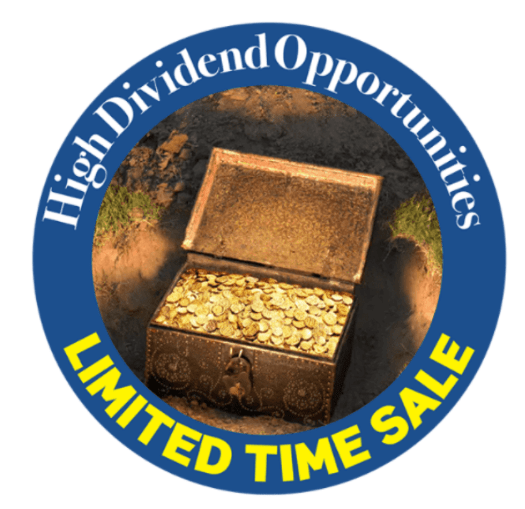 As of 07/01/2022 I am rated among the top 1% of authors in terms of overall results. This is according to TipRanks, which provides a 64% success rate and an average 18.6% annual return for my articles. (I update this score on at least a quarterly basis for readers.)

My primary focus is dividend bearing stocks; however, I also invest in some high growth names to boost my total return.

I am a value / buy and hold investor.   Since I require a discount in the share valuations of my investments, my  ratings are generally very conservative.  My valuation requirements, combined with the high quality companies that I often highlight, mean many stocks I rate as a hold  perform well over the long term.   Readers should consider this when weighing my buy/hold/sell recommendations.  I seek a degree of safety in my investments by focusing on companies with competitive advantages and reasonable to strong balance sheets.

I am a retail investor, with no formal training in investing.

I am a graduate of the U.S Army Ranger school and a former member of the 1st Ranger Battalion and The Old Guard (U.S Army Honor Guard.) I am a retired law enforcement officer. I have approximately 20 years experience as a retail investor.

Best of luck in your investments, Chuck

Disclosure: I/we have a beneficial long position in the shares of FDX either through stock ownership, options, or other derivatives. I wrote this article myself, and it expresses my own opinions. I am not receiving compensation for it (other than from Seeking Alpha). I have no business relationship with any company whose stock is mentioned in this article.

Additional disclosure: I have no formal training in investing. All articles are my personal perspective on a given prospective investment and should not be considered as investment advice. Due diligence should be exercised and readers should engage in additional research and analysis before making their own investment decision. All relevant risks are not covered in this article. Although I endeavor to provide accurate data, there is a possibility that I inadvertently relay inaccurate or outdated information. Readers should consider their own unique investment profile and consider seeking advice from an investment professional before making an investment decision.