Cannabis stocks are soaring and for good reason - there suddenly is reason to believe in federal reform in the near term. President Biden has stated intentions to pardon federal convictions related to possession of cannabis as well as efforts to perform a cannabis rescheduling review.

Green Thumb Industries Inc.'s (OTCQX:GTBIF) latest earnings results showed why the company is often considered best-in-class. The U.S. cannabis multi-state operator ("MSO") was profitable in spite of decelerating growth. The U.S. cannabis sector is facing headwinds as pricing pressures are being compounded with ongoing regulatory delays. GTBIF continues to perform strongly in New Jersey, but still has an eye on future legalizations at the state level.

While GTBIF trades at some premium to peers, I still can see the argument for owning the stock of a best of breed cannabis operator led by a management team with a history of strong execution:

“The transition to adult use in key markets presents massive growth potential. We have had the opportunity to watch that movie in real time this quarter in New Jersey, with Rhode Island and Connecticut coming later this year, two markets where Green Thumb is well-positioned to serve the pent-up demand.” (Q2 2022 earnings call.)

After peaking close to $40 per share in early 2021, GTBIF has crumbled around 70% to its present-day levels. Note: the stock traded 30% higher today, which is not yet reflected in many stock charts.

I last covered GTBIF in July, when I discussed how potential legalization would impact the stock. Amidst a crash in tech stocks, one can be mistaken for thinking that GTBIF is just an example of a burst bubble - I instead have the view that this stock was cheap at the peak and is unreasonably cheap at present prices.

On Thursday afternoon, President Biden announced that he was pardoning all prior federal offenses of cannabis possession.

He also called upon state governors to pardon local offenses.

These moves. in themselves. do not legalize cannabis. However, they could have big implications for what comes next. Our senators in Washington have been quarreling over the SAFE Banking bill - many Democratic senators had previously opposed trying to pass this bill due to wanting more social equity clauses. This had frustrated many cannabis investors, who had hoped that the Democratic majority would be enough to pass cannabis reform but were disappointed that it would be Democratic senators that stood in the way of that. But with President Biden's latest announcements, the social equity requirement may have been fulfilled in the eyes of these senators. The stars may be aligning for the passage of SAFE Banking.

What is SAFE Banking? Cannabis operators - even those operating legally - currently struggle with access to the capital markets or even traditional banking (like holding cash) due to the fact that cannabis is illegal on the federal level. This has made the business of cannabis dangerous because of the increased handling of cash. SAFE Banking would protect financial institutions and effectively enable them to work with cannabis operators without fear of prosecution. This could help lower operating expenses (lesser need to hire security trucks) as well as decrease cost of capital.

It is unlikely for SAFE Banking in itself to enable U.S. operators to up-list to major exchanges, but these incremental steps are crucial in making progress toward full legalization. Today, I discuss the top operator in the sector, Green Thumb Industries.

GTBIF generated $24.4 million of GAAP net income - its 8th consecutive quarter of positive GAAP net income. Recall that profitability is difficult for U.S. cannabis operators because they are unable to deduct operating expenses (like interest expenses, rent, corporate costs) from taxable income, leading to unusually high corporate tax rates. Adjusting for $5.6 million of non-cash “other income,” net income was $18.8 million. I note that the company recorded $38.3 million in income taxes. The fact that GTBIF can generate profits in spite of the difficult regulatory environment is clear testimony to the top-tier execution at play here.

Gross margins declined 120 basis points sequentially to 49.5%, but that was mainly due to an accounting decision to allocate a portion of SG&A expenses into the cost of goods sold. MSOs across the sector have been utilizing such strategies in order to reduce their tax burden, as they essentially are paying tax rates based on gross profits.

The company experienced pricing headwinds in Maryland, Nevada, Massachusetts, and Pennsylvania, but these were offset by strong performance in the newly online adult-use market of New Jersey.

The company ended the quarter with $145.3 million of cash versus $253.4 million of debt - reflecting one of the stronger balance sheets in the sector.

On the conference call, GTBIF noted that New York has seen regulatory delays and confusion that has led the company to temper their near-term expectations for the state.

In Illinois, one of the company’s core markets, the state has finally begun awarding social equity licenses which should lead to new store openings later this year. That may be bullish for large operators like GTBIF because they would be able to sell into a larger wholesale market.

Is GTBIF Stock A Buy, Sell, Or Hold?

GTBIF remains one of the most consistent operators, striking a delicate balance between profitability, growth, and balance sheet strength. The stock is trading at around 9x 2023e adjusted EBITDA, a woefully cheap multiple for one of the leaders in a secular growth industry. For comparison, alcohol companies like Constellation Brands (STZ) and Boston Beer (SAM) trade at around 16x-18x EBITDA in spite of much more modest growth outlooks. I view stock price valuations as being held back by both the presence of 280e taxes as well as inability for institutional capital to flow into the sector.

This explains why U.S. cannabis stocks tend to move sharply when there is news about potential regulatory reform (such as today), but it does not necessarily explain how valuations have come this low. While some cannabis investors may be hopeful for quick regulatory reform, I have the view that the current regulatory environment is one which favors larger operators like GTBIF. All cannabis operators face issues with high tax rates, high banking costs, and high costs of capital. The larger operators are able to deal with these obstacles much easier than the smaller operators - ironically, the lack of regulatory reform may help sustain the competitiveness of MSOs like GTBIF.

There are many risks here. Cannabis remains federally illegal and it is possible (albeit unlikely) for the federal government to suddenly crack down on state-level legalization. GTBIF has sustained strong profit margins due to operating in limited license states - these states may later decide to switch to an unlimited license model which would negatively impact prices. If the U.S. government decides to fully legalize cannabis, then interstate commerce may make many of GTBIF’s cultivation facilities redundant. Due to the high tax rates and high costs of capital, cannabis stocks are highly exposed to market downturns. Cannabis remains one of the more attractive secular growth stories in the market today - while I continue to favor cheaper peers, I still rate GTBIF a strong buy.

The Generational Opportunity In Cannabis Stocks

For more coverage on cannabis stocks including my top picks, consider a subscription to Cannabis Growth Portfolio. Subscribers get access to the model portfolio, cannabis sector research dashboards, real-time updates, and more. 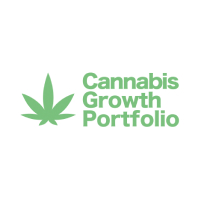 Disclosure: I/we have a beneficial long position in the shares of GTBIF either through stock ownership, options, or other derivatives. I wrote this article myself, and it expresses my own opinions. I am not receiving compensation for it (other than from Seeking Alpha). I have no business relationship with any company whose stock is mentioned in this article.

Additional disclosure: I am long all positions of the Cannabis Growth Portfolio.