For years, market participants and pundits wondered when, if ever, value stocks would make a comeback over and against growth stocks.

That time has come.

Unfortunately, this comeback doesn't mean that value stocks are performing well on an absolute basis, just that they are outperforming growth stocks. See, for instance, the year-to-date price performance differential between the Vanguard Value ETF (VTV) and the Vanguard Growth ETF (VUG):

Just as growth stocks generally have sold off more heavily this year, so also have many growth REITs. This creates rare buying opportunities wherein normally expensive blue-chip REITs have become ultra-cheap compared to their historical valuations. In the past, these industry-leading landlords have rebounded the strongest and fastest coming out of market downturns.

Today, we are adding more capital to two such high-quality, industry-leading REITs that have suffered huge drawdowns this year and now present rare value propositions.

EGP is an industrial REIT that specializes in multi-tenant urban industrial complexes in Sunbelt states like Texas, Florida, and Arizona. Around half of its properties were developed in-house.

These hand-picked markets are some of the fastest growing in the nation, with both high rent growth and high barriers to entry.

What's more, even while many sectors of commercial real estate are slowing down in the second half of 2022, industrial remains red hot. Here's some information from the National Association of Realtors showing industrial's strength continued into the third quarter of this year:

The 12-month rent growth numbers for retail at the bottom are 2.7% in Q3 2021 and 4.4% in Q3 2022. Though retail is also performing well, the standout is clearly industrial. This bodes well for the continued strong performance of EGP in the back half of this year and into 2023.

Occupancy of 99%, combined with cash NOI growth of nearly 10%, shows how high demand for EGP's space continues to be. Moreover, a few of its peers have already released Q3 results and they were exceptionally strong.

And yet, despite very low debt (19% of total capitalization), EGP has dropped back down near its COVID-19 lows, despite being a clear beneficiary of the pandemic!

This may not seem that cheap, considering EGP traded at a lower multiple to operating cash flow at times in 2018. But if you weigh valuation against growth rate, EGP hasn't been this cheap anytime in recent years, because growth right now is much hotter than it was in 2018. Its rents remain deeply below market, and as leases expire, rents are bumped by 20-30% EGP also owns a large land bank for new development projects that enjoy a high 6-7% yield.

We see fair value for EGP as being around 28x FFO (funds from operations), while the stock currently trades at slightly under 20x FFO, giving it ~40% upside. In the meantime, EGP offers a 3.6% dividend yield and 13-14% annual dividend growth. We are also bullish on peers like Prologis (PLD), but overall, EGP offers the best risk-to-reward at this time in our opinion.

CCI is a telecommunications infrastructure REIT that owns and operates 40,000 cell towers, 115,000 small cell nodes, and 85,000 route miles of fiber across the United States.

Since U.S. mobile carriers are still in the early stages of rolling out 5G technology across the country, there is likely still a long runway of attractive growth ahead for the likes of CCI.

That said, the REIT is selling off right now because of some temporary and relatively minor headwinds, which are leading to a reduced growth rate for the next few years.

This year, revenue growth should come in at 10% while AFFO per share grows at 6%, but next year those metrics are expected to slide to 4% and 4%, respectively.

One major reason for CCI's slower growth rate next year is the expected rightsizing of Sprint's tower network after its acquisition by T-Mobile (TMUS). This is obviously a one-time event and probably won't be repeated, because the wireless telecommunications industry is effectively an oligopoly between Verizon (VZ), AT&T (T), and T-Mobile. Further consolidation would likely be blocked by antitrust regulators.

The market also did not seem to like CCI's recent dividend bump of only 6.5%, as it is below the long-term target range of 7-8% annually. Worse yet, on the Q3 conference call, CEO Jay Brown mentioned that, because Sprint's tower rationalization isn't expected to conclude until 2025, the REIT expects its dividend growth to be below its target range in 2024 and 2025 as well.

However, since instituting their dividend growth target in 2017, CCI has grown the dividend at a CAGR of 9%. The REIT can endure a few slower years of growth and still hit its long-term average growth target.

In the context of our 6.5% dividend per share growth this year, it is remarkable to consider that the underlying strength of our business can absorb the significant headwinds of interest expense increases and Sprint cancellations in the near term without disrupting the long-term growth of the business.

The CEO also mentioned that, in spite of a short-term headwind from the cutbacks of a major customer, the long-term demand outlook for its infrastructure assets remains strong:

Looking back over the last several decades in the wireless industry, we have experienced periods of network rationalization by our customers, following consolidation events. In each of those instances, we saw increased demand for our assets over times, as our customers reinvested the synergies gained from those combinations back into their networks to further improve their competitive positions, and keep pace with wireless data growth. I expect we'll see a similar dynamic play out this time around.

... I believe we are still in the early stages of 5G development, providing a long runway of growth and demand for our comprehensive communications infrastructure, offering [access to] towers, small cells, and fiber.

Despite only a small setback and temporary reduction in dividend growth (not a dividend cut), CCI is selling off as if its growth prospects are dead. In fact, CCI now offers the highest dividend yield ever in its history as a REIT:

Contrary to what the market selloff would imply, CCI remains fundamentally strong and recession resistant. Its investment-grade balance sheet is solid, with a net debt to EBITDA ratio of 4.9x, 85% fixed-rate debt, and a weighted average debt maturity of 9 years.

We are happy to take advantage of the market's overreaction and buy more of this blue-chip REIT with a long growth runway. As its growth rate picks up in the coming years, we expect its FFO multiple to expand its dividend yield to compress closer to that of growth REITs, unlocking 50%+ upside from here.

Growth stocks have taken a beating so far this year, and the two REITs discussed above have been part of that:

We think that both of these names should be significantly outperforming the average rather than performing worse than it. That is because they boast higher quality portfolios, management teams, and balance sheets than the average REIT. They also keep growing at a good pace, especially EGP, and weren't particularly expensive even prior to the sell-off.

We are taking advantage of seller panic and buying up more shares in these blue-chip REITs. We believe we will be richly rewarded in the long run because of it in the coming years.

High Yield Landlord recently broke the 2500-member mark! Our prices will increase soon but all members who sign up now are grandfathered for life at today's discounted rate! 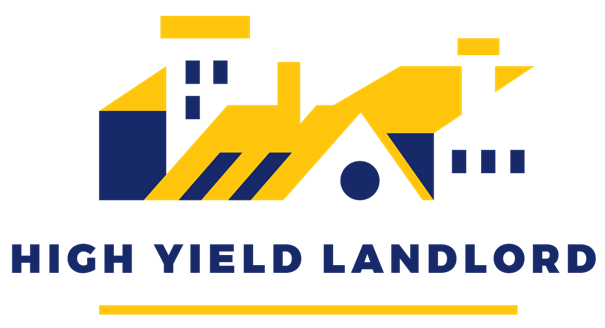 If you are still sitting on the sidelines… now is your time to act. Start your 2-week free trial TODAY and lock in this discounted rate before we hike it!

We have over 500 five-star reviews from members who are already profiting from our 8% yielding portfolio.

Disclosure: I/we have a beneficial long position in the shares of CCI; EGP either through stock ownership, options, or other derivatives. I wrote this article myself, and it expresses my own opinions. I am not receiving compensation for it (other than from Seeking Alpha). I have no business relationship with any company whose stock is mentioned in this article.