With the rapid rise in interest rates (excluding the recent reversal), there is more interest (bad pun) in whether REITs are positioned to withstand higher short-term rates. The question is particularly important for short-term earnings growth rates (Core FFO and/or AFFO). We brought this question to the apartment REIT sector recently.

In preparation for providing updates on several apartment REITs, I wanted to compare how much of a headwind we should see in Core FFO and AFFO next year for apartment REITs.

The answer is: “probably not enough to justify preparing the model”.

Regardless, it is a sunk cost now and the model should still be useful for other types of equity REITs. It will be most relevant for those with more floating-rate debt or near-term maturities on fixed-rate debt.

We pulled all the major debt statistics on each of the big six apartment REITs:

We established the amount of fixed-rate debt maturity for each year and the total amount of floating-rate debt. Since debt exposure is not dramatically different across these 6 REITs, we used the following assumption:

Given that the 5-year Treasury is 3.985% today and these REITs can usually borrow money at a spread smaller than 1.5% over Treasury rates, most likely the actual numbers will turn out a bit better for the REITs.

Since rates rose dramatically in 2022 and the majority of the exposure comes from variable rate debt, the headwind is largest for 2023. However, none of the REITs were facing a headwind as large as 3%:

I focused on evaluating positions as of the end of Q3 2022. If the REIT refinanced a large portion of very cheap debt into more expensive debt during the quarter, part of that impact would be missed. If the debt that was refinanced was already around 4% to 5%, then it would be a minimal headwind as the rate would barely have increased. Some REITs actually refinanced expiring fixed-rate debts into cheaper fixed-rate debts during the year.

I would expect the net impact of controlling for those factors would be pretty small, so it doesn’t rank as a high priority today.

The impact of higher interest expense on the 6 apartment REITs we cover is minimal. The impact for 2023 is pretty small and the projected impact thereafter is even smaller.

The answer to our headline question is a resounding "Yes".

Consequently, investors shouldn’t be remotely concerned about interest rates impacting dividend coverage. The biggest risk factor here is simply the impact to the economy from higher rates and the price impact as some investors favor bonds while the yields are closer. Some investors only see the dividend yield today without seeing the growth rate. We like the long-term growth in AFFO per share (which drives dividends), so we remain very interested in building our equity REIT positions.

For instance, our shares of ESS are paying a dividend yield of about 4%. However, they’ve also grown that dividend per share for more than 25 consecutive years. That includes growing dividends during the Great Financial Crisis. At that point, dividend coverage became dramatically weaker. However, the coverage today is excellent, which should make it easy for dividends to continue growing at a respectable rate.

Outlook: We are bullish on 6 all of the apartment REITs. Exact price targets are not included in the public article, but all 6 are bullish.

Technical factors in this sector remain terrible as 5 of the 6 recorded their lowest close of the last 52 weeks on 11/09/2022. Further, growth in AFFO will be falling significantly (from absurdly high values, which we warned investors about a year ago).

However, the REITs trade at unusually low multiples of AFFO per share. Even adjusting for higher Treasury rates, we find the valuation compelling. Further, throughout the sector the price-to-consensus-NAV (net asset value) ranges from .71 to .82. I expect those NAV estimates will still be reduced slightly further, but it's rare to see discounts of this magnitude in the apartment REITs.

Investors buying into the sector should be focused on the underlying quality of the cashflows as we still expect to see some headlines about the plunging growth in rental rates. As we said a year earlier, you can't compound rental rate increases at double-digit rates. Rental growth rates were in the mid-teens. Obviously, that could not last. Now the market is in the process of overreacting to something that was painfully obvious. 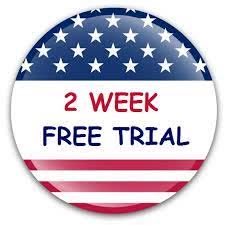 Colorado Wealth Management Fund
57.53K Followers
Author of The REIT Forum
The #1 REIT Service For Those Targeting Strong Total Returns
You want to be on The REIT Forum because it is the #1 REIT research service on Seeking Alpha measured by returns. Period. See our Tipranks page. How did we get there? We did a better job of managing risk and discovering opportunities. We didn’t jump into trashy high-yield equity REITs with the rest of the crowd. We cover securities for trading and securities for the buy-and-hold investor. We are clear about the difference and that enabled us to perform better since inception and better in 2020.

Disclosure: I/we have a beneficial long position in the shares of AVB, ESS either through stock ownership, options, or other derivatives. I wrote this article myself, and it expresses my own opinions. I am not receiving compensation for it (other than from Seeking Alpha). I have no business relationship with any company whose stock is mentioned in this article.