Shares of Boeing (NYSE:BA) have sharply risen over the past month partially driven by upbeat expectations for cash flow by 2025-2026. It shows the longer-term focus of aerospace companies and should serve as a reminder that was is baked into today's share prices is not just current performance but also expected future performance. There obviously is a risk that expectations do not materialize and therefore, it is also important to keep track of how things are going now in the form of deliveries and how they might develop as indicated by orders. In this report, I do just that by analyzing the orders, deliveries and other backlog mutations for October.

While Boeing is not quite meeting expectations for single-aisle deliveries, I remain upbeat about their recovery trajectory. Most importantly, that is driven by the return of the Boeing 787 in the delivery mix, which is priced roughly three times higher than a single-aisle jet.

For this report, I will be using the evoX order and delivery monitor developed by The Aerospace Forum. For those who have been following the monthly order and delivery reports that I write for Airbus and Boeing, you might notice that this monitor looks completely different. The evoX platform introduces a completely new look for interactive monitors, but it does not stop there. We consolidated various monitors and pages into one, making more data accessible with a single tool and from the same data we present more information to you. So, we are better leveraging the hundreds of thousands of datapoints we got, which allows us to better highlight the data-driven approach of the analysis.

Just like before, using these tools, we are able to analyze orders and deliveries and see where manufacturers are falling short, meeting or exceeding expectations.

During the month, the following changes were made to the order book:

September was another good month for Boeing showing continued demand for the Boeing 737 MAX with anticipated orders being firmed and we are also seeing that with the Boeing 787 deliveries restarted, the order flow is also picking up again.

In September, Boeing logged 122 gross valued $7.9 billion with no cancellations marked. A year ago, the U.S. jet maker booked 10 orders and 3 cancellations, bringing its net orders to 7 units with a net order value of $0.36 billion. So, we see that net order inflow increased significantly.

Boeing also updated its ASC606 adjustments tally, which is a tally in which Boeing lumps orders that have a purchase agreement but also several other check boxes that need to be ticked in order to count the aircraft orders to the backlog or not. During the month, we saw the tally increase remain even as three aircraft 737 MAX were added and three Dreamliners were removed from the tally.

If all ASC 606 adjustments result in cancellations, which definitely is not the case, Boeing would have to scratch an additional 882 aircraft from its books but as credit ratings for airlines improve the number of aircraft accounted for in the ASC 606 tally might come down without the order being cancelled.

In October, Boeing delivered 35 jets compared to 51 in the previous month. The jet maker delivered 37 single-aisle jets and 14 wide-body aircraft with a combined value of $3.9 billion:

As noted last month, the September surge in deliveries was driven by the month marking the end of the quarter in which Boeing wants to push out some final deliveries to customers to get them in the books for the quarter, leaving the company with a lower base of aircraft to deliver in the subsequent month. So the sequential decrease in deliveries was expected and shows that Boeing has a lot of work ahead to get to a sustainable production and delivery rate. With six Dreamliner deliveries, we see an appreciable delivery rate with an inventory burn off that is somewhat soften than earlier indicated.

The book-to-bill ratio for the month was 3.5 on unit basis and 2.7 on dollar value basis. For the first ten months of the year, the gross book-to-bill is 1.8 in terms of units and 1.9 in terms of value, while the cancellation rate is 17% and 2.3% when measured against the backlog. The book-to-bill ratio for the year is looking extremely strong. This is driven by strong order inflow, but also by the underwhelming delivery numbers due to supply chain issues. So, book-to-bill ratios higher than one do show balance or oversold positions in general, but in this case, they also reflect the big challenges when it comes to hiking production.

Conclusion: Boeing Delivers, So Does Its Stock But Stability Still An Issue

Boeing's order inflow was strong during the month and it does not come as a surprise given the continued demand for air travel and aircraft. With the Boeing 737 MAX and Boeing 787 being back in service now, those programs can also carry the order books.

However, orders are not the problem now. Boeing is delivering aircraft but not yet at the rate that is satisfying. At this point, I would like to see rates of 31 aircraft per month for the MAX from the production line and another 10 to 15 from the inventory and that is simply not happening. Nevertheless, the inventories are unwinding for Boeing's key programs and that should help the company in getting a strong liquidity position which reduces its net debt or can even be used to reduce the gross debt. Shares of Boeing have significantly outperformed the market recently and I believe that as stronger cash flows become better visible there is opportunity for Boeing to deleverage and become more attractive for investment.

If you want full access to all our reports, data and investing ideas, join The Aerospace Forum for the #1 aerospace, defense and airline investment research service on Seeking Alpha, with access to evoX Data Analytics, our in-house developed data analytics platform. 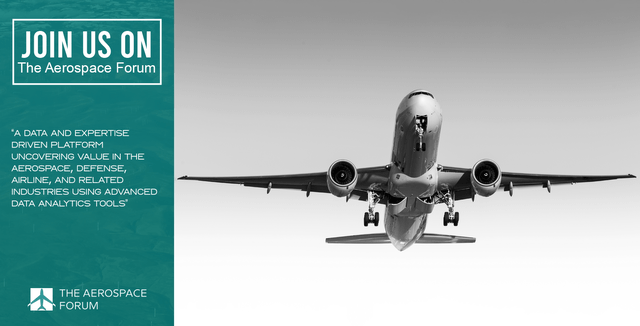 Disclosure: I/we have a beneficial long position in the shares of BA, EADSF either through stock ownership, options, or other derivatives. I wrote this article myself, and it expresses my own opinions. I am not receiving compensation for it (other than from Seeking Alpha). I have no business relationship with any company whose stock is mentioned in this article.