Homebuilders tend to look cheap for a good part of the cycle. It's easy to get impressed with low P/E ratios and think that you have discovered a 10-bagger in the early innings. Nothing could be further from the truth. For the most part, investors have learned some lessons in this area in 2022, but there are still some big downside moves left for this sector. We look at one that we think can drop 50% from here.

DHI is the largest homebuilder by market capitalization as well as by sales.

Founded in 1978 in Fort Worth, Texas, DHI has operations in 106 markets in 33 states across the country.

The company has been a great consolidator in the industry and has gobbled up smaller players over time. A great way to visualize this consolidation is to look at how DHI's home sales as a percentage of total US single family home sales has moved higher over the years.

The company is built for all housing market environments with pricing points for the entry buyer as well as for the one that wants a little extra.

We look at the recently released results next.

DHI has its fiscal year end in September. For the year ended September 2022, DHI reported extremely strong earnings of $16.51 per share, an almost 50% increase over the previous year.

Earnings have quadrupled from 2018 and the stock trades at about 5 times trailing earnings. The company also bought back substantial stock over the last 12 months.

On paper, this appears the perfect story with a happy ending, but here's where the cyclicality comes in.

Our contention here is that DHI's results look fantastic because they have come at the tail end of a massive, massive bubble in housing. We will show this through a few different metrics and then focus on how conditions for a reversal, not just to the mean, but well below the mean, are in place. The first is the operating margin.

DHI historically produced an operating margin between 7% and 13%. As the Federal Reserve launched the greatest experiment in suppressing interest rates during COVID-19, while fiscal stimulus was running at maximum, operating margins went vertical.

To be fair it was not just DHI which got this unexpected bonus. Shown below, you can see that Lennar Corp (LEN), KB Home (KBH) Hovnanian Enterprises Inc. (HOV) and PulteGroup Inc. (PHM), all have benefitted from this largesse.

Other metrics like return on assets and return on equity have both ballooned to 2005 bubble peak levels.

As the Federal Reserve went full reverse in 2022, things have started to break for the homebuilding segment. The median housing payment required to buy a house is worse than at the US housing peak in 2006.

This has been a spectacular reversal off the 28.6% seen at the end of 2020. Equally disturbing is the fact the cost of owning a home is extremely expensive relative to the cost of renting. This figure exceeds the 2005 peak as well. While this chart is not adjusted for inflation ($850 today is not as bad as $625 in 2006), it will still act as a lead balloon for the housing market.

Due to big lag effects, we're likely to see full impacts of this within three quarters. On a real time basis we're already seeing homebuilder sentiment down in the tubes, but housing starts have still remained relatively robust. They should follow shortly.

Changes in the 30-year fixed mortgage also show a nine-month lead and they're pointing to a cliff ahead.

Pending home sales are now down 36.7% and that exceeds the COVID-19 low.

Consensus analysts forecast is for only a 13% revenue decline, with growth coming back in 2024.

We strongly disagree with this outlook and think even $20 billion seems far fetched. On the back of those numbers, expectations are for relatively solid earnings.

We disagree with these numbers even more. Cancellation rates are picking up for homebuilders and margins should at least hit the 2014-2019 average level.

We believe that earnings are likely to look similar to what we saw in the 2019 period.

Desperation is palpable as homebuilders are providing incentives to close for sales right at the finish line.

With these headwinds in place, we think DHI can move to well under tangible book value and we would look at minimum of 0.8X here.

DHI has benefited from being the safety trade and holds the highest multiple in the sector.

Hence we think it's likely to crater even more sharply when investors realize that is not at all immune from what's coming.

There's nothing to get excited about book value either as book value is about $20 billion in total and total inventories on the balance sheet are at $21.66 billion.

Good luck moving that over the next 12 months. We rate the shares a sell and think we will see at least 40%-50% lower over the next year.

Conservative Income Portfolio targets the best value stocks with the highest margins of safety. The volatility of these investments is further lowered using the best priced options. Our Covered Call Portfolio is designed to reduce volatility while generating 7-9% yields. We focus on being the house and take the opposite side of the gambler. 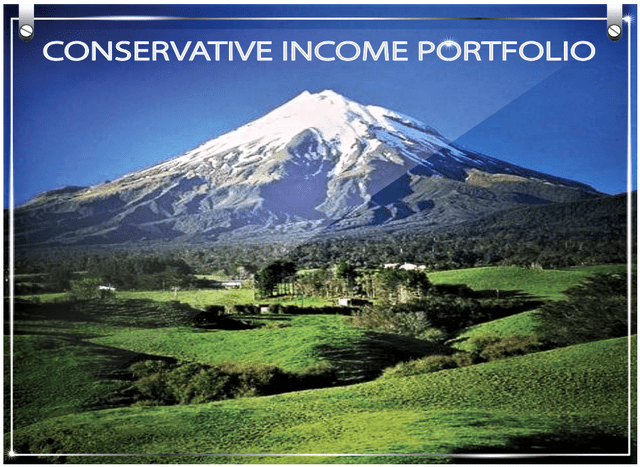