Simplification is a key to success, and that applies to investments and the business rule. As a rule of thumb, if you can't explain the business model to a sixth grader (or whichever lower grade you choose), then it's probably not worth investing in.

This brings me to U.S. Bancorp (NYSE:USB), which doesn't have the complexities of its much larger peers, JPMorgan Chase (JPM) and Bank of America (BAC), which have large securities trading operations. USB continues to trade rather cheaply, sitting far closer to its 52-week low of $38 than its high of $63 achieved earlier this year. This article highlights why value and income investors ought to give USB a look, so let's get started.

U.S. Bancorp is one of America's largest regional banks, with nearly $600 billion in assets. It has branch locations in over 20 states, primarily in the Midwest and West regions of the U.S. Its diversified offerings include retail banking, commercial banking, wealth management, credit cards, and mortgages.

Notably, USB recently gained more exposure to the valuable California market via its acquisition of Union Bank, adding one million customers and nearly 200K small business relationships. Management expects to realize $900 million in annual cost synergies as a result of this merger.

Meanwhile, USB continues to perform well in the current environment, generating an attractive return on common equity of 16.2% during the third quarter, excluding merger and integration related charges. It's also benefiting from higher interest rates, as net interest income increased 21% YoY. Notably, the USB is seeing strong demand as total loans grew by 14% over the prior year period and 4% sequentially, and net charge-offs remain low, at just 0.19%, compared to 0.20% in the prior year period.

Also encouraging, USB is also benefitting from increased operating leverage, as it had an efficiency ratio of 57.5% in the latest quarter, marking a 90 basis point improvement over the same time last year. This is likely due in part to higher interest rates. For reference, a bank's efficiency ratio is calculated by its operating expenses divided by total income, so the lower this metric the better.

Looking forward, potential headwinds to USB include the slowdown in the housing market, which will reduce demand for mortgages. This could be offset by higher interest rates charged on new mortgages, business loans, and credit card balances. Nonetheless, US household debt levels are currently elevated, and it remains to be seen what the near to medium term impact of higher interests will have on the broader economy as we head into 2023.

However, USB derives meaningful income from diversified business lines, including Corporate Trust and Fund Services, and is growing its payment services arm, both of which are well positioned, as noted by management this week at the Goldman Sachs (GS) Financial Service Conference:

What is a little bit unique about our company is the fact that we have a very large share of our revenue stream coming from payments of 28%, which is critically important in this environment, and that's the Elavon merchant process, card-issuing corporate payments. We also have a large component coming from a couple of unique businesses, Corporate Trust and Fund Services, which is important because of the diversification it offers. So about half of our revenue derives from the balance sheet, about half of these, and they have different cycles and react differently to different economic impacts, which is helpful from a diversification standpoint.

Meanwhile, USB remains well capitalized to help it withstand potential for economic adversity, with a common equity tier 1 capital ratio of 9.7%, which is the same as the prior quarter, and lower by 50 basis points from the same period last year. This sits well above the 6% regulatory requirement CET1, and is reflected by USB's A+ credit rating from S&P.

Notably, USB currently has a respectable 4.4% forward yield, which is well covered by a 44% payout ratio. It also has 11 years of consecutive dividend growth and a high 5-year dividend CAGR of 10%. As shown below, USB's dividend yield is currently at one of its highest points over the past decade.

Turning to valuation, USB appears to be rather cheap at the current price of $43.56 with a forward PE of 10, sitting well below its normal PE of 13.6. Analysts estimate robust 8 to 15% annual EPS growth over the next 2 years, and seem to agree that the shares are undervalued. They have a consensus Buy rating with an average price target of $52.28, implying a 24% potential total return including dividends.

USB is delivering strong performance and has an attractive dividend yield of 4.4% that's well covered by a reasonably low payout ratio. Its well diversified revenue stream, as well as its focus on digital banking initiatives such as payments, should help it continue to benefit from the current macroeconomic environment.

It remains well capitalized with an A+ credit rating, and appears to be undervalued based on its forward P/E of 10. All in all, USB is a solid choice for investors seeking a respectable dividend combined with strong capital appreciation potential. 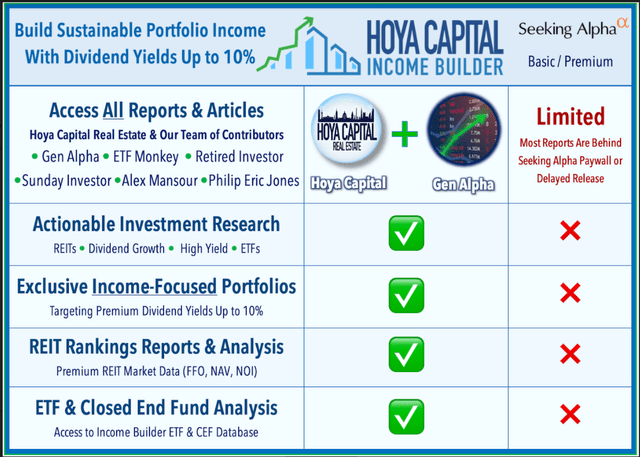