This article was originally published on Dividend Kings on Tuesday, January 17th, 2023.

Recession is likely coming in 2023. How can we tell?

The economic data, except for the jobs market, is rolling over hard. For example, the Empire State Index, which is a monthly survey of manufacturers in New York State, was expected to be -7.2 for January. It just came in at -32.9.

The overall economic picture, as measured by 18 economic indicators, including nine leading indicators, points to a likely economic contraction within two to four months.

What about the strong job market? While it's true that if we can avoid negative jobs reports and wages keep growing we are likely to avoid recession, jobs are a lagging indicator.

In the late 70s, we had eight months of positive job growth during the recession.

The good news is that the coming recession is likely to be mild. The better news is that even if it ends up being severe, there are plenty of safe high-yield blue-chips that you can buy today and sleep-well-at-night no matter what is coming next.

Let me show you why 4% yielding Royal Bank of Canada (NYSE:RY) is the ultimate high-yield Ultra SWAN (Sleep-well-at-night) bank for this recession.

In fact, it's the safest bank in the world according to rating agencies and has a 4% yield retirees can trust, barring anything short of the apocalypse.

Reason One: Royal Bank of Canada Is The Safest Private Bank On Earth

Each year Global Finance Magazine puts together a list of the world's safest banks based on the combined credit ratings of S&P, Fitch, and Moody's.

Those credit ratings, while obviously not perfect (see the AAA-rated toxic mortgage fiasco during the GFC), are based on over 100 years of bond default data.

RY scores #11 among the world's safest banks but #1 among private banks. The top 10 are government-owned banks you can't invest in.

Another way to think of that is the rating agencies think it will take about 7,140 years for RY to realistically go to zero.

Or, to put it another way, the world's best risk rating agencies think RY will survive for millennia and outlive not just us but our great, great, great (353 more greats) grandchildren.

Reason Two: Royal Bank of Canada Is Built To Last And Survive Just About Anything

Royal Bank of Canada was founded in Toronto in 1864 and began paying dividends in 1870. Since then, it hasn't missed a single dividend payment.

That means that RY has been paying quarterly dividends without fail through dozens of recessions, depressions, two world wars, and seven killer pandemics.

When the Spanish flu wiped out 5% of humanity? RY kept paying dividends.

Recessions, invasions, 9/11, and economic catastrophes, nothing could stop RY from paying shareholders the cut of its profits.

The last time it cut its dividend was in WWII when ordered by the Canadian government.

Today Canada's big six banks are world-renown for their dependable income, which is why they are a staple in Canadian pension funds, endowments, and retirement accounts.

In fact, they are some of the most regulated banks on earth, with a symbiotic relationship with regulators. Thanks to some of the most prudent risk management in the world, the last time Canadian banks had a financial crisis was in the 1840s.

Reason Three: Some Of The Best Risk Management On Earth

Ultra SWANs like the Royal Bank of Canada aren't "risk-free" stocks; they aren't bond alternatives. Even the safest bank on earth has plenty that can go wrong as part of its risk profile.

The good news is that Canada never got into trouble with subprime NINJA (no income, no job, no asset) loans like the US. Regulators require Canadian banks to hold a lot of their mortgages on their balance sheets.

And those mortgages often come with 30% to 50% down payments and the average duration of a CA mortgage is 5 years, though homes are amortized over 25 years.

The standard mortgage in Canada isn’t the 30-year fixed, as it is in the U.S., but a five-year mortgage amortized over 25 years. That means the loan balance has to be refinanced at the end of five years, exposing the borrower to any rate increase that has occurred in the interim." - LA Times

Now the CA economy might get into trouble if interest rates climb and stay high for many years. Every year 20% of mortgages will reset at higher rates in the worst-case scenario.

Right now, mortgage rates in Canada are 6% to 6.5% depending on the bank and duration.

Canada's debt has climbed to levels that have some people very worried.

So how do Canadian banks stay so safe when their country is the 4th most indebted developed country on earth?

The answer is its rock-solid regulatory framework and conservative banking culture.

CA banks are regulated by the Office of the Superintendent of Financial Institutions (OSFI), an independent agency that reports to the Minister of Finance (the Minister) and the Financial Consumer Agency of Canada (FCAC).

OSFI uses capital buffer regulations on top of the standard 4.5% Tier one capital ratio set by Basel III and just raised its buffer another 0.5% to 11%.

RY's CET 1 ratio has declined a bit in the last year, but that was mostly due to M&A activity, a higher dividend, and buybacks.

And, of course, we can't forget about RY's conservative banking culture.

How do we quantify, monitor, and track such a complex risk profile, including loan underwriting? By doing what big institutions do.

The DK risk rating is based on the global percentile of how a company's risk management compares to 8,000 S&P-rated companies covering 90% of the world's market cap.

RY's risk-management consensus is in the top 16% of the world's best blue chips and is similar to:

The bottom line is that all companies have risks, and RY is exceptional, at managing theirs, according to S&P.

How We Monitor RY's Risk Profile

When the facts change, I change my mind. What do you do, sir?" - John Maynard Keynes

There are no sacred cows at iREIT or Dividend Kings. Wherever the fundamentals lead, we always follow. That's the essence of disciplined financial science, the math behind retiring rich and staying rich in retirement.

OK, so now that you know why RY is the world's safest private bank, here's why it's potentially worth buying them today.

Long-Term Return Potential: You Don't Have To Sacrifice Great Returns For Safety

Management is guiding for 7+% long-term growth. How reasonable is that?

Given that RY has grown at 7% since the GFC and over the last seven years, in a low-rate world, that's pretty realistic.

CA's recession is expected to be as mild as America's and possibly, they might avoid a recession entirely if energy prices rebound.

Meanwhile, Canadian banks are bathing in the benefits of higher rates which has been more than enough to offset a collapse in the capital markets business.

RY offers about 11% return potential, which is on par with many high-yield blue-chip options. The difference is that RY's dividend dependability is the stuff of legend, and it will be a cold day in hell before they cut their dividend.

For a company that rating agencies think will still exist in the year 9,162, a potential 12X inflation-adjusted return over 30 years and a 144X real return over an investing lifetime is appealing.

It's such a safe bank that it only fell 44% in the Great Recession when many financials fell 80%.

I don't know about you, but I feel no need to buy US banks because US banks are plentiful in high-yield blue-chips like SCHD. But banks like Royal Bank? That I can certainly endorse within a diversified portfolio.

From its modest discount, RY offers an attractive 11% annual return potential through late 2024.

Over the next five years, RY might double the market's returns, with a 91% total return.

RY is a potentially good high-yield opportunity for anyone comfortable with its risk profile. Look at how it compares to the S&P 500.

Bottom Line: The World's Safest Bank Offers A 4% Yield Retirees Can Trust In Any Economy

Let me be clear: I'm NOT calling the bottom in RY (I'm not a market-timer).

Ultra SWAN quality does NOT mean "can't fall hard and fast in a bear market."

Fundamentals are all that determine safety and quality, and my recommendations.

While I can't predict the market in the short term, here's what I can tell you about RY.

If you want a true "buy and hold forever" Ultra SWAN with an attractive yield and a dividend that will survive anything other than the literal apocalypse, RY is open of the best choices in this recession. 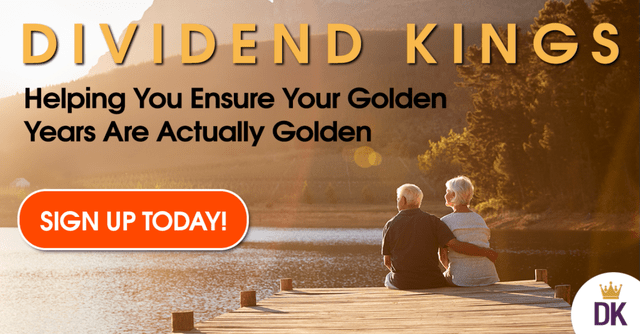 Click here for a two-week free trial, so we can help you achieve better long-term total returns and your financial dreams.