Billionaire and legendary investor Ray Dalio recently said that the dollar-dominated global order is 'fading away', going on to say:

We are now going to have the major powers and their allies form economic, currency, and military blocs.

In this article, we analyze his thoughts on the ramifications of this phenomenon. We also share the implications for the performance of the S&P 500 (NYSEARCA:SPY) moving forward.

Mr. Dalio's theory is based on the assumption that we will see a continuation of the recently accelerating trend away from globalization under an economic system where the U.S. Dollar was effectively the global reserve currency. Instead, we will see the world increasingly divide into competing blocs along military, currency, and economic lines.

He sees this trend continuing in large part because:

each country's populism and nationalism [is] growing in preparation for greater conflicts... conflict with outside powers, most importantly the United States.

He went on to point out that he believes there are greater risks and consequences for a potential war between great powers today than during the Cold War:

because the Soviet Union was never a comparable power to the United States.

In contrast, today we have China which has emerged as a true peer challenger to the United States across the military and economic domains. It is this growing rivalry that is rapidly approaching military and economic parity which is bringing about the end of the U.S. Dollar dominated global order. As a result, countries like Russia are increasingly emboldened in challenging the existing U.S. led global order by launching its military invasion of Ukraine and openly flouting the international Dollar-dominated economic system.

Back on February 26th, 2022 the G7 and European Union responded to Russia's invasion of Ukraine by freezing its U.S. Dollar and Euro currency reserves at the Russian Central Bank (60% of Russia's international currency reserves). Russia's response was to establish a gold price floor for its currency while announcing that Euros were no longer acceptable payment for its exports. Russian Duma energy committee chairman Pavel Zavalny summarized the Russian position by saying:

Let them pay either in hard currency, and this is gold for us, or pay as it is convenient for us, this is the national currency.

With China buying gold hand over fist and its military and economic power nearing parity with the United States, more and more countries may decide to buck the U.S. Dollar "standard" in favor of a different - and potentially more advantageous (at least on paper in the short term) - economic system offered by China.

What are the implications of this trend? First and foremost, it means that economic and even military conflict are increasingly possible. The potential impacts on the SPY are pretty much universally negative.

The loss of the U.S. Dollar's hegemony will likely increase inflation in the United States because foreign economies will have less desire to hold Dollars on their balance sheets. As a result, they will send them increasingly back to the United States, where they will enter circulation and drive up the money supply.

Meanwhile, at the same time, a potential decline in access to cheap labor and crucial raw materials like those found in China, Russia, and Iran will increase the cost of goods and services across the globe, including the United States. In particular, the increasing coziness between the Saudi Arabians and the Chinese and Russians is a troubling trend for the United States because if that trend continues, the cost of energy will likely increase moving forward given that Russia and Iran - two other major oil producers and exporters - are currently on extremely poor terms with the United States and are increasingly being sucked into China's economic and military orbit.

Furthermore, a decline in access to foreign markets through increased trade wars and other forms of economic sanctions could deeply harm many SPY constituents, including many of its largest members such as Tesla (TSLA) and Apple (AAPL) which lean heavily on China for the production and consumption of their products.

Last, but not least, the global recession that would likely result from a severe deterioration in U.S. - China relations, especially if it turned into open conflict or at the very least the severe fragmentation of the world's major economies and supply chains, would undoubtedly hurt the profitability and growth potential of SPY's constituents.

When combined with the fact that the U.S. is already facing significant inflationary and slowing growth challenges - with many calling for a recession this year - the picture for SPY is not pretty. The risk-reward profile is even less attractive when you consider that according to several popular stock market valuation models (including the Yield Curve, the Buffett Indicator, the P/E, and Interest Rate models), the stock market looks to be trading at a meaningful level above fair value.

These are certainly very uncertain times for the global economy and the United States economy - by virtue of its leadership position and close entanglement with and interdependence on other economies like China's - is no exception.

While the current geopolitical and macroeconomic trends and the SPY's current valuation make SPY look like a less than attractive investment at the moment (we rate it as a Hold for long-term oriented investors), there are pockets of opportunity. In particular, Ray Dalio thinks that countries that are relatively sheltered from geopolitical conflict are in a position to benefit as a safe haven for globalism. As he stated:

A study of past wars and logic shows that those who were in the wars were greatly harmed, and those who were not involved in the wars prospered...Those desiring globalization will now look beyond the United States, China and Europe.

He pointed to Latin America as one region which could benefit, highlighting Mexico as an example:

You're seeing a movement of production from China to Mexico because it's cheaper and they can export easily into the United States.

As a result, at High Yield Investor we are steering increasingly clear of major multinational corporations that are highly dependent on trade with China and instead are investing aggressively in businesses poised to profit from de-globalization and/or a shifting of economic demand from China to Latin America. One such pick we really like at the moment is leading Latin American alternative asset manager Patria Investments (PAX).

For a Limited-Time - You can join Seeking Alpha’s #1 rated community of high-yield investors at a steep discount! 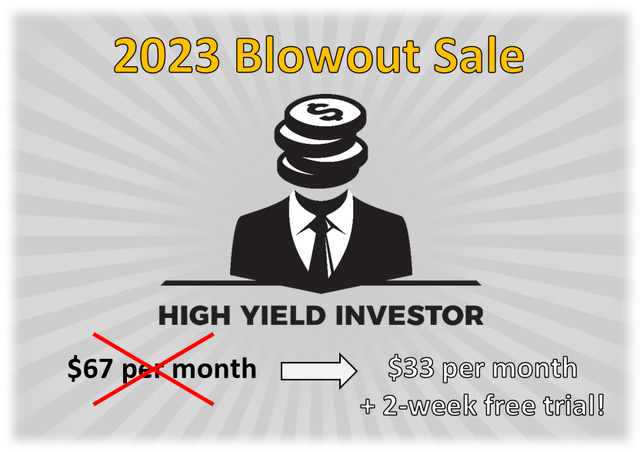 Disclosure: I/we have a beneficial long position in the shares of PAX either through stock ownership, options, or other derivatives. I wrote this article myself, and it expresses my own opinions. I am not receiving compensation for it (other than from Seeking Alpha). I have no business relationship with any company whose stock is mentioned in this article.