How much is enough? 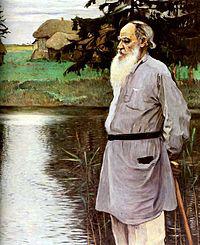 I still vividly remember the Tolstoy short story "How Much Land Does a Man Need?" That story tells of "Pahom" who surprisingly needed much less land than he thought. You'll have to read the story to its very end to find out the obvious.

Eschewing greed has always been a tenet of any covered call strategy. I call my own strategy "Option to Profit", but I don't think that it derived from any Tolstoy influence on me during childhood. I was probably influenced by Soupy Sales and The Marx Bothers much more than Tolstoy. They may have all been clowns, yet they figured out a strategy to propel them to fame and wealth. So far, I have neither, but I do have several color TV's.

When I was younger, I looked at everything through the lens of the "The 1964 Zenith 25 Inch Color TV" metric. I don't think that the word "metric" was really a word then, but like "algorithm," it sounds like you have credibility when you sprinkle casual conversation with those words, especially if you master the art of subliminal suggestion.

In essence, for me the question was always distilled down to "how many Zenith Color TV's, using 1964 prices, could be purchased with the amount of money in question?"

For standardization purposes, a single such TV was about $500 back then. That was a lot of money whether through the eyes of a ten year old or the eyes of an adult toiling away to help pay for technology's newest toy.

I remember when my father was offered a job paying $25,000 a year. Totally unaware of such mundane things as taxes and other asset drainers, I just looked at that sum as meaning we could buy a new color TV each and every week. I never understood why we didn't follow through with that option.

Now, nearly 25 years later, Zenith is gone, your SUV glove compartment is probably bigger than 25 inches and $25,000 isn't really that much.

So how much do you need?

I started using the covered call strategy and ultimately refined it for my own purposed and temperament. I used it to actively trade in and out of positions while I was still getting a regular paycheck. At the time, the income stream was a nice adjunct and I was only devoting about 25% of my portfolio to the strategy.

Now, I've given up the "grind," which as a Dentist, you could interpret literally or figuratively, and have devoted 100% of my stock portfolio to the strategy.

Did I mention that my wife, coincidentally, became known as "Sugar Momma" once I devoted myself to plunking my butt on the La-Z-Boy (LZB) and trading full time? Not because she needed to, but because having me around the house at all times was apparently not terribly appealing to her.

Ever since I've been using the covered call strategy I've maintained that you can generate 2-4% per month of income from your assets. The range is based upon market volatility and investor temperament, particularly regarding the choice of a strike price. That return, however, shouldn't be confused with "profit." My goal is to use my assets to create income, while limiting downside risk in a down market and accepting the fact that my capital gains may be lessened during a bull run.

I'm OK with that.

Even if the market is going down and your portfolio may show paper losses, you can still generate that 2-4% that can become a source of supplemental income or "the source of income"

Since I tend to be a conservative guy, let's make some assumptions.

Firstly, the upper range of the 2-4% return is during periods of market volatility and utilizing near the money option sales. You want higher than 4%, that can be done, too, but you have to also dismiss "fear" as you would need to devote more of your assets to "momentum" stocks or more speculative plays, like Green Mountain Coffee Roasters (GMCR), Amazon (AMZN), Netflix (NFLX) and MolyCorp (MCP), to name a few. Maybe even those "evil" leveraged ETFs and ETNs, such as ProShares UltraSilver (AGQ) and UltraShort Silver (ZSL), Barclays Volatility ETN (VXX) and others. These all reflect the well known axiom "with risk comes reward." Unfortunately, with theoretical risk also comes real risk. If you can't deal with paper losses, these clearly aren't a good match, even if the losses are temporal. You certainly can't ascribe to the tenets espoused by legendary investor Bernard Baruch.

Secondly, the upper range also assumes that most, if not all of your holdings will be hedged, thus creating those larger income streams.

So, now lets assume that it's not very volatile out there and only 50% of your holdings are hedged and you're not a momentum risk taking kind of guy. Instead, you tend to gravitate toward reasonably stable prices stocks such as Dow CHemical (DOW), DuPont (DD), Microsoft (MSFT) and American Express (AXP).

I'll call that 1%. I've always believed in understating returns and running projections based on numbers that are probable, rather than just possible.

So how big of a portfolio do you need to make a monthly 1% income stream become meaningful to you? What is your personal "Pahom" telling you what you need?

Well, let's not forget to put any monthly newsletter or advice subscription fees into the equation if you make use of them.

Subscribers to my premium service require a portfolio value of at least $20,000 to reach a break even point. At a 1% income flow each month, you would just cover the $200 per month fee. The bad news is that if that's all you have in your account, you may be in the 1% for income stream, but you're probably not in the 1% by "Occupy Wall Street" standards. But if you're the social kind, at least you'll have lots of company in the other 99%.

Beyond that, even if you wanted to put the strategy into effect and accept a 0% income flow, after your subscription costs, $20,000 really isn't enough to be diversified and have some pricing efficiency, even with your Uncle Vinnie acting as your discount broker.

So, you can easily do the math at different asset levels and different income stream rates to see just how much additional income you need to make a meaningful change in your life.

Using a broadly distributed statistic, if you had a portfolio valued at $1,000,000 and withdrew 4% each year, you would never outlive your principal.

Of course, that little nugget of mathematical fact assumes that you'll be retiring relatively late in life. It also assumes that you have $1,000,000 and would be just fine getting along on only $40,000 each year.

You will need more and you'll obviously need to beef up your account to get there.

You may have your own metric.

Obviously, the next question is how much would it take to make a meaningful difference in your life?

I'm also assuming that your investments are discretionary. That is, you're not playing with money that you may need in a moment of desperation. Those moments always seem to come when you're stocks are at their low points. There's nothing worse than taking losses, unless it's taking losses when you're arm is being twisted to do so.

Been there. But you'll have to read "Option to Profit" for the story.