Before I go any further, I know someone is going to say that this idea is ridiculous.

Some other readers will be shocked that I didn't refer to the classic "Seinfeld" episode. We all know that no one is going to succumb to someone else's occasional double dip, unless the mayonnaise has already gone south. In that case, it's the Center for Disease Control's problem, not yours. 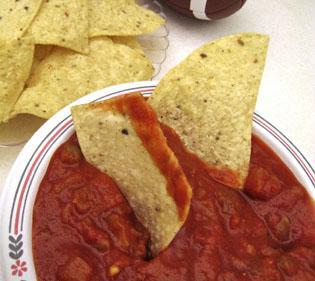 "You can't possibly get both the dividend and an option premium and expect that you got a great deal on your trade, because the market is efficient and discounts the option premium to reflect the upcoming ex-dividend date."

Although by the time you read this, today's Double Dip Dividend recommendation to subscribers, Abercrombie & Fitch (NYSE:ANF) may have already reached its ex-dividend date. No matter. It's just illustrative and through the modern miracle of quarterly dividends will come down the road again.

For those who do things like calculating ROI for each of their trades, assuming that shares are assigned on Friday, the three-day holding delivers an est. 1.8% ROI after expenses. Note that includes a miniscule, if any, net profit on the underlying shares, while the dividend contributes 0.5%. Is Abercrombie so volatile as to offer a 1.3% option premium for less than three days of holding? Is it in the category of a volatility option, such as Barclays Volatility ETN (VXX) or a leveraged short silver ETF, such as ProShares UltraShort Silver ETF (ZSL)?

No, it's just imperfect pricing due to inattention.

The story, in least in the short term, may have gotten even better, as I purchased an additional lot of shares as the market headed downward in the morning. The next lot's share price was $34.68 and offered a $0.35 dividend and a 2.3% ROI if assigned on Friday.

Investor psychology plays a role in the Double Dip Dividend strategy. But since its really an exploration of option buyers, it's probably inappropriate to refer to it as "investing." In fact, the singular focus on quick gains may even make an assessment of psychological overtones impossible, a the irrational may take over from logical behavior.

In the case of dividend paying stocks, an options contract buyer is likely to exercise his option if the underlying shares are well within the money just prior to the ex-dividend date. But that will be so only if it remains in the money after subtracting the dividend payment from the share price near the close of trading. That part of their thinking is logical. Wait until the last minute to exercise and only if there will be profit to also be made on the shares themselves.

Option contract buyers are also consistent, though, in being reluctant to exercise their options well before expiration dates. That's because, after all, the point is making use of leverage and not shelling out the big bucks to buy shares just to capture a dividend, especially if it means tying down your money for an extended period. An extended period may be defined in terms of hours.

In the Double Dip Dividend strategy the idea is to look for dividend paying situations, purchase shares as necessary, and then sell call options either near the money or in the money. In the most ideal circumstance, you'll actually make your purchase at a price that is already near the strike price of choice.

But let's look at Abercrombie once again. What if someone decides to grab the dividend? What then happens to your ROI? In this case, the return for a single day of holding is 1.3%.

There is nothing particularly magical about stock selection, other than they should only represent stocks that you wouldn't mind holding if shares were not assigned. Of course, in that case you then create your additional income streams by selling call options at appropriately chosen strike levels until your shares are assigned. I usually do try to stay away from initiating a purchase if there is an earnings report ready to be released. I prefer certainty to surprises.

Since many dividend paying stocks do not have weekly options available to traders, understanding the psychology component is even more valuable, particularly if the dividend is to be paid early in the option cycle. In such cases, I have held shares that even when deducting the dividend payment were still well within the money, but went unassigned. Who would have predicted? Certainly not someone who believes in efficient pricing models.

To me, logic would have dictated that the option be exercised and then the shares flipped if one didn't want to be left holding an unleveraged holding. However, there is enough of an option buying population out there that doesn't think of such things, and may in fact not even pay attention to dividend dates, as they don't focus on the mundane details that accompany longer-term outlooks.

Their loss can easily become your gain.

Dip in, the salsa is deep.