Was the March 2009 low the end of a secular bear market and the beginning of a secular bull? Without a crystal ball, we simply don't know.

One thing we can do is examine the past to broaden our understanding of the range of possibilities. An obvious feature of this inflation-adjusted is the pattern of long-term alternations between uptrends and downtrends. Market historians call these "secular" bull and bear markets from the Latin word saeculum, which means "long period of time" (in contrast to aeternus or "eternal" -- the type of bull market we fantasize about). 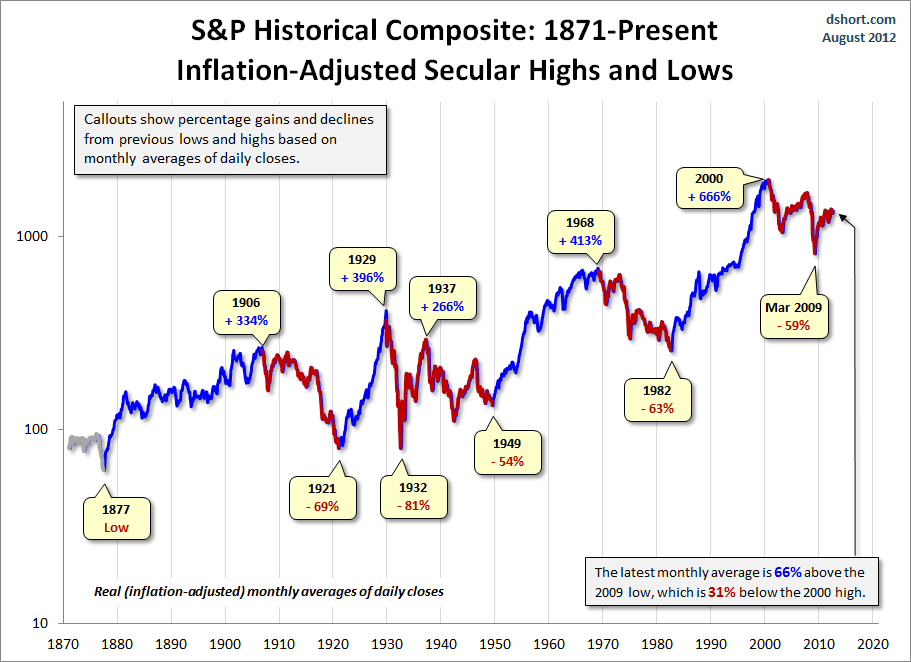 If we study the data underlying the chart, we can extract a number of interesting facts about these secular patterns: 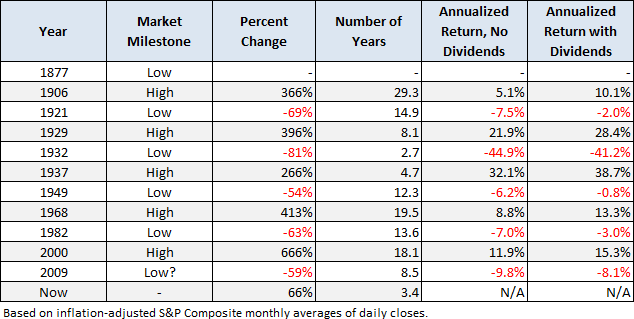 The annualized rate of growth from 1871 through the end of June (the most recent inflation data) is 1.96%. If that seems incredibly low, remember that the chart shows "real" price growth, excluding inflation and dividends. If we factor in the dividend yield, we get an annualized return of 6.60%. Yes, dividends make a difference. Unfortunately, that has been less true during the past three decades than in earlier times. When we let Excel draw a regression through the data, the slope is an even lower annualized rate of 1.73% (see the regression section below for further explanation).

If we added in the value lost from inflation, the "nominal" annualized return comes to 8.82% -- the number commonly reported in the popular press. But for a more accurate view of the purchasing power of the market dollars, we'll stick to "real" numbers.

This last bullet point probably comes as a surprise to many people. The finance industry and media have conditioned us to view every dip as a buying opportunity. If we realize that bear markets have accounted for about 40% of the highlighted time frame, we can better understand the two massive selloffs of the 21st century.

Let's review the same chart, this time with a regression trend line through the data. 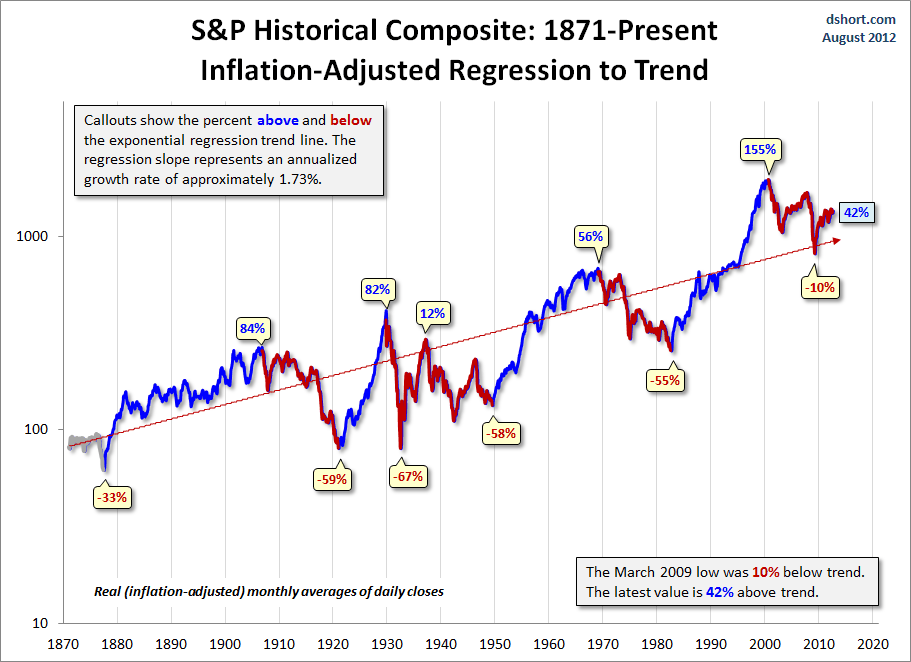 The chart below creates a channel for the S&P Composite. The two dotted lines have the same slope as the regression, as calculated in Excel, with the top of the channel based on the peak of the tech bubble and the low is based on the 1932 trough. 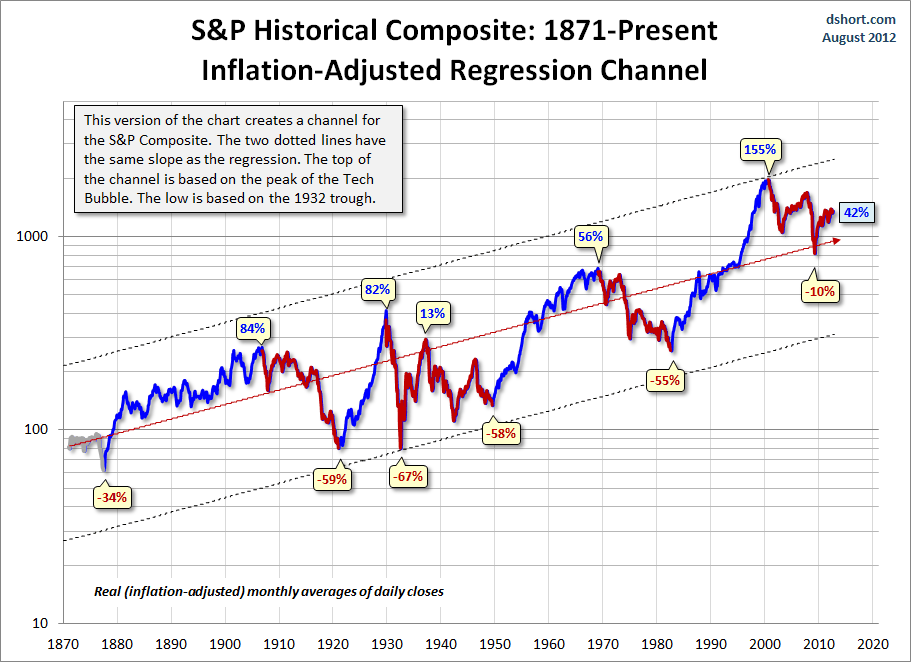 Historically, regression to trend often means overshooting to the other side. The latest monthly average of daily closes is 42% above trend after having fallen only 10% below trend in March of 2009. Previous bottoms were considerably further below trend.

Will the March 2009 bottom be different? Only time will tell. Meanwhile, during secular bear markets, investment based on trend-following, such as monthly moving averages, has been an effective strategy.