I'm not a conspiracy theorist.

Its not that people don't try and hatch conspiracies every chance they get. They do. It's just that people, as a rule, aren't very good at keeping conspiracies a secret. When it comes to conspiracies, I believe in the Square Rule. The Square Rule is simple: Take the square of the number of people in on a secret and add a % sign.

When it comes to analyst's coverage of Nokia (NYSE:NOK), however, I'm beginning to wonder if Mulder and Scully weren't onto something. Maybe there is a menacing Cigarette Smoking Man in a bespoke black suit somewhere growling "tank the stock" into a satellite phone while stubbing a Marlboro out with his shoe.

Mistakes happen. I've made them myself.

For example, in my previous article, I stated that Nokia's Lumia line would be sold at 13,892 stores within the U.S. As one of my readers noted, the real figure is actually much higher, due to aggressive AT&T expansion over the last 18 months.

Nevertheless, it's one thing to make an error if the correction re-enforces your thesis; it's quite another if the error defines your thesis. If I'm guilty of understating Nokia's carrier coup, then Bloomberg is surely guilty of overstating the telecom companies woes. Bloomberg quoted Nokia's burn rate is $300 million a month, a mistake that was replicated all over the internet. (The actual figure is $290 million a quarter.)

More troubling are the errors of omission. For example, Nokia has provided guidance to investors that it intends to reduce its OpEx (operating expenditures) over time to an annual run rate of just $3 million euros.

Was this widely reported? No.

Or how about the fact that Microsoft has agreed to pay Nokia $250 million dollars a quarter for adopting its Win8 phone platform. (Says so right here in Nokia's Q4 2011 quarterly earnings report.) This "platform support" payment is one of a series of payments that Microsoft intends to shell out to protect Nokia's flagship Lumia line. This is a 5+ year subsidization agreement that represents up to a multi-billion dollar investment by Microsoft in Nokia's success.

Was this widely reported? No.

I decided to dig and see if anything else might have conveniently slipped through the cracks during Wall St.'s recent pogrom against the stock. And what do you know? A few things did.

Microsoft is paying a part of subsidy to release HTC Windows Phone 8X on all three US carriers. Thanks to the fairly reliable tipster "MS_Nerd", we now have a working hypothesis as to why Nokia agreed to let AT&T (T) have an exclusive on the Lumia 920:

Typically, carriers and OEMs would be jointly responsible for subsidizing phone cost for consumers, so if this rumor is true, it would be a significant plus for Nokia, especially since Microsoft as a platform provider is now involved in subsidizing the Lumia's development.

Verizon's Chief Marketing Officer, Tami Erwin, is letting everyone know that Verizon will be carrying multiple Windows Phone devices later this year. According to CNET:

Verizon Wireless will be selling multiple Windows Phone 8 devices in the fourth quarter.

The nation's largest carrier hasn't been the most enthusiastic partner to Microsoft and the Windows Phone platform, but Verizon appears to be more bullish.

The site PhoneArena is claiming to have the Verizon roadmap for upcoming devices, with November tentatively penciled in for the Lumia release.

AT&T is accepting pre-orders on the Lumia 920 beginning on October 21st, according to WPCentral. WPCentral now has multiple confirmations, including "a confirmation via a well placed source in AT&T" that the Lumia 920 will be released in stores on Sunday, November 4th.

At the center of attention was the January 2014 5 strike, where 58,142 calls were traded -- most of them off the ask price, suggesting they were bought. These bullish bets crossed at a volume-weighted average price (VWAP) $0.37. Open interest at this strike soared by 55,427 contracts overnight, signaling the initiation of new positions. In order for yesterday's longer-term traders to realize a profit from their bought-to-open LEAPS calls, the stock will need to rally above $5.37 (strike price plus initial debit paid) by January 2014 expiration -- which is the equivalent of a 107% increase in the shares.

Nokia isn't feeling the same kind of love in the short term.

Only one analyst has deemed the security worth of a "strong buy" rating, while 13 "holds" and nine "sell" or worse suggestions have been handed out. What's more, the security's average 12-month price target sits at $2.33, representing a discount to Wednesday's closing price of $2.60.

Nokia will report it's Q3 earnings on October 18th. It's worth noting that NOK has bested analysts' bottom-line estimates in three out of the past four quarters.

Lumia 510 Gets The Green Light in Indonesia

The lower-end Nokia 510 Windows Phone aka RM 889 (code name: Glory) has just passed certification and been given the green light for sale in Indonesia. 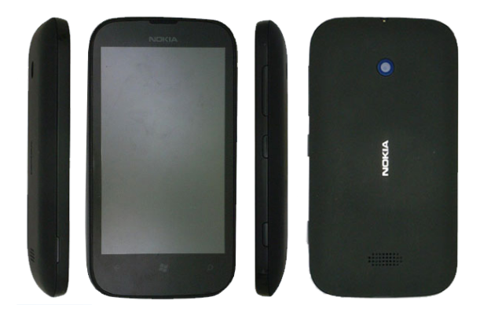 Indonesia is the second-largest market for feature phones after China. A study of the Indonesian market by InMobi found that:

Stock prices are determined by the prevailing narrative at any given time. For analysts, there is always pressure to Be Like Mike.

Case in point: Less than a month ago, analysts were hastily revising their Apple (AAPL) estimates. Apple was "going to the moon, Alice, straight to the moon!" Now, all you hear is crickets. What happened to all those bullish forecasts? Apple Maps?

Nokia appears to be addressing many of its weaknesses in a timely and effective manner. The carriers are in place. But more importantly, the bear's thesis seems to get weaker with every news cycle.

I'm going to go out on a limb and predict that Nokia will capture 10% of the U.S. smartphone market within 6 months, predominantly at the expense of HTC, Samsung and Motorola. While my near term price target remains $3.15, I'm upgrading 12 month target in light of events to $4.50.